Project in the spotlight: Kienbaum (DE)

Designing a modern workspace with more space and flexibility

Inspiring. Different. These words describe Kienbaum, an international-based consulting firm with headquarters in Germany. However, we might as well include these two words in the description of their new workspace in Cologne, which was refurbished after the company relocated from its previous location in Gummersbach. But what is it that makes this workspace so inspiring and different? We met the three architects, Laura, Daniel and Dominic from Sam and Plankton, for a talk about just this and how they have successfully managed to bring the company values to life with architectural and functional solutions.

Contrary to what might be expected for a project of this kind there was no strict briefing to the architects in the initial stages. This was with good reason as Kienbaum had one wish: a workspace providing more space, one that is more flexible and more modern in comparison with its previous workspace in Gummersbach. And so, with this one wish, the architects were given free rein to work out a plan that would accommodate this request.

As a consulting firm the methods by which the various company divisions work inevitably vary. This resulted in different requirements, both from a functional and an acoustic perspective.

For instance, some divisions have a lot of one-on-one discussions and candidate interviews that require a certain level of discretion. Other divisions are dominated by work that is very team-oriented where open spaces are preferred to spur creativity. This lead to the creation of different areas; from communicative working zones, traditional work areas, meeting points to more creative and free work areas.

To achieve a sense of unity between the separate work zones, the architects highlight how the furniture played a crucial role, and that is, among other reasons, why BuzziSpace was ultimately chosen. Apart from this, the architects also point out how the furniture aligns with their design approach, which is focused on using strong yet clear objects and forms to create complex spatial perceptions.

Laura says, “The furniture from BuzziSpace has these qualities. It speaks a very powerful and clear language. Its size and curvature simply lend a spatial effect to such open and large spaces.”

These qualities also proved to be essential in solving a major challenge facing the architects. The new workspace in Cologne consists of an office wing and a laboratory. The office wing was made ready, so it was primarily the open space of the laboratory that needed refurbishing.

Therefore, to create a workspace accommodating the wish of Kienbaum not only entailed the design of a new, spacious and modern workspace, but also to connect an existing, and almost finished, office wing with a raw space like the laboratory.

The nature of the two workspaces is very different. For example, the laboratory has hard surfaces, high and hard ceilings, hard floors and hard walls. Rather than trying to align the structure of the laboratory with that of the office wing, the intention was to emphasize the differences. Again, the furniture played a crucial role.

For instance, when devising a plan for the laboratory room, it was very important for the architects to preserve the spaciousness of the room and still create naturally emerging acoustics. Instead of using room dividers and walls for acoustic purposes, acoustic installations were limited to furniture and carpets to keep the spatial structure intact.

In general, the architects sought to maintain existing spatial structures, also in the large foyer, which acts as the main axis running through the entire building, almost like a street running through a town. To really emphasize this feeling of a public road, the architects sought to find furniture that would reflect this space character. Therefore, they chose to work extensively with the BuzziPicNic tables.

Dominic says, “Utility is directly translated into the form. This way, there is little doubt about the potential of the furniture.” And this holds particularly true for the BuzziPicNic. With the installed electrical connections, the tables are not only aesthetically pleasing but also extremely useful.

Apart from the BuzziPicNic, the BuzziMe also takes up a prominent role in the large foyer. Since the refurbishing, this oasis has received great feedback from employees, who often use the chairs for occasional calls or one-on-one discussions.

Overall, the project has been praised by everyone at Kienbaum. And by now we can conclude that the architects successfully solved the task that was assigned to them. They made Kienbaum’s wish come true: a new workspace that is spacious, flexible and modern, and one that’s without a doubt inspiring and different – just how it should be. 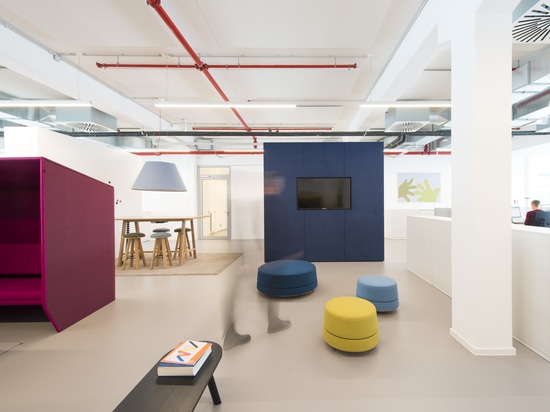 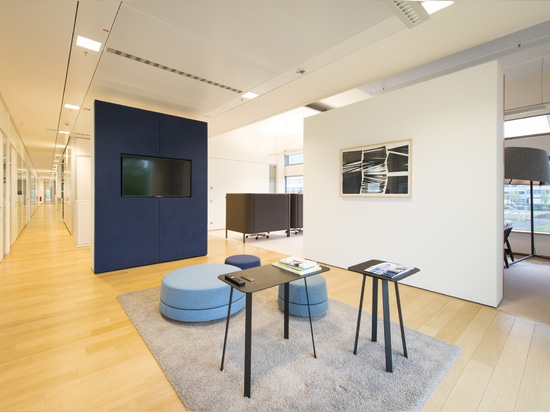 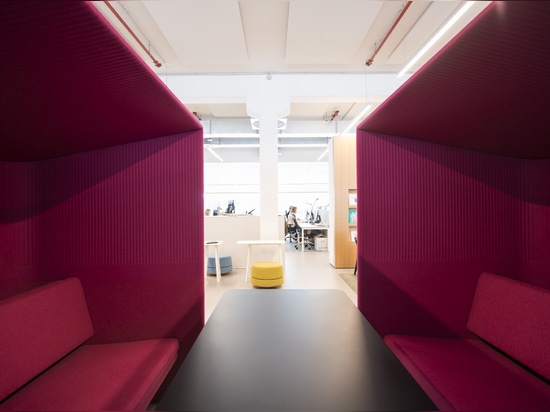 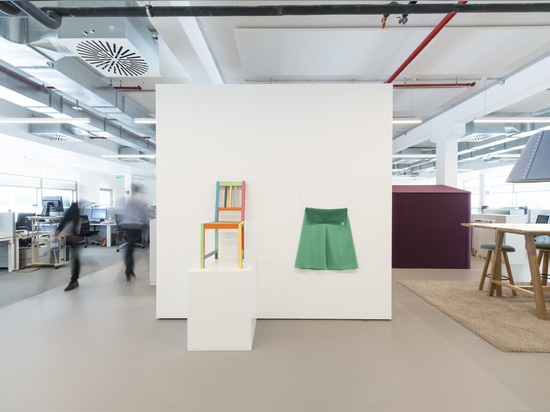 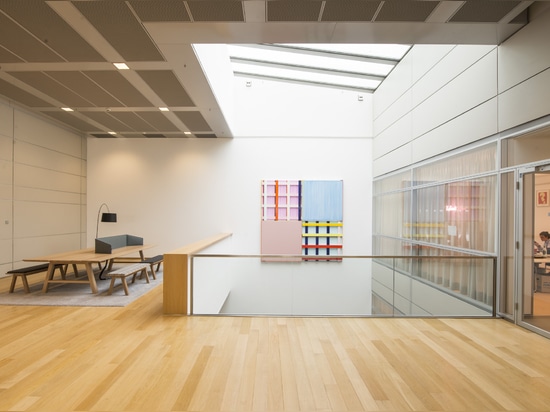 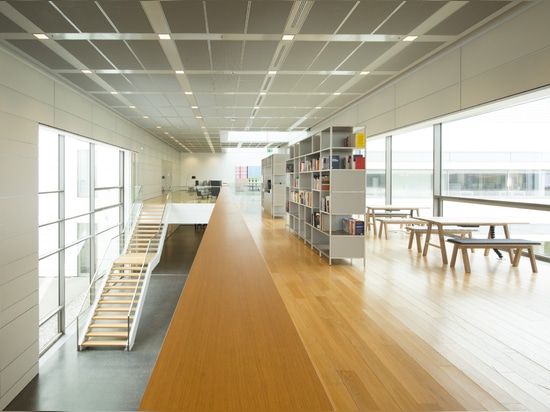 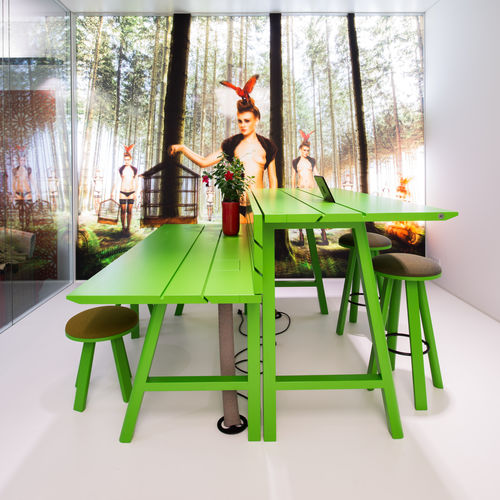 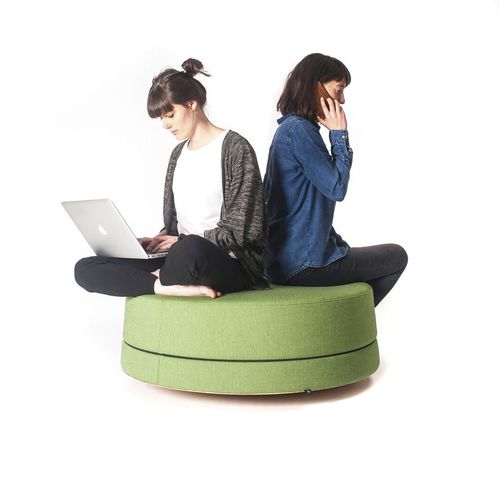 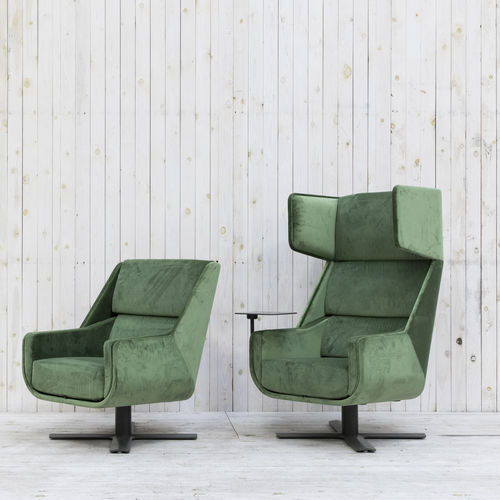 A Case Study with UK-based Puppet

Let’s face the facts. Open plan workspaces encounter several acoustic challenges that their closed counterparts steer clear of. Still, more organizations prioritize an open office layout. The reasons are many and they all seem to far overshadow the disadvantages. Open offices offer employees a high degree of flexibility and open possibilities for collaboration. At ... 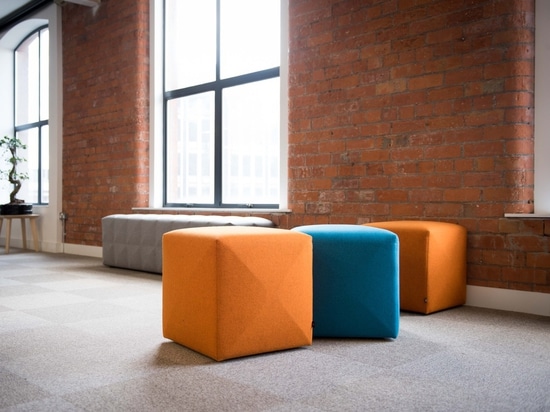 Reducing Noise in an Open Office Reducing Noise in an Open Office
*Prices are pre-tax. They exclude delivery charges and customs duties and do not include additional charges for installation or activation options. Prices are indicative only and may vary by country, with changes to the cost of raw materials and exchange rates.
Compare
Remove all
Compare up to 10 products