Ever since it was founded by the Ancient Greeks in 600 B.C., Marseilles has always been a city of migration and trade. La Barquière rises in a green oasis in the 9th arrondissement, at the corner between Avenue de la Barquière and Avenue de la Soude.

The redevelopment of the entire complex was entrusted to Pietri Architects, who won the third prize in the Façade Cladding category at the 11th edition of the Grand Prix.

La Barquière results from the division of a private plot of land on which rose an 18th-century Provençal-style house that the owners decided to keep intact. An urban oasis runs along the western side of the house where the family lives. For the remaining 3,912 sq.m, Constructa and Eiffage Immobilier have developed a project that includes 62 housing units. The units are served by two staircases and are distributed in a six-storey building comprising two levels of penthouses and two additional levels of underground parking for a total of 77 parking spaces. On the northern side, there is a 991 sq.m municipal sports facility with a football pitch and skateboard ramps.

The façades are clad with porcelain stoneware tiles that recreate a three-dimensional wave, which seems to emerge from the sea. These bright white tiles hint at the white houses of the Mediterranean and reflect the sunlight, making the cladding of the northern side of the building iridescent.

The choice of the porcelain stoneware cladding stemmed from the need to break the excessive orthogonality of the northern side of the building and to make it resonate with the changing Mediterranean light. That’s how Ondina came to life, a collection designed by Pietri Architects with the help of a 3D printer and manufactured by Casalgrande Padana. The strength and purity of white blend with the three-dimensional motif created by two inverted rectangular tiles, faceted by an arched design along the diagonal. These tiles are laid randomly with alternating joints, thereby creating a myriad of hues and effects, depending on the season and time of day or night.

Jean-Baptiste Pietri describes himself as a romantic rationalist, an oxymoron that summarises the architecture of this residential complex, which blends horizontal and vertical movements. The façades of the building feature both wavy and straight lines. Continuous balconies sway along the white south-western façade, but on the north-eastern side, the lines become straight and sharp, and the façade is clad with a faceted white mosaic. The play of light of the porcelain stoneware façade changes as days and seasons go by, accompanied by the blue colour of the sea and the sky.

The lush vegetation gives the complex an urban feel. On the upper floors of the building you can enjoy the view of the bright blue colour of the Mediterranean Sea.

The candid white colour, a constant in the architectural composition, enhances the shapes of La Barquière, which alternate from sinuous like the waves of the sea to straight, sharp and vertical. 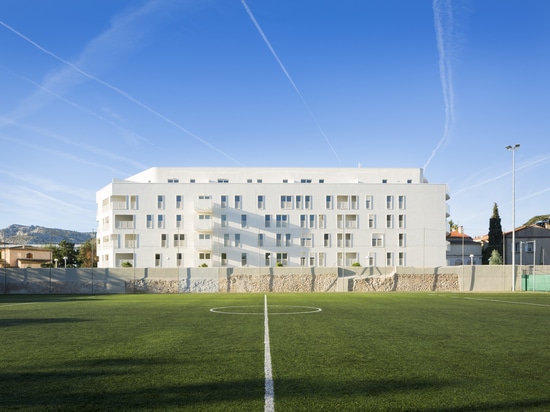 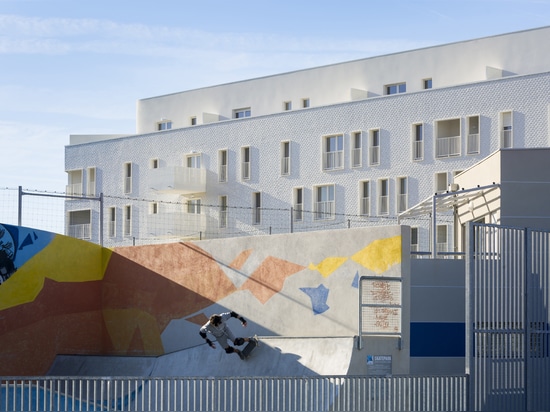 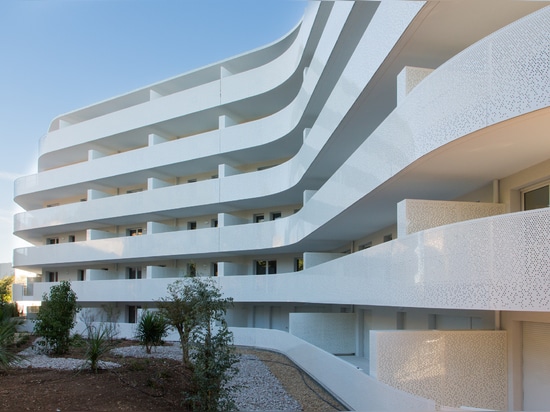 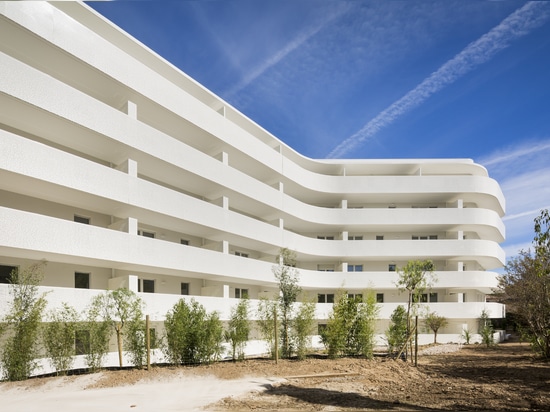 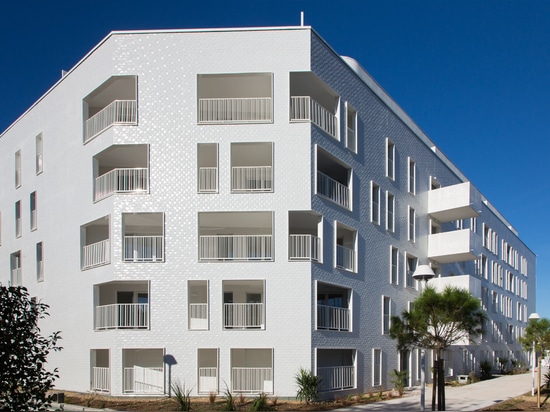 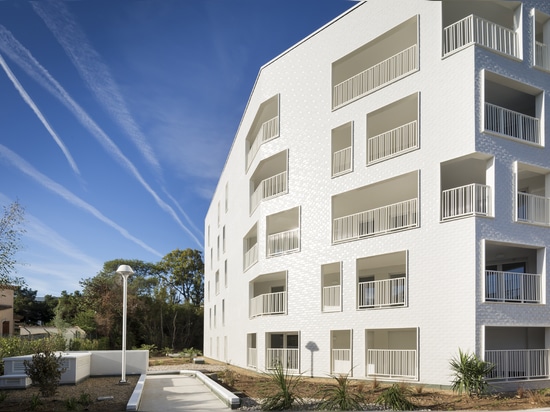 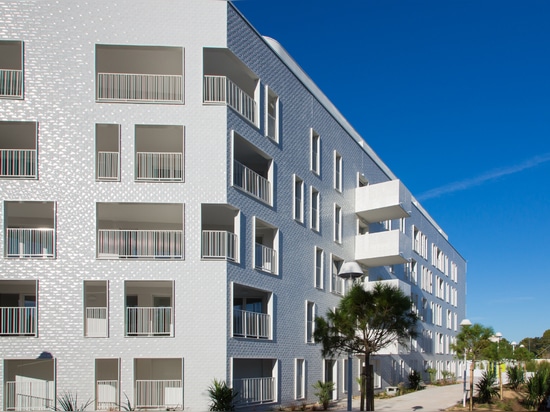 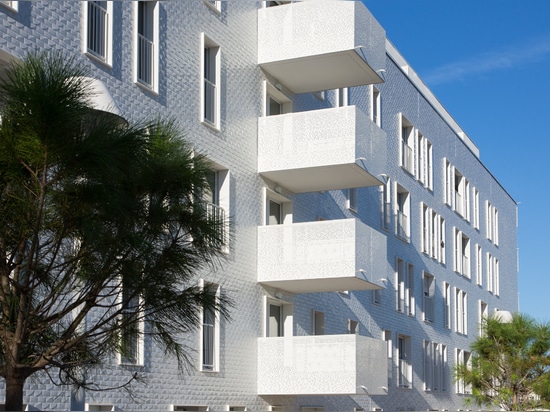 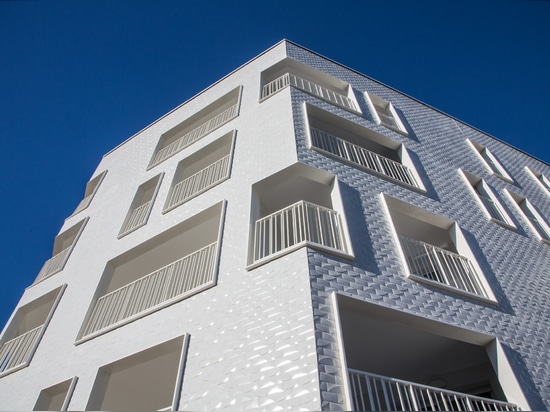