Swiss architecture firm Heurzog & de Meuron has designed a new stadium in Bordeaux for the European football championships taking place next year. The 42,000-seat venue will be host a total of five matches during the UEFA Euro 2016 and will then be home to Bordeaux’s club, FC Girondins de Bordeaux, in addition to hosting rugby matches and music concerts.

Though very contemporary in its design, there is nonetheless something classical about the stadium’s exterior. An expansive, open stairway leads visitors up through rows of slender columns and under the sharp-edged, rectangular roof. The columns seem to cascade from the roof to blend seamlessly with the stairs. This space around the bowl is at once protected and open, acting as a subtle connection between interior and exterior.

A ribbon-like structure weaves through the columns and around the bowl, creating a sense of movement that is accentuated by the thrum of the crowds. Here are found food vendors and other visitor services.

The bowl itself is elevated and divided into four sections across two superposed tiers. Raising the bowl allowed for the programmatic spaces to be evenly distributed beneath. Within the plinth, VIP spaces can be found to the east and west, while the media areas are located next to the spaces dedicated to players.

Located outside of the city, the stadium’s design is a reflection of its surroundings. The flat, open landscape is dotted with more modern buildings, like the vélodrome and exhibition center, that have little to do with the iconic limestone buildings of Bordeaux’s historic city center. “Much of what we perceive as elegance in Bordeaux results from its unity and homogeneity of scale and materiality and from its precision and purity of form. We could not copy this, but we certainly learned from it,” explained the architects. So, despite the comparisons that could be drawn, the stadium’s long lines and overall simplicity are a reflection if its location and its purpose as a new hub of activity within the community. 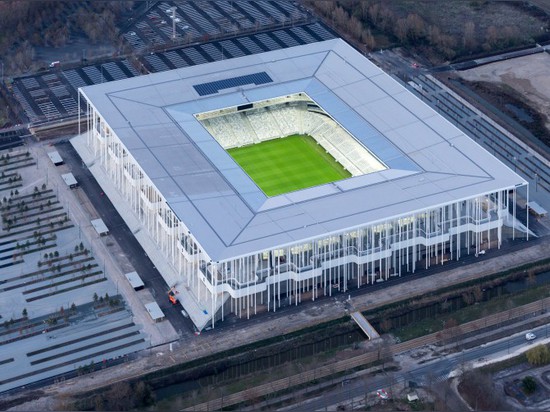 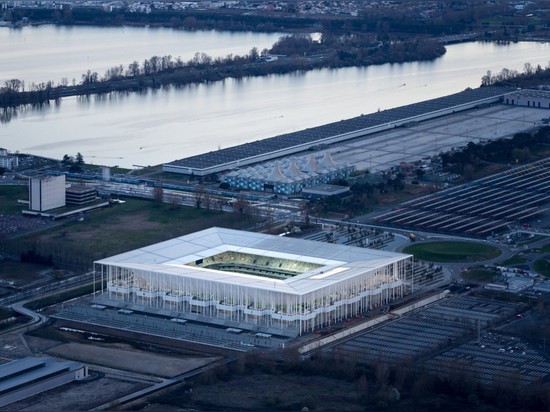 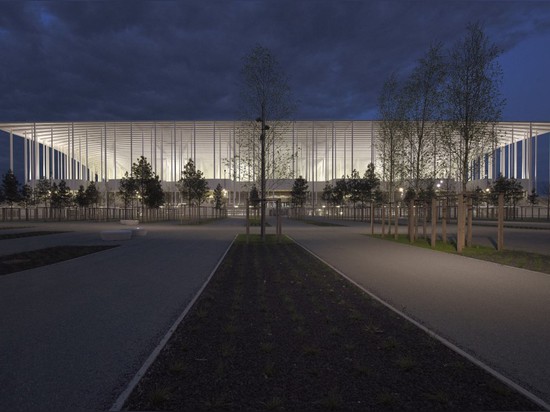 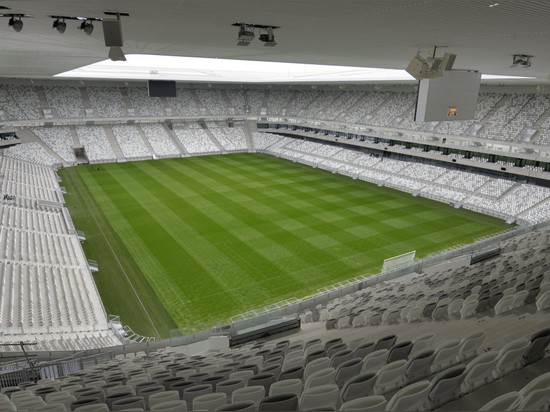 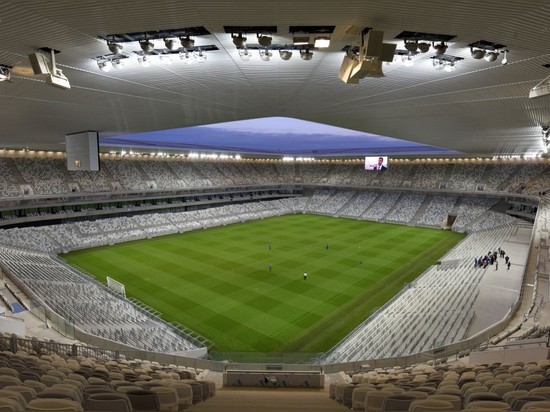 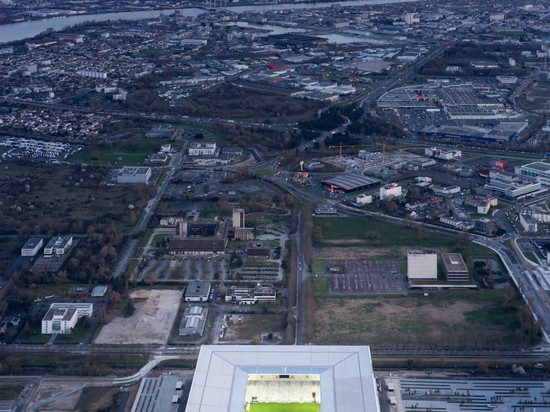