Jelly Button Games and Hamutzim Studio are two separate companies that share the same founders and the same workspace in South Tel Aviv. The space is a former home and art studio located in an industrial loft that is typical of the neighborhood. Israeli architect Roy David was presented with the challenge of creating an office that allowed the two companies to work separately without stifling the flow of creative interactions between the two groups.

Three wooden steps separate the two offices, each of which is situated on a different level, but partitions are minimal to encourage visual contact. The entire space is divided into three different categories: public, semi-public and private. At the core of the design is the public area which serves as a hub for interaction and creativity, while the other areas “ripple out” from the center. Private areas on the periphery include meeting rooms, work spaces and a gaming room.

Staying true to the loft’s origins, the chosen materials are simple and industrial. Concrete floors, exposed iron pipes, white walls and a white industrial ceiling make up the minimal canvas. The custom furniture and lighting is also made from natural materials such as oak wood, iron and OSB. Local street artists were enlisted to decorate the support columns with colorful, lively murals that tie the space together.

The office also includes a couch-filled library for relaxation as well as a kitchen and dining areas that are part of the community space. A communal dining table encourages employees to sit together and exchange ideas.

The overall layout creates a harmonious interaction between public and private that lets both companies function independently but creates a thriving creative hub within a framework that reflects the company’s common values. 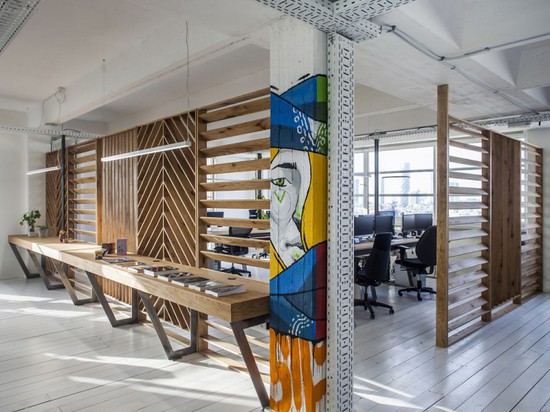 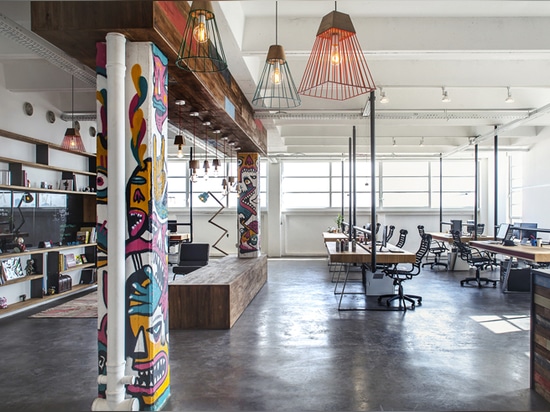 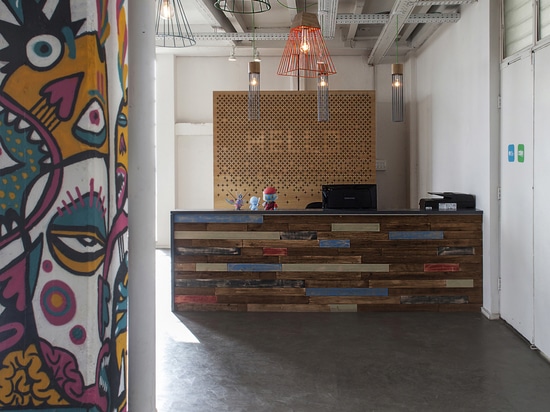 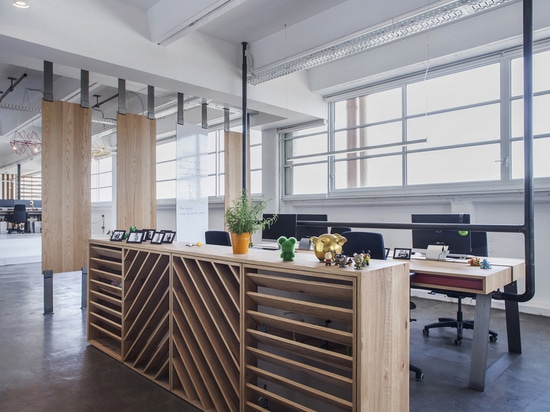 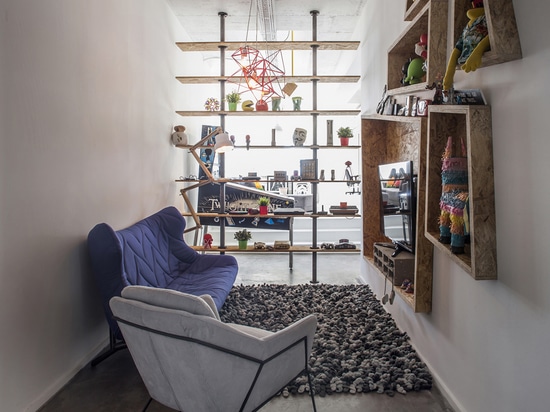 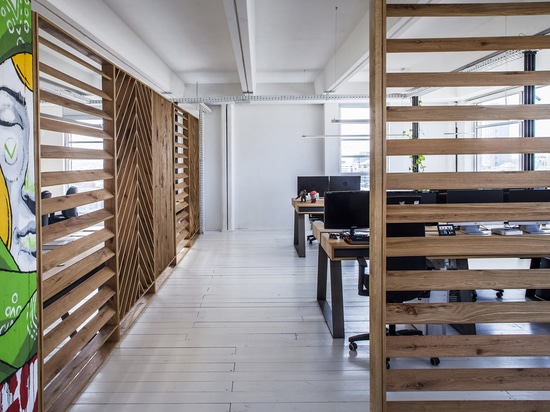