A quirky twist on the typical London house extension

London-based architect David Kohn has completed the extension of the Sanderson House in the London borough of Islington. Named after its occupants, Sanderson House is the home of British shoe designer Rupert Sanderson, his wife and their three children. The project transforms what was historically the home’s scullery into a modern kitchen, dining and reading space.

The rear face When initially explaining the project to the clients’ children, it was described as a fox in the garden, an idea which ultimately stuck. Although not the literal face of a fox, the triangular form at the top of the extension has something decidedly fox-like with the small circular window resembling an eye and the narrow point resembling a snout.

The playful brickwork emphasizes the illusion. Rather than use yellow brick to match the rear facade of the semi-detached villa, Kohn decided to give the home two faces by covering the extension in red brick to match the home’s front facade. Laid in varying patterns, the brick imitates a fox’s coat as well as reflects the geometrical relationship between the extension and the original building.

Sliding glazed doors give the interior direct physical and visual access to the expansive garden. An arched window in the original building overlooks the new dining area and aligns with the high circular window, which frames a tree in the distance. The window also brings light deeper within the home.

Instead of purely physical barriers, Kohn used color and materials to demarcate the space. The kitchen is painted a bright yellow, while the rest of the space is covered in blue and turquoise. Concrete pillars stand between the kitchen and dining area, and parquet mats integrated into the poured concrete floor also designate different spaces.

To complete the extension, an awkward corner of the garden was transformed into a sunlit reading space. 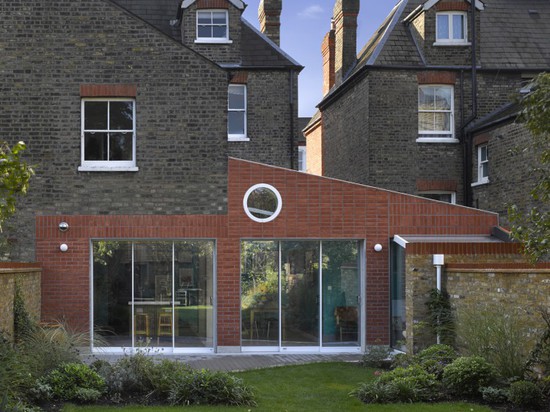 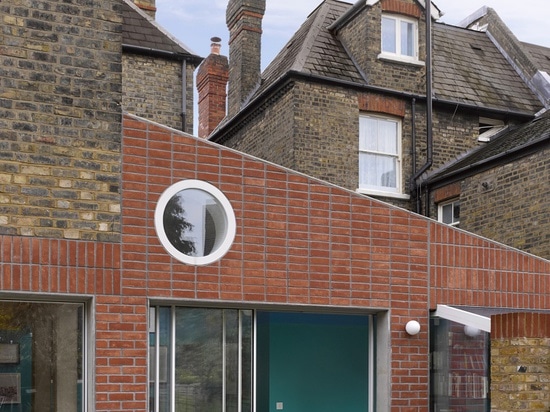 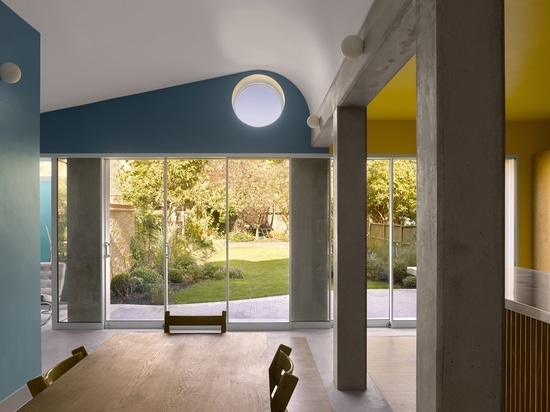 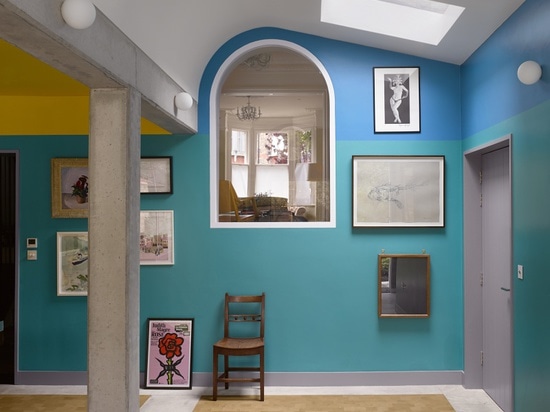 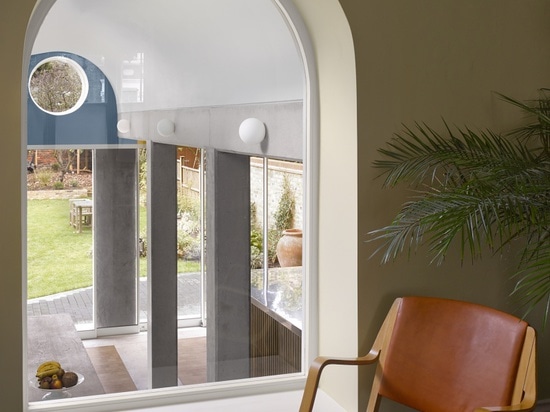 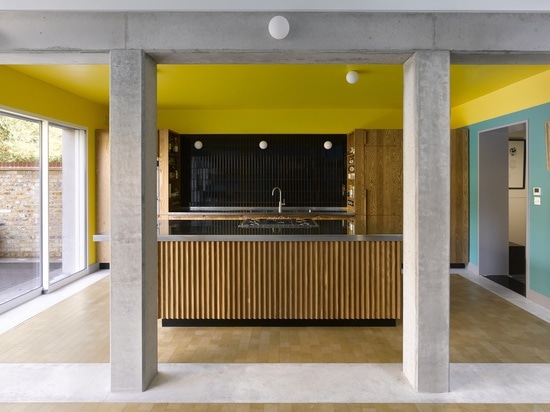