As to be expected, the interior is heavily branded; it’s rife with Coca-Cola memorabilia, pops of the brand’s signature red, and is peppered with iconic Coca-Cola bottles used for both lighting and art. One of the project’s most notable features is a wall composed of 5,000 recycled bottles.

Designer Stuart Haygarth created a comet-like piece specially for this project; composed of 80,000 acrylic “ice chunks” and illuminated by LEDs, the chandelier is suspended by ultra-fine wires, and hangs from the second floor into the the reception. 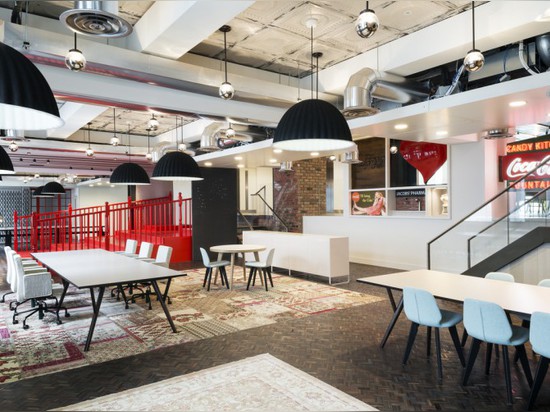 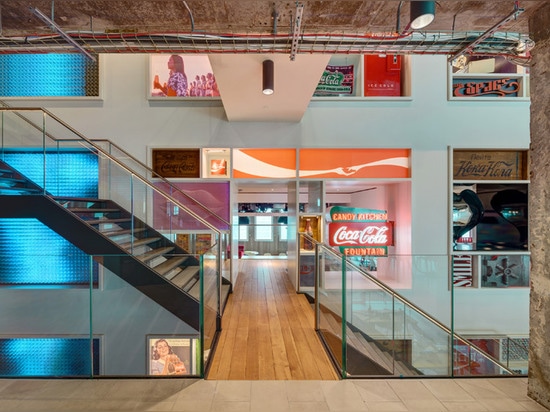 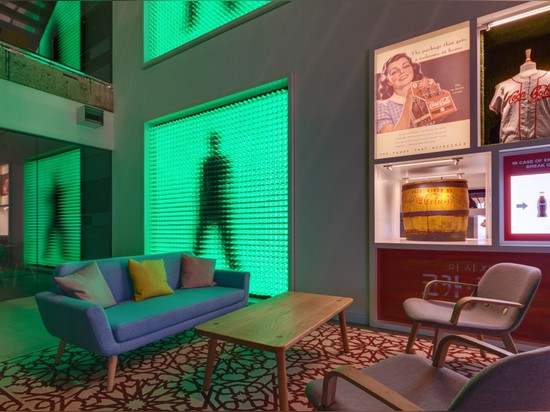 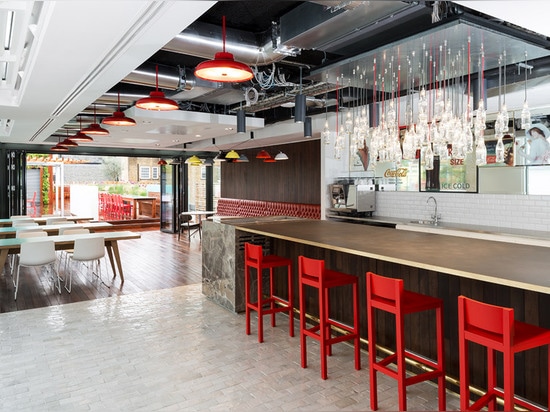 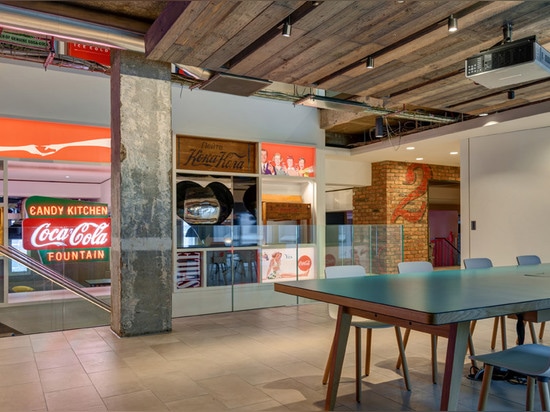 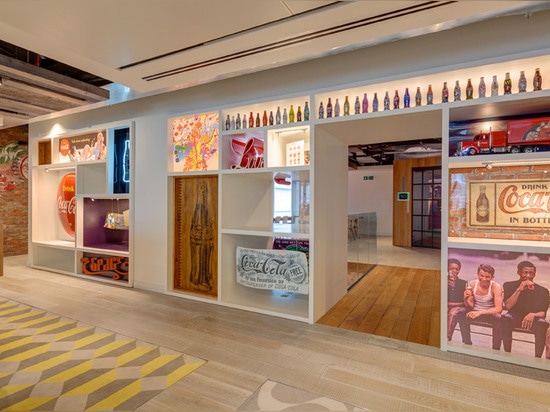