A concrete beach house on the coast of Argentina

Casa MR by Luciano Kruk Arquitectos is a 2014 project located in Costa Esmeralda, Buenos Aires, Argentina. The 150-square-meter house, which lies against a backdrop of rugged dunes typical of the Buenos Aires coastline, is a weekend house that the architect was commissioned to design on a limited budget and with the qualities of the location in mind.

The 20 meter wide by 50 meter deep site is marked by a steep, transverse slope which runs throughout the length of the lot. Wishing to make no changes to the topography of the site, the architects decided to split the project into two simple sections that crossed at right angles so that the elongated lower section would rest longitudinally on the lower area, with the upper section transversely supported on high ground with an overhanging opposite end.

The living areas of the house and one guest room are found in the lower section of the house, while the upper section contains two bedrooms for the family, with a series of vertically placed rustic quebracho wood planks which have been strategically separated to create privacy and protective shade. 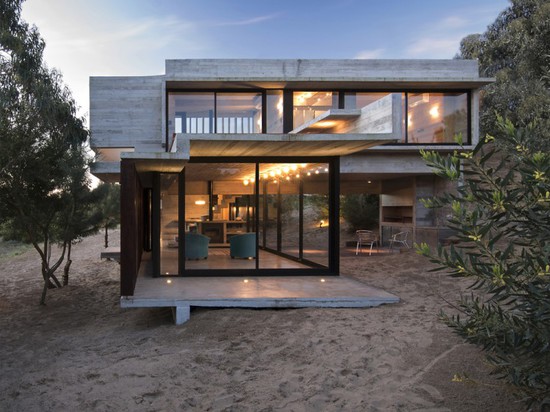 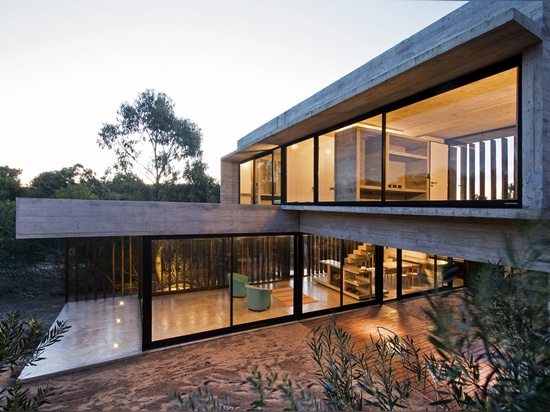 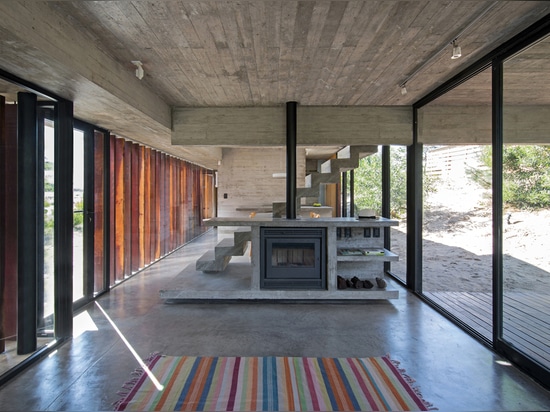 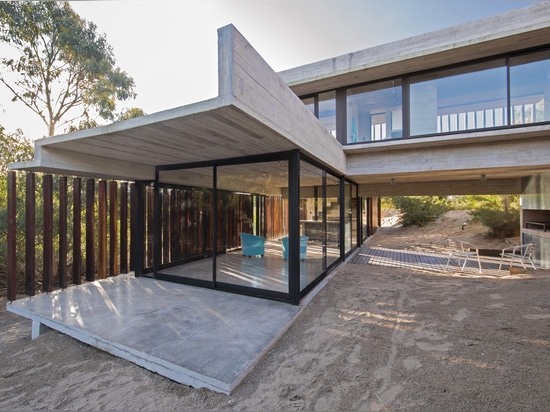 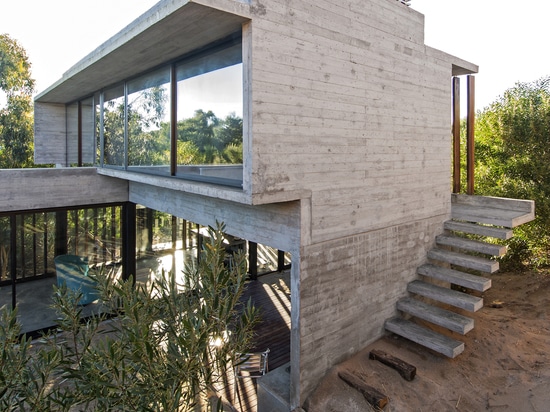 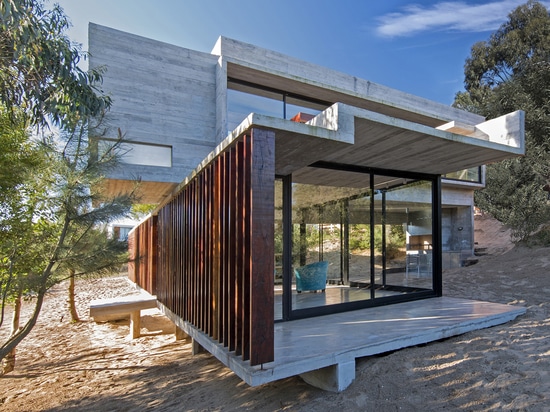