London-based advertising agency Analog Folk sought out the talent of Design Haus Liberty for their office transformation. Headed by Dara Huang, the young architecture firm immediately set about creating a lofted, industrial work space for the East London agency. The addition of a new mezzanine and staircase spatially optimized the almost 1000 square meter office, while injecting a modern aesthetic injected.

True to their name, Analog Folk represents the importance and effectiveness of traditional methods of communication, while adapting to and incorporating new digital technologies. And it was parmount for the agency to imbue the offices with their company philosophy. Thus, through the creative use of technology and recuperated materials, the design team at DH Liberty gave new life to forgotten objects, while accomplishing the client’s wish. Jam jars became pendant lights, recycled glass was used for new terrazzo floors, reclaimed doors were digitally water-jet cut and scaffolding transformed into a library.

Recycled glass bottles were used to create a chandelier using 3D modeling technology. Titled “Finding Nemo”, the chandelier “resembles a school of fish and is symbolic of the teamwork at Analog Folk”. It is also the ultimate example of the company ethos. 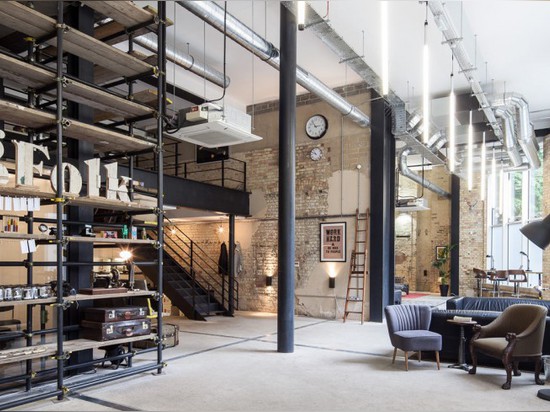 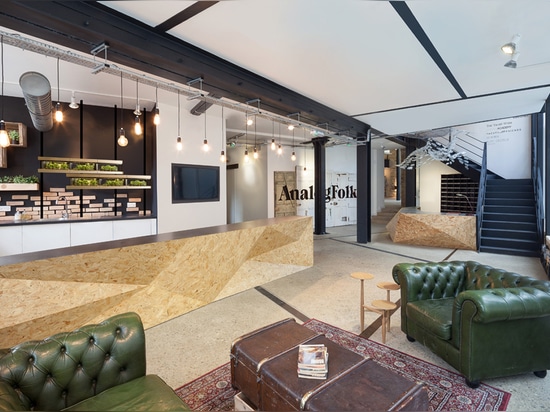 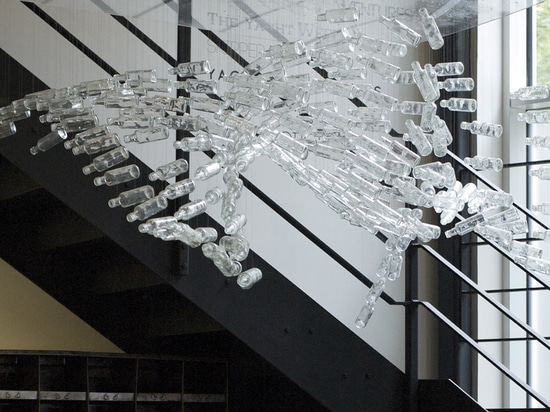 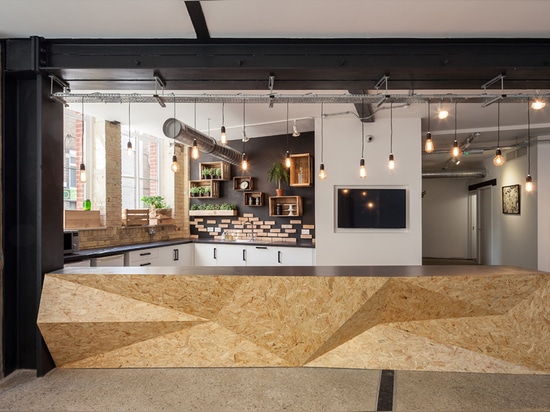 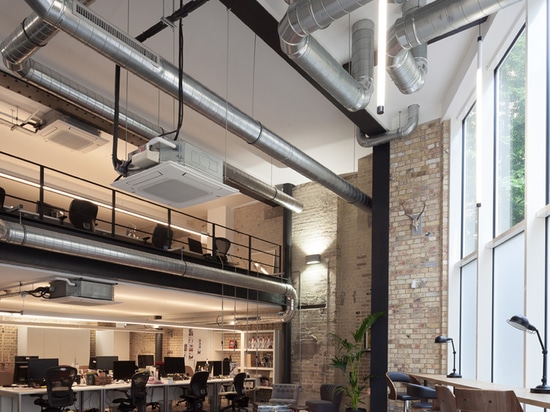 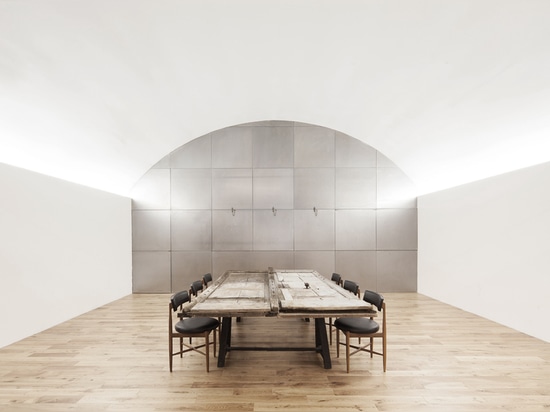