For the first time in 45 years, architecture students at Stockholm's Royal Institute of Technology have their own building on campus – a round block with weathering steel walls by Tham & Videgård Arkitekter.

KTH School of Architecture is the first dedicated architecture facility at the university's main campus since 1970, when they were relocated to a building elsewhere.

But unlike the traditional brick buildings that surround it, it boasts a textured facade of pre-rusted Corten steel.

Architects Bolle Tham and Martin Videgård felt this would be the best way to make the building look contemporary but to still match the red and orange tones of its monumental neighbours, designed by architect Erik Lallerstedt in the early 20th century.

The same material has also been used recently on a community centre in the north of England and a mountain house in South Korea.

The six-storey building occupies a former courtyard space in the heart of the campus.

It has a rounded plan that is slightly triangular, creating a series of generous curved pathways around its perimeter.

"Curving walls create a free flow of continuous space that enhance the sense of openness rather than enclosure," explained the architects, whose other projects include a mirror-clad treehouse and a row of wooden skyscrapers.

"Views and paths are extended through the structure, with spatial conditions more akin to a landscape than a traditional institutional building."

The lowest storey is partially embedded into the landscape, while the uppermost level is a slender volume that stretches across the roof, creating two large picture windows that from certain angles look like periscopes.

A roof terrace is located on this storey, and there is also a sunken garden at one end of the site.

According to Tham and Videgård, these elements all help the building to "cultivate the character of the courtyard as one continuous space".

"Based on the logic of a free campus layout that encourages movement, the idea is to accommodate and encourage circulation within the building and all around it as a way of thoroughly integrating and anchoring the new school to the site," they said.

Featuring three-metre-high ceilings, these spaces are intended to be as robust and flexible as possible. They have an open-plan layout allowing 360-degree views, but could be subdivided if necessary.

The ground floor integrates several spaces with double-height ceilings, allowing the building to host different exhibitions. One of these doubles up as a lecture hall.

The first floor accommodates offices, while the uppermost level is a penthouse apartment. There are also workshops and a computer laboratory.

Concrete surfaces are left exposed throughout the interior, complemented by timber panelling that helps to improve acoustics.

KTH School of Architecture was completed earlier this year and was recently awarded the Kasper Salin Prize – Sweden's most prestigious architectural award. Judges described it as "an uncompromisingly contemporary building".

"Adding a new layer and expression to the cityscape, the new School of Architecture upgrades a historically significant environment," they said. "It takes its starting point in its surroundings, relates to them, and articulates its own character." 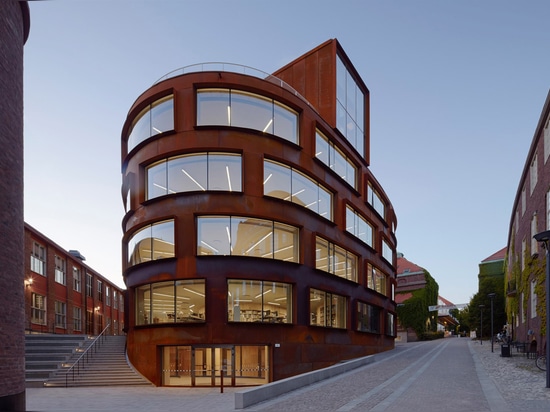 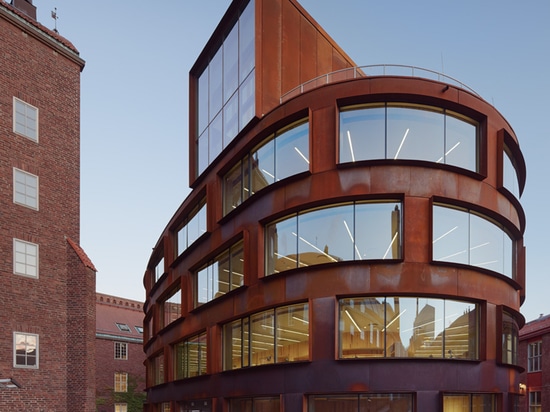 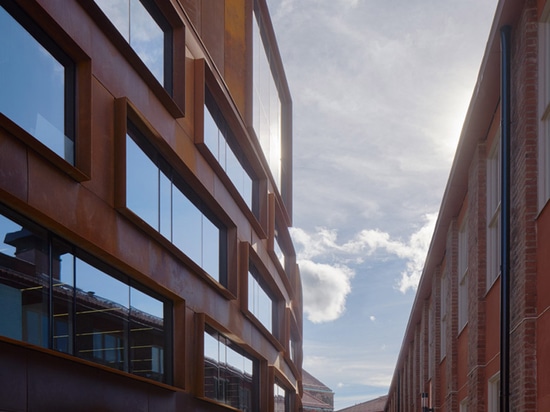 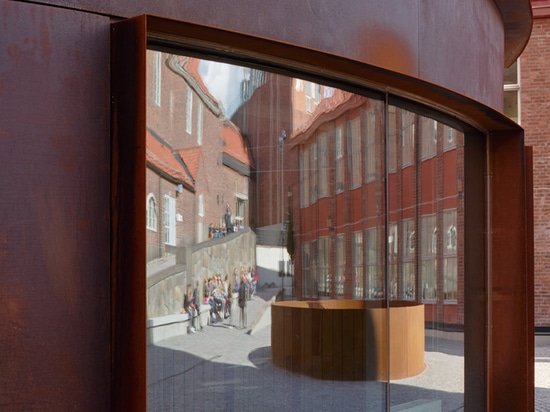