DANS Architects used timber planks and shingles to create this footbridge and cycle path, which connects a Slovenian village to nearby lakes and mountains.

Arching over the Sava River, the 54-metre-long bridge is part of a new cycle path that starts in the Bohinjska village and ends up at Bohinj Lake.

"The bridge establishes new spatial relationships by creating a path where there once was none," said Vlatka Ljubanovic, one of the five directors of Ljubljana-based DANS Architects.

"This sounds so simple, yet it touches upon so many layers of meaning, and that's why throughout the history, bridges have always had special significance for the people," he said.

Having studied the fluctuating flow and behaviour of the river, the studio designed the bridge to accommodate for rising water levels. Its broad width and gentle slope make it easier for cyclists to cross.

"Sava is a river with a fluctuating rate of water flow, so the span and the geometry of the bridge had to accommodate its flow at the times of increased river discharge," said Ljubanovic.

The structure is supported on both banks by V-shaped concrete piers. Constructed from spruce wood, it is clad internally with larch planks, while larch shingles cover the outer sides.

Wood has also been chosen for a couple of other recently completed bridges – including a bat-friendly bridge by NEXT Architects and a footbridge across the moat of an 18th-century fortress.

"Timber is a logical choice of building material in the region while the method of stacking wood siding and use of shingles are a contemporary interpretation of traditional regional architectural ideas," added the architect.

The bridge was completed in 2013. Initially the larch surfaces were yellow in tone, but have since faded to become more silver in tone. 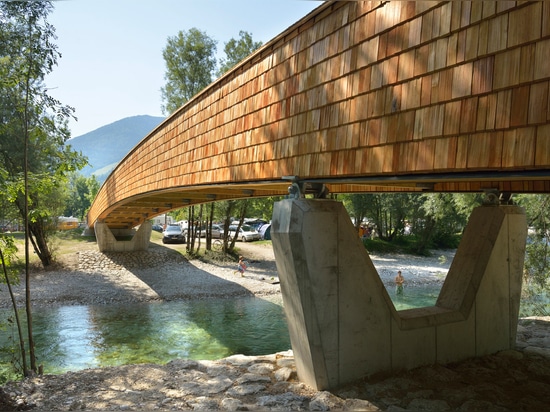 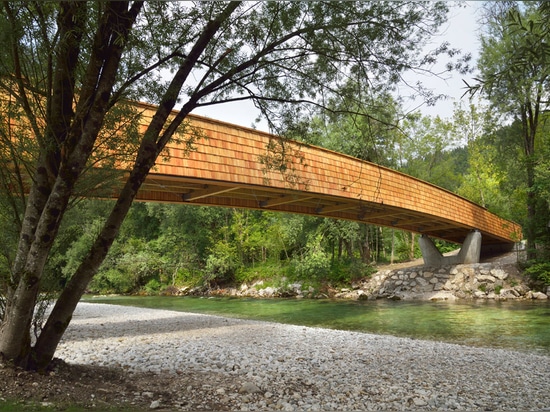 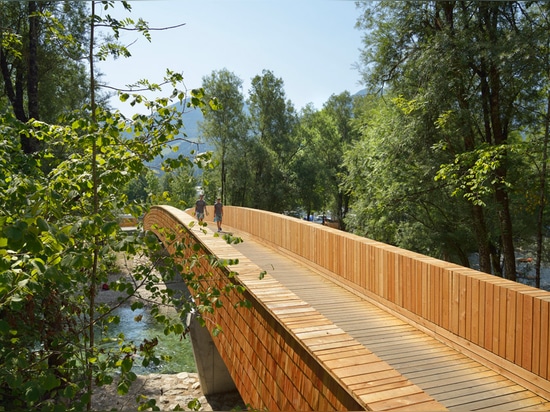 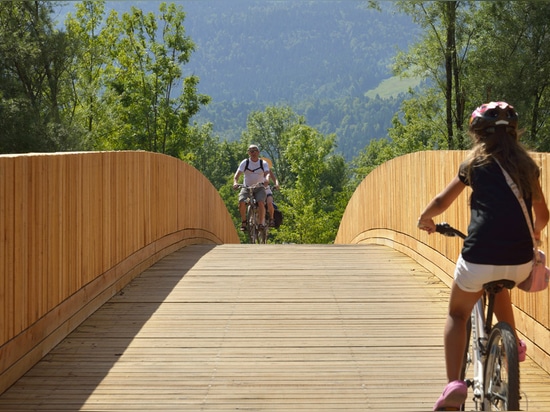 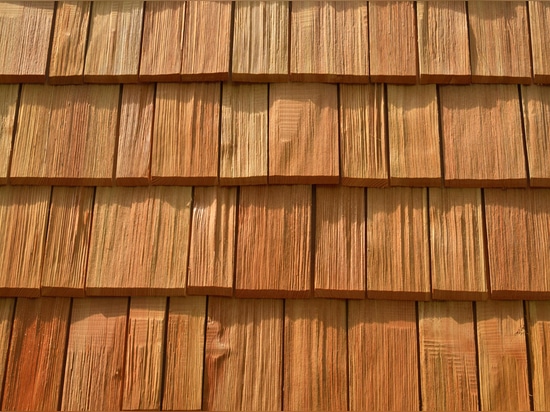 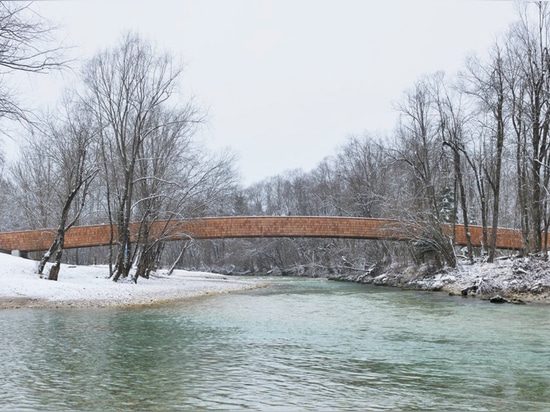