Timber slats envelope this hydroelectric power plant by Atelier Pierre Thibault, which is stationed near a Quebec "ghost town" on the Ouiatchouan river.

The power station is located on the site of the abandoned village of Val-Jalbert in the Saguenay-Lac-Saint-Jean region, which grew up around a paper mill at the beginning of the 1900s.

The factory machinery was powered by waterfalls on the Ouiatchouan river that are now harnessed by the hydroelectric plant.

The Quebec architecture studio designed the Val-Jalbert Belvedere to disguise the plant and to allow visitors to the ghost town to admire views over the river, overgrown mill and the preserved houses of the village.

Slats of wood enclose a public walkway around the outer walls of the plant, sheltering it from the summer sun and winter snows.

"Abandoned until 1960, the village is now classified as a historical site," explained the architects. "The experience offered by the site of the historical village of Val-Jalbert is enough to understand the need for integration."

"This is why the hydroelectric plant is developed as a trail sheltered by a perforated wooden lath envelope," they added.

The power station sits on a concrete plinth against a steep bank. Staircases climb around its walls, leading to elevated vantage points on black balconies that project out of the timber cladding.

Behind the timber enclosure, glass panels in the outer walls of the plant give views of the equipment within.

The studio hopes vegetation will begin to grown through the slatted timber structure, helping it to settle into its natural surroundings.

"This trail is punctuated with diverse views of the fall and of the Ouiatchouan river that are created by a succession of suspended belvederes resembling perches," said the studio.

"Just as nature has grown through the ruins of the pulp company, the lattice facade will allow the surrounding vegetation to climb and conceal this great belvedere on the site," added the architects.

Architect Pierre Thibault, who founded the Quebec studio in 1988, has previously designed a lake-side residence, which is raised above its hillside plot on a set of slender metal stilts. 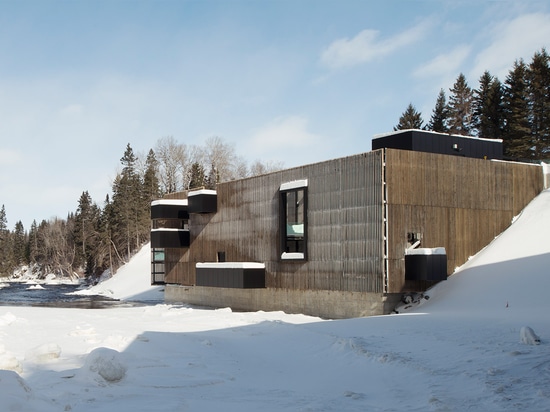 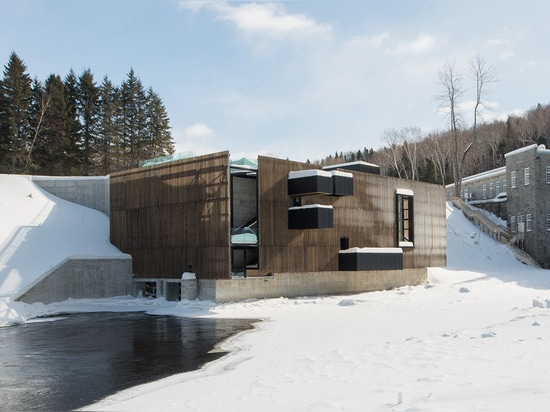 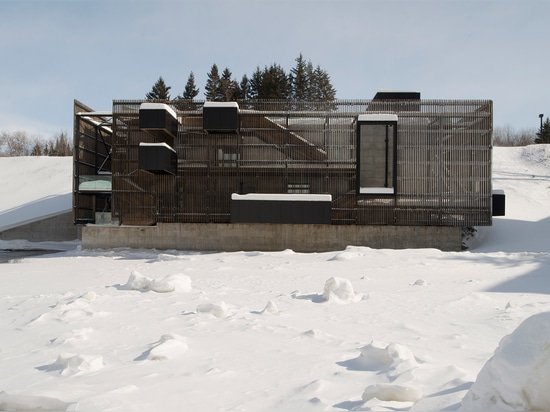 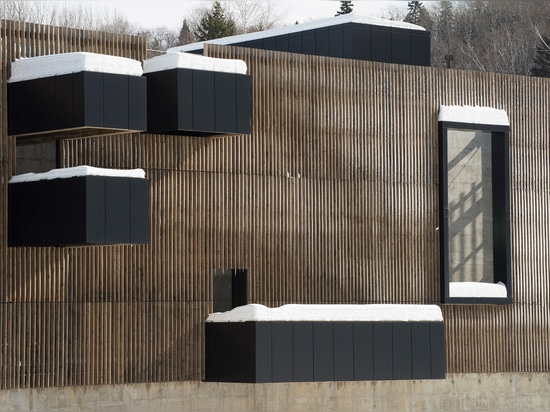 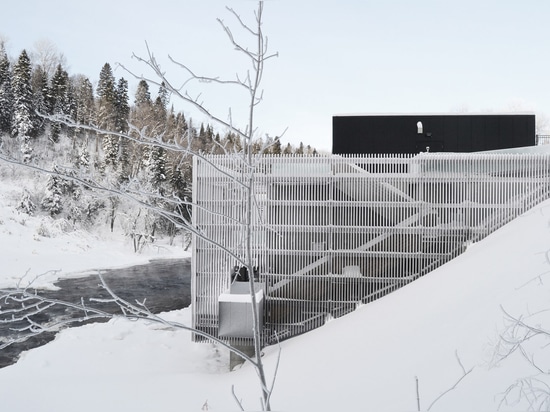 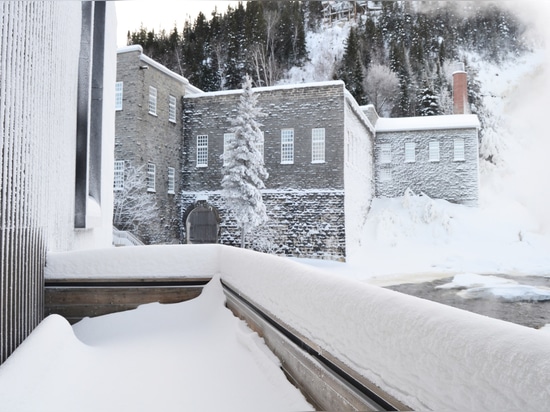