Slovenian design studio Svet Vmes designed a striking, minimalist entrance for the Poljane Grammar School in Ljubljana that adds a contemporary touch to the historic building.

Founded in 1889, the Poljane Grammar School is one of Slovenia’s biggest secondary schools, and has been housed in its current building on Strossmayerjeva Street since 1907. As is often the case with such old public buildings, numerous renovations and interventions have taken place over the past century, each reflecting its time’s style and zeitgeist; the entrance hall’s renovation by Svet Vmes is thus the latest in a chain of reinterpretations of how the school should look like, involving combining existing architectural features with contemporary materials and an overall approach that favours lightness, movement and transparency.

Svet Vmes’intervention both highlights and contrasts the entrance hall’s existing features: while the intricate stucco decorations on the ceiling and side walls have been preserved, the former ceramic floor was replaced with a concrete terrazzo floor that rises in pedestal-like steps where students and visitors can sit and socialise. Glass walls have been placed on all sides, thus making the stucco walls and the grand staircase in the main hall visible from the outside, while a minimalist loop-shaped pendant light has been installed in order to highlight the decoration on the ceiling and fill the space with a calm, white light. The most playful part of the intervention however must be the nine black metal rectangular frames that fill the space: while two of them are immobile and house the receptionist’s desk, the rest are not fixed in place but can be moved by teachers and students at will and be used for experimentation and different spatial arrangements, like a modular contemporary art piece. 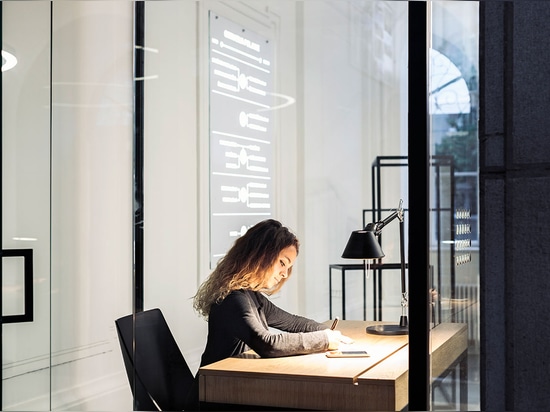 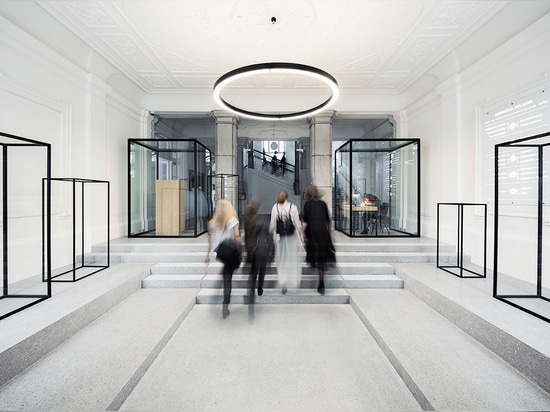 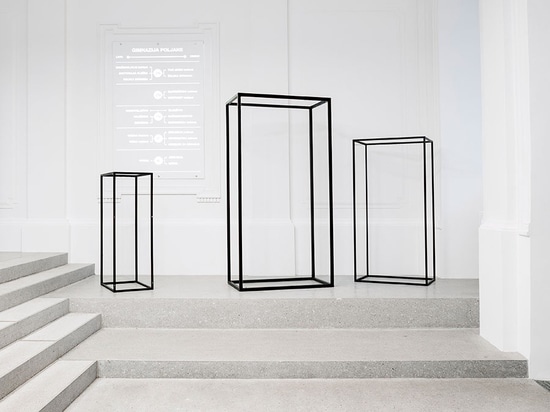 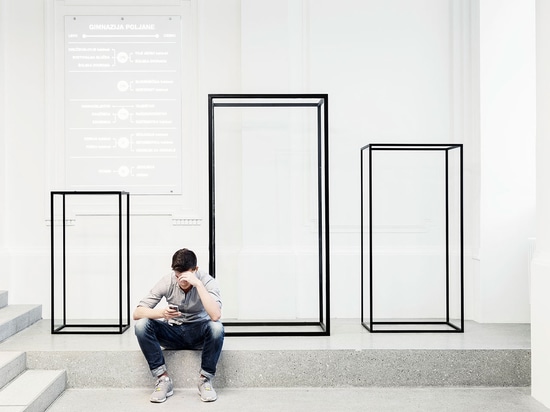 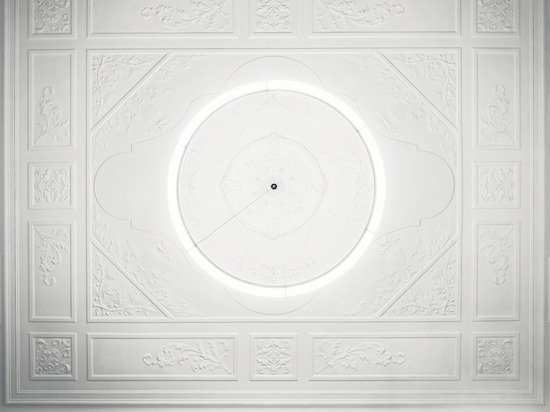 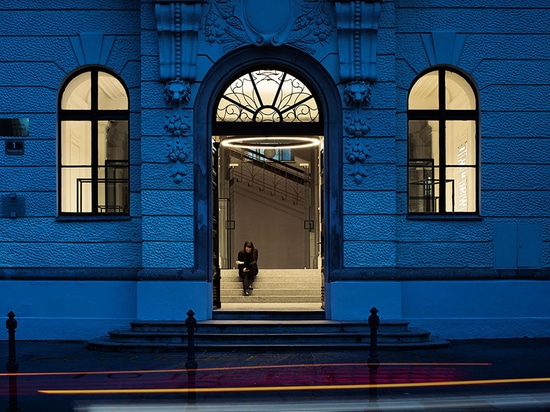