The new digital art library designed by Buchanan Architecture at the Dallas Museum of Art features a reflective ceiling, as well as a translucent wall screening offices and study nooks.

The Edith O'Donnell of Art History Digital Library is divided into three zones: a lounge, private offices and study nooks, and a meeting area.

A mirrored ceiling and crisp white walls are intended to unify the library and allow for focused study."The idea is to create an alert and energetic space by using simple geometric forms supported by light and reflection," said Russell Buchanan, founder of Buchanan Architecture.

The library is jointly run by the Museum and the University of Texas at Dallas – the first such collaboration between a public museum and a public university in the US. The 2000-square-foot (186 square metres) space formerly housed the museum's slide library.

The central study room is flanked by a grid of translucent panels, allowing light to shine through but providing acoustic isolation in the two private offices for visiting scholars and the four study nooks for PhD students.

"The materials palette is deliberately narrow and monochromatic in order to create a neutral environment for looking at art," Buchanan added.

The rectilinear geometry of the space is meant to honour the architecture of the building, which was designed by Edward Larrabee Barnes and first opened in 1984.

The furnishings in the lounge area have exposed black frames which complement the white grid of the office volume. Green upholstery offers an injection of colour.

Acoustic panels cover the rear wall of the meeting area

The Dallas Museum of Art anchors the city's cultural district, which includes an opera house by Foster + Partners, a theatre by REX, and a sculpture museum by Renzo Piano. The city's science museum, designed by Morphosis, is also nearby.

Kengo Kuma is currently designing a twisting tower for Rolex in the city's downtown area. 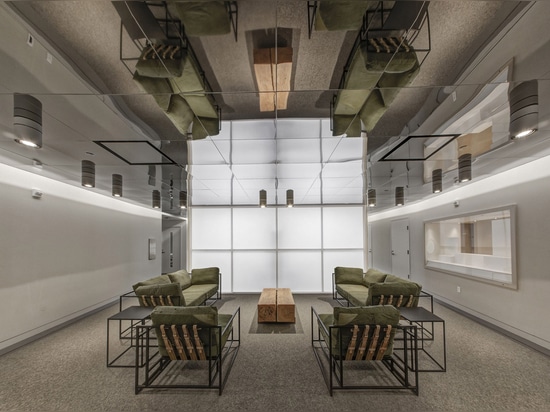 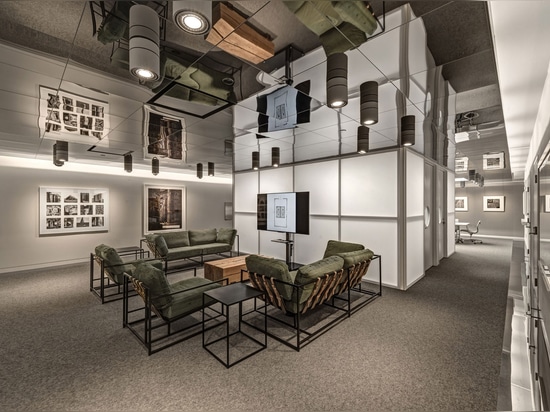 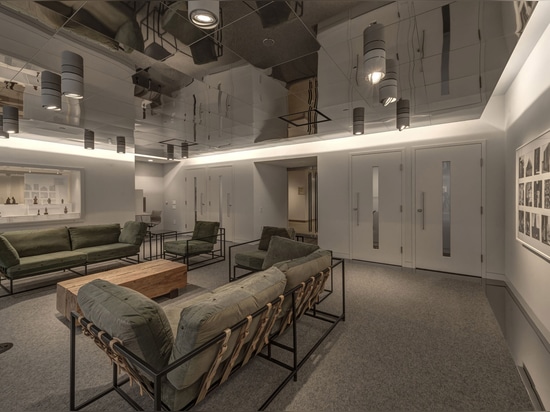 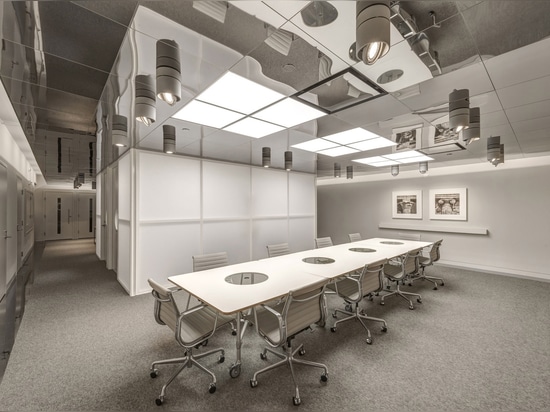 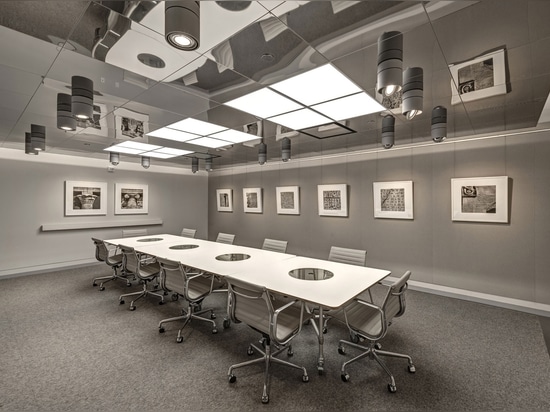 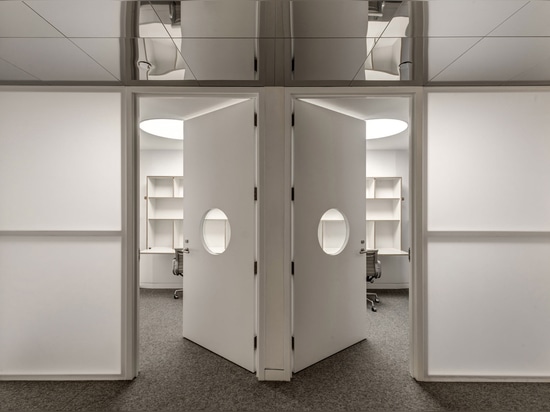