COBE designs a tiny light-filled “village” for children in Copenhagen

If you enjoyed playing “house” as a kid, your inner child will love COBE Architects’ latest design. The Danish architecture firm completed the Frederiksvej Kindergarten, which is designed to look like a tiny playful village for children.

Located in Copenhagen, the innovative design breaks away from the traditional daycare environment and comprises 11 small houses with outdoor play spaces.

Created in collaboration with Preben Skaarup landscape architects, Søren Jensen engineers and Learning Spaces consultants, the Frederiksvej Kindergarten is a competition-winning design that serves 182 children. The arrangement of the small-scale village mimics the massing of a dense city and reflects the neighboring building shapes and scales. Although the 11 small pitched-roof houses look like separate entities from the outside, they are all connected to form a large kindergarten that consists of two to three floors. The facade varies in height, color, and material for visual interest and each “house” is slightly offset from one another for programmatic reasons. The play spaces are centered on two winter gardens.

“We wanted to create a kindergarten in a class of its own,” said Dan Stubbergaard, Founder and Creative Director of COBE. “Today there is a tendency towards building bigger and bigger kindergartens. But it is important for us to create intimacy and space for the children’s small worlds in the kindergarten, where they spend a large part of their day. Diversity has been a keyword for the design, and we have created a variety of rooms, which are supporting diverse types of activities for the children in all seasons.”

Skylights that flood the interiors with natural light punctuate the pitched roofs. Two light-filled atriums in the building serve as the central gathering spaces and are surrounded by protective fencing that maximize light penetration as well as fun house-shaped viewing spaces for the children. Wooden house-shaped structures are also used throughout the building to house kitchenettes, cradles, playrooms, and baby changing facilities. Six additional smaller house-shaped structures outside the main kindergarten are used for storage of strollers, toys, and tools. Copenhagen’s mayor officially inaugurated the kindergarten on February 4, 2016. 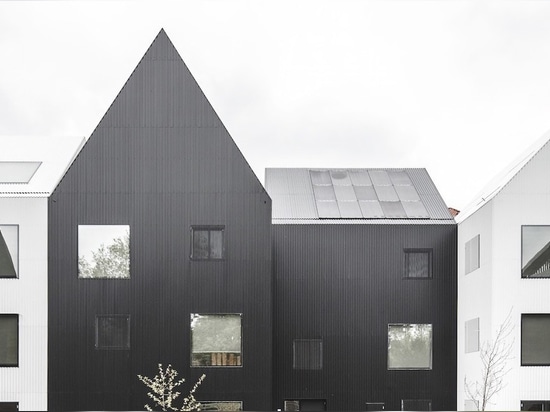 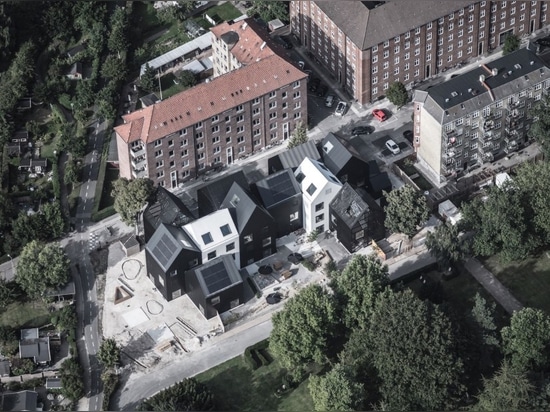 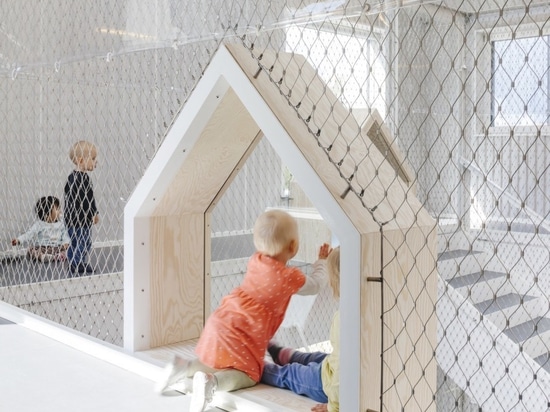 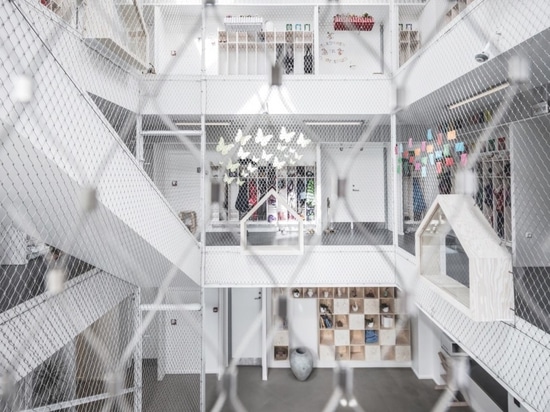 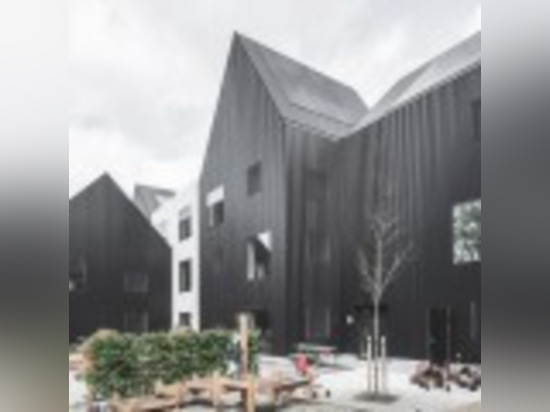 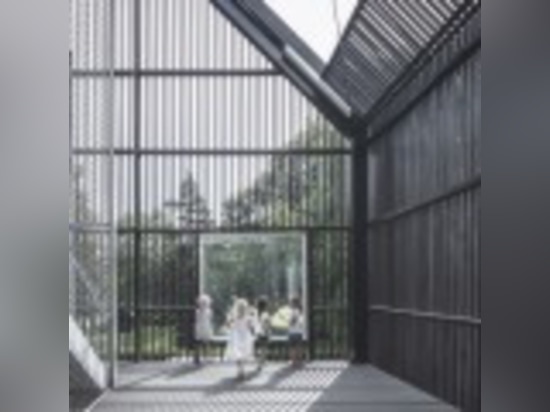