junsekino elevates and rebuilds rural school after earthquake in thailand

after the destructive earthquake which hit the chiang rai province in northern thailand early 2014, design for disasters (an organization that researches and focuses on developing sustainable infrastructure and methodology to better guard against crisis) asked thai firm junsekino architects to rebuild the ‘baan nong bua school’.

providing an educational space to children aged 5-10 who have been affected by the natural disaster, junsekino worked with locals to transform the severely damaged local school. the brief called for four classrooms with a central activity space to allow children to run and play. the steel structure is supported by a flexible skeletal frame which aids in absorbing potential vibrations from earthquakes. furthermore, the scheme employs a modular system composed of wood cement boards. the widely available material which is versatile enough to be rearranged to suit different functions, while bamboo – also locally sourced – acts as partitioning and window details.

strategies have been integrated to ensure the new pavilion-like scheme is robust enough to withstand the weather conditions of its location. features such as an elevated ceiling simultaneously brings light and air flow into the classrooms, while the building itself has been elevated in case of flooding.

as well as utilizing prevention techniques, influences from the local architecture has been included. a designated space for show storage has been integrated and a veranda.

‘this educational building is constructed through the cooperation of the locals; therefore no one possesses this building since it is the outcome of the local’s spirit… eventually, the school project will be considered as a model of a public building appropriated for the current circumstance of thailand.’ – junsekino 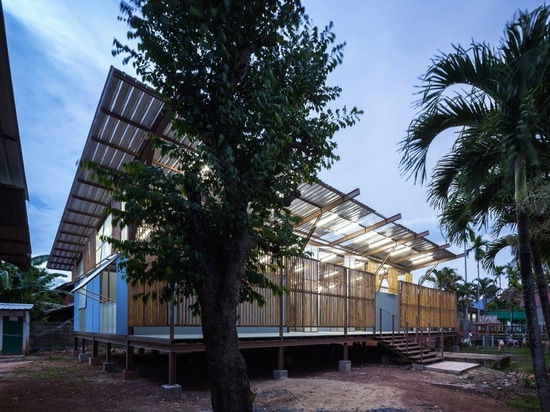 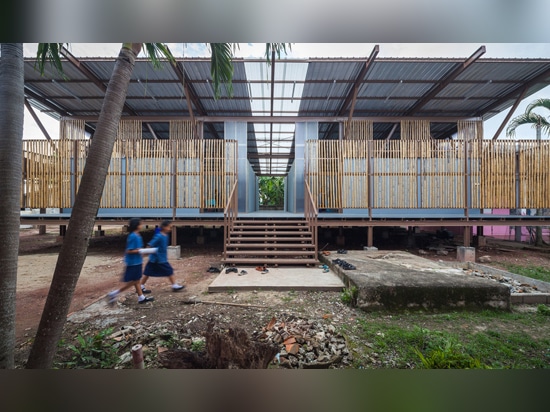 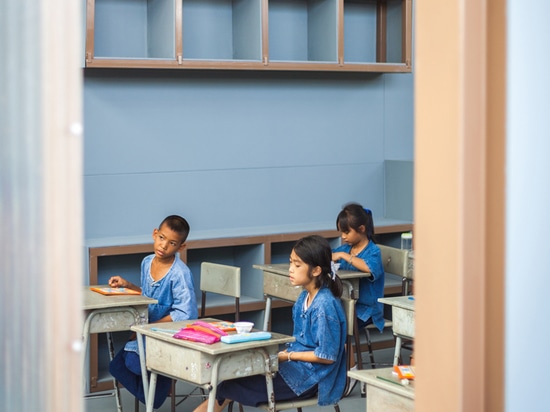 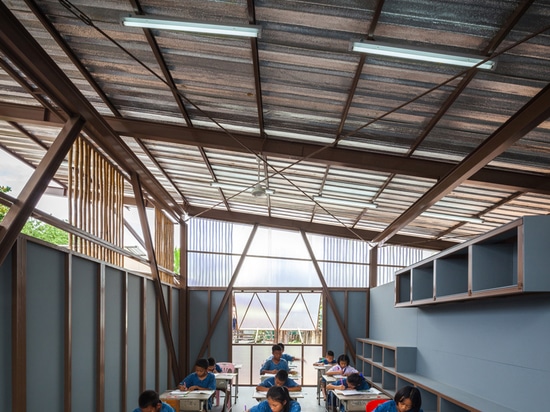 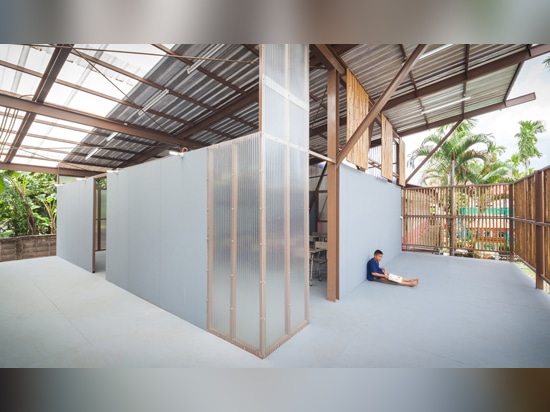 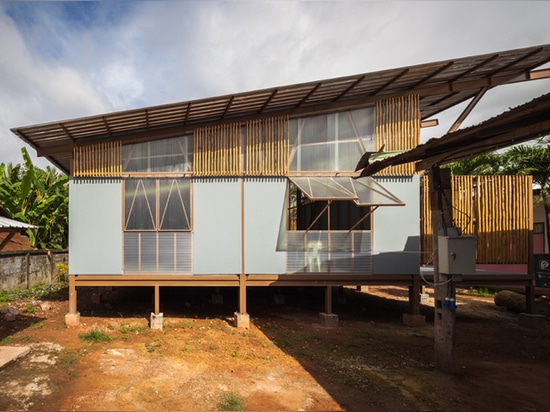 the local school sited in a rural location in northern thailand