Medical research suggests that too much sitting down can be bad for your health, so RAAAF and Barbara Visser have developed an experimental office that encourages workers to lean, perch or even lie down.

Spending every day at a desk increases exposure to a range of health issues, from heart disease to cancer, diabetes and obesity say researchers from Sweden, Australia and the UK. The End of Sitting is conceived as a space where sitting is just one of the options available.

Dutch studio RAAAF (Rietveld Architecture Art Affordances) and artist Barbara Visser first started working on the concept earlier this year. They were invited to create this – their first working prototype – at Looiersgracht 60, a new exhibition space in Amsterdam.

"Chairs and tables are redesigned over a million times. But what if there are no chairs anymore and you would like to afford people standing working positions?" asked architects Ronald and Erik Rietveld, the two founders of RAAAF.

"We have developed a concept wherein the chair and desk are no longer unquestionable starting points," they told Dezeen. "Instead, the installation's various affordances solicit visitors to explore different standing positions in an experimental work landscape."The space is filled with large faceted three-dimensional shapes that vary from waist-height up to shoulder-height.

An assortment of angular surfaces, recesses and steps transform each object into an ambiguous piece of furniture that users are invited to interact with as they see fit.Some naturally become leaning posts, or ledges for resting a computer or a notebook on. Others work together to frame spaces that people can sandwich themselves in between, and some seem perfect for lying on top of.

"We had to discover what the comfortable ways of standing working are," added the Rietvelds, whose previous projects have included slicing a redundant Second World War bunker in half and filling an abandoned building with flaming torches.

"We had to construct all comfortable positions ourselves, because nobody has been busy with this topic seriously. Above all we didn’t want to make furniture objects, but provide a concept on the scale of a whole working environment."

The designers fitted out the space in just 10 days, using plywood frames coated with a secret render described as being "as hard as concrete" when it sets.

The installation will remain in place until 7 December and has already been used by researchers at the University of Groningen to test the effects of working in different positions. Official findings will be published in a report next spring. 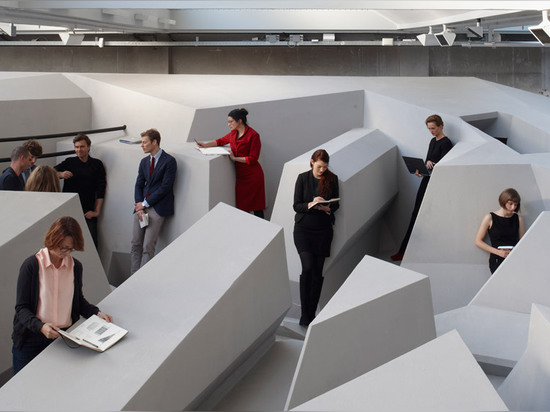 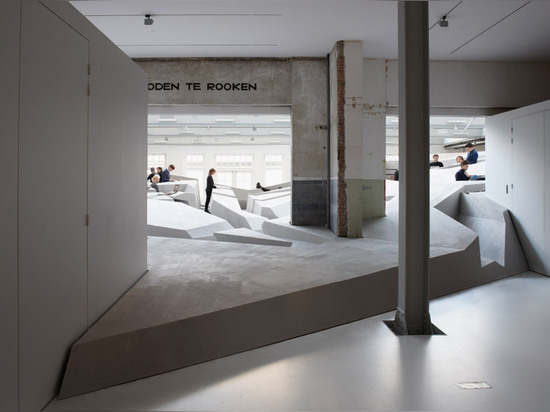 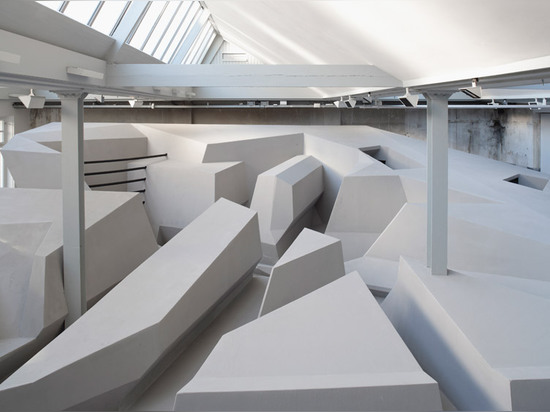 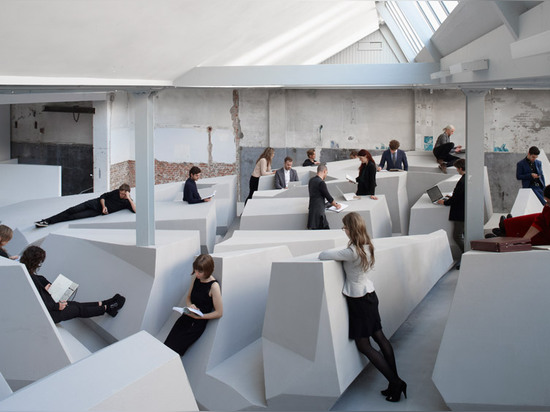 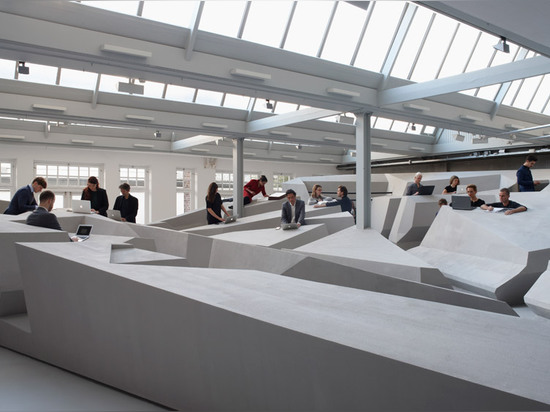 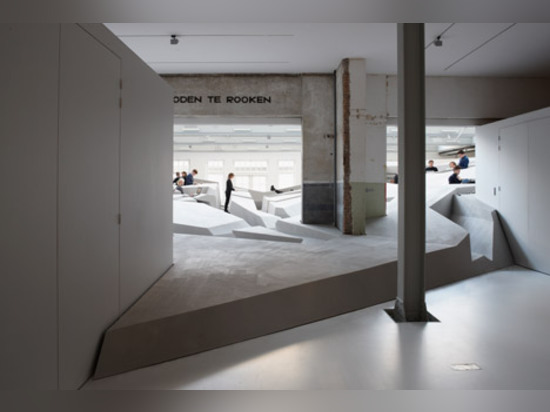