Rotterdam-based 2by4-architects' Recreational Island House is a miniature lakeside cabin with a wooden facade that folds open to panoramic views of the Dutch landscape.

Located on a small island in Loosdrechtse Plas, a region famous for its beautiful lakes, the 215-square-foot holiday home is built with large glazed end walls that frame views of the surrounding scenery. The customizable elements of the house, such as the movable wall and rotating fireplace, let residents expand the footprint of the cabin to accommodate a variety of weather and social situations.

Since the client’s site was located in a sensitive nature reserve, 2by4-architects were forced to abide by strict Dutch regulations that restricted the size and shape of the final design. To maximize the cabin’s tiny footprint, the architects creatively introduced customizable elements to the house such as the folding facade. One corner of the house can be completely opened to seamlessly expand the living space out onto the wooden dock and lake. The design of the house exudes a simple aesthetic so as not to detract from the surrounding environment.

The small cabin is fully equipped with a shower, toilet, kitchen, storage and living room that are all integrated into a double wall. Clad in blackened timber, the tiny house is oriented on an east-west axis so that sunlight passes directly through the glazed end walls at sunrise and at sunset. Due to popular international demand, 2by4-architects have even announced plans to develop a prefabricated version of the Island House, although further details are still pending. 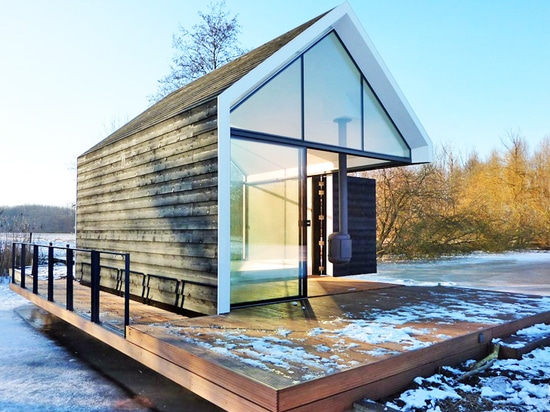 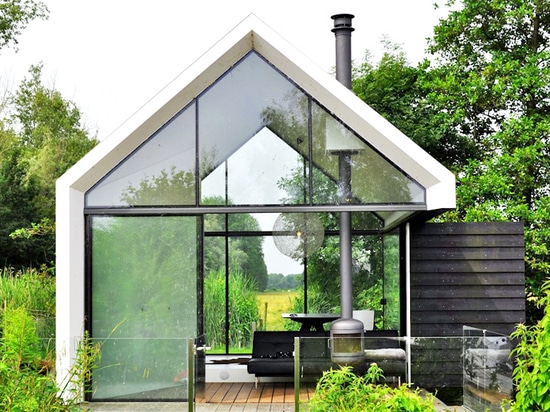 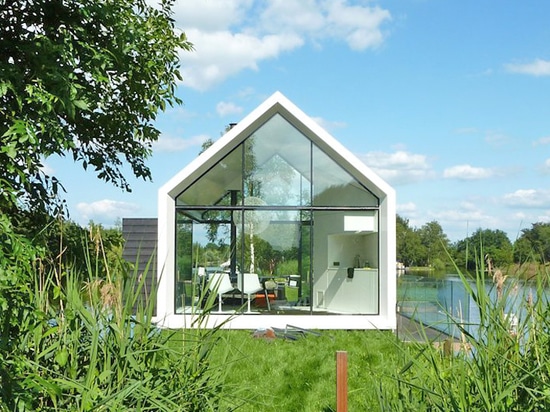 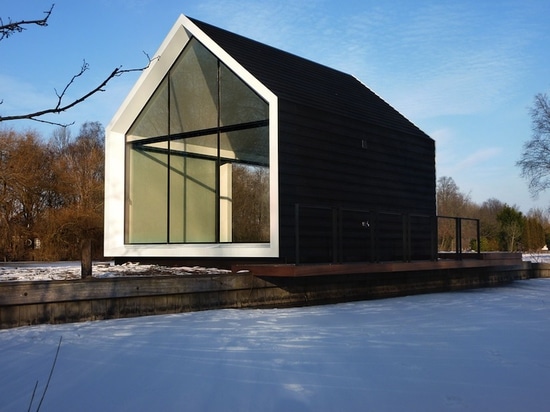 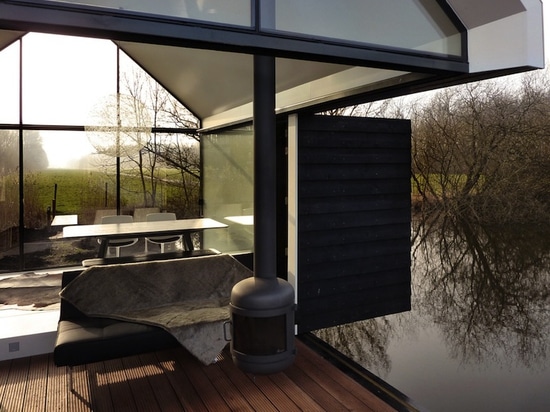 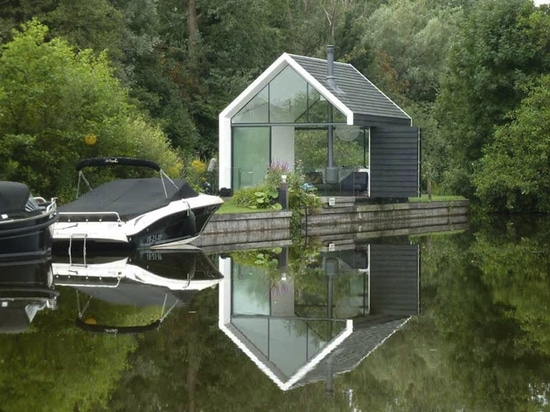