Redesigned the Interior of the apartment to create a flexible live-work space for a family.

Wooden panels and doors slide across the geometric floor tiles that Nook Architects uncovered during the remodelling of this narrow Barcelona apartment (+ slideshow).

Nook Architects redesigned the interior of the apartment to create a flexible live-work space for a family in Barcelona’s Eixample Dret District.

The local architects removed the original internal walls, replacing them with a long sliding wooden panel that divides the private areas of the household from the public. The project is named The Wall after this adaptation.

"The owners, who have been living in Barcelona for quite some time, were looking for a home where they could start a new professional and family adventure," Nook Architects told Dezeen.

"Their main wish was to have a large living room and open kitchen facing the exterior, and for the apartment to have antique mosaic floors, typical of Barcelona’s Eixample district."

The clients were lured to buy the apartment by the promise of what might lie beneath the modern floor covering, and stripped back the floor to uncover the original antique mosaics, created using the encaustic tiles that are typical in the city.

"The promise for the mosaic floors became a reality. Under the synthetic parquet that had been placed recently, we found a geometric pavement, filled with colour," said the design team, who has previously completed several apartments in Barcelona.

Where the floor could not be recovered, it has been infilled with micro cement. Patches of cement flooring in the bathrooms, office area and bedrooms are framed by thick planks of pine.

The architects cut a large opening through a load-bearing wall to create an open-plan kitchen and living room that adjoins the entrance hall and office.

The living space, which sits along the front of the apartment, has three street-facing balconies with glass double doors."What was once compartmentalised with fixed uses and configurations is now diaphanous and flexible," said the architects, who also squeezed an extra bedroom into another apartment in the Eixample district.

White walls and cabinets throughout the living space and kitchen offset the busy patterned tiled floors and help blend the two spaces together.

"For the kitchen we opted for a neutral design that integrated into the rest of the living room," said the architects.

Light-coloured pine doors slide off the connecting narrow hallway that runs from one end of the apartment to the other into the master bedroom with en-suite bathroom and a child's bedroom.

Panes of glass between the top of the wooden paneling and the ceiling bring extra light into the rooms.

"We converted the hallway into a flexible, modular, and moving wall that orients the main core of the dwelling," said the architects.

The long grey metal beam that supports the sliding mechanism for the doors continues across the three-metre-high moulded ceilings of the living area, to give the family the possibility to separate the two spaces in the future.

Off the sitting room, an L-shaped unit made from lacquered MDF is built into the wall to one side of the property's entrance. It doubles as a desk and a storage unit and partially blocks the doorway from the main living space.

"Our customer works from home, so we aimed to blur the limits of the work studio," added the architects.

At the opposite end of the hallway is the second bedroom and guest bedroom. Pale wooden slats concertina across the windows of a walk-in closest to the rear of the guest bedroom.

Sinks are set into mirrored recesses with white cabinets and grey walls outside the property's two white-tiled bathrooms – one in the hallway and the other in the master bedroom. 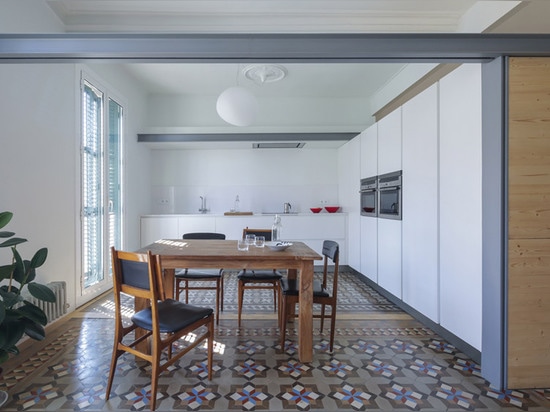 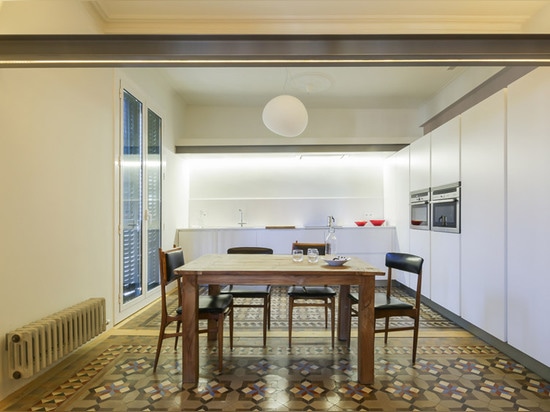 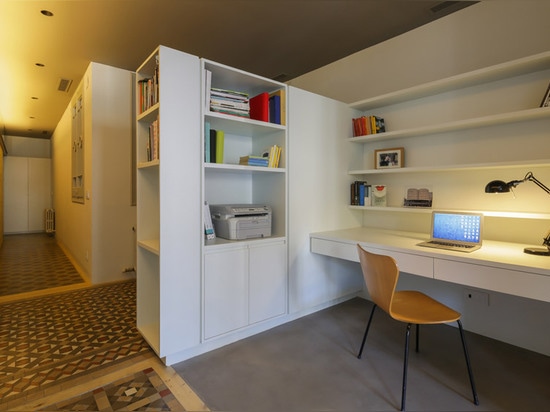 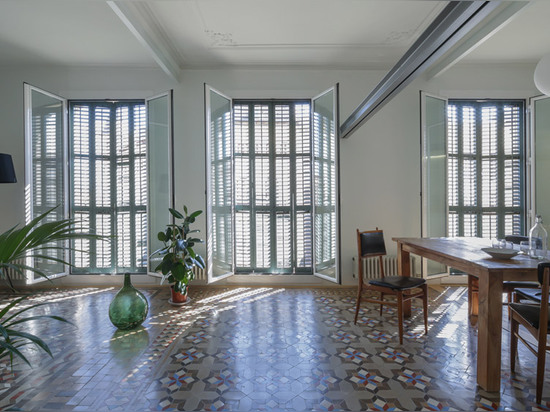 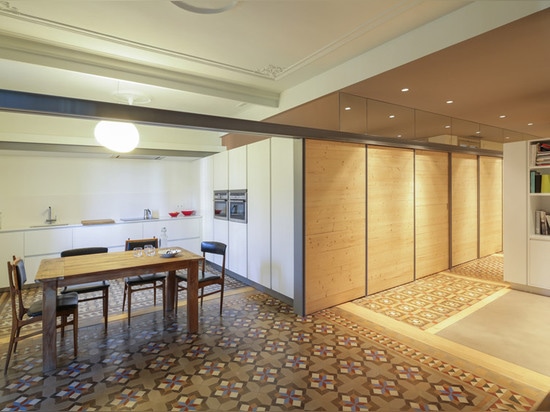 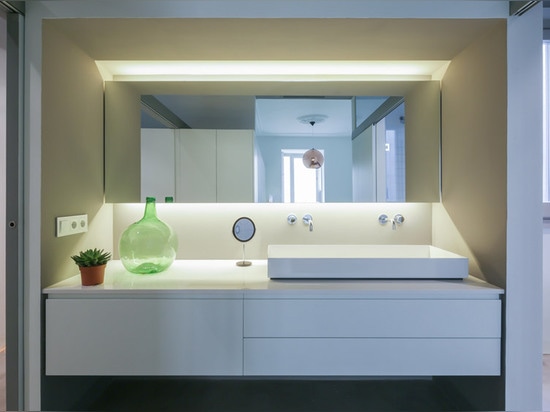 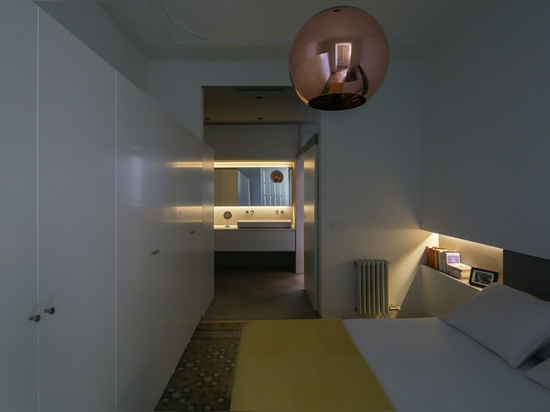 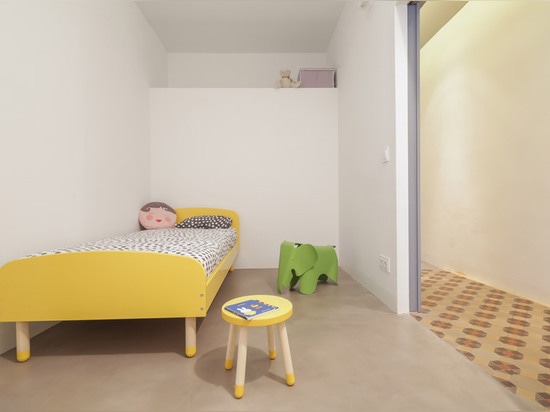