It's no coincidence that a project such as the Glattalbahn has been implemented in Switzerland. In spite of the complex planning and construction process the Glattbahn is impressive in a number of respects, ranging from the urban planning aspect to the details of the project's implementation. In our view it is an outstanding example of the way in which a project can influence urban identity by applying the highest design standards and comprehensive overall coordination.

With its 12.7 km the Glattalbahn runs through the (urban) landscape like a red thread, binding the individual towns and districts of the Glattal - noth aglomeration of Zurich - into a single urban space. The line forms an integrating element in the overall design of the city and its landscape, creating a uniform image.

The Central Glattal is the fastest-growing business area in Switzerland. Therefore the Glattalbahn is not just a transport project launched by the public transport authorities for the Zurich agglomeration. It is also a highly complex product of spatial planning, urban development, business promotion, landscape and traffic planning, linking up the public transport facilities of all the areas involved and creating the necessary infrastructure.The exemplary interdisciplinary cooperation of all those involved in the project is precondition for the high quality of the results. Solving the complex tasks presented by the project demands a far-sighted cooperation among the project's owners, local authorities, planners, architects and contractors.

Although only about 2 % of the planning results can be seen above ground it was necessary to prepare everything below ground for the civil engineering work required both now and in the future.The corporate identity of the Glattalbahn is determined by a uniform design concept which was developed by the architect Kai Flender, formerly working at Nicholas Grimshaw’s office.

All specially designed elements of the buildings for rail stations and bus stops, overhead-line support masts and railings shares the same formal idiom thanks to a homogeneous prefabricated system produced by Burri public elements. The overall concept also includes the green areas, the facade design, the bus shelters and their surrounding area as well as the lighting and the construction of road and railway lines. In public projects we can rarely find such a holistic view of all the elements accompanying the railway line.The design concept of the stations – the public face of the Glattalbahn – is based on a wall section with projecting roof. The wall contains all the necessary components such as a ticket machine, draught protection, information display and lighting, waste bin, loudspeakers, technical equipment and a seat made of larch wood.

Kai Flender describes the large glass section in the wall as a 'window on the city' and the 'emblem of the Glattalbahn’. The window provides a view of varying but connecting motifs on the theme of the 'Glattal City' in all its diverse expressions.

The free-standing wall-section concept makes any further furnishing unnecessary, which means the Glattalbahn is easily accessible to disabled passengers and can be machine cleaned.From station to station and all along the Glattalbahn there are 300 overhead-line masts. These mark the railway line and represent the unifying continuous design element of both the transport system and the urban spaces of the 'Glattal City'. The principle of multi-functionality and integrity can also be clearly seen here. At the stations the masts become prominent information and lighting elements and cary additional functions such as loudspeakers, video surveillance equipment etc.With its functional and design qualities the Glattalbahn confirms the role of the architect as the overall manager of complex planning tasks. This runs counter to the current trend of placing overall coordination in the hands of the accountants who control the costs of the project, reducing the role of the architect to a pure design function. 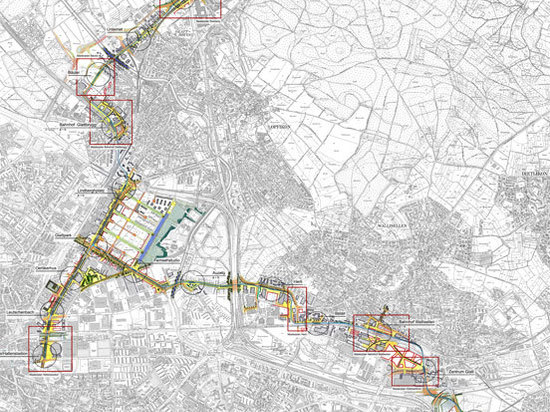 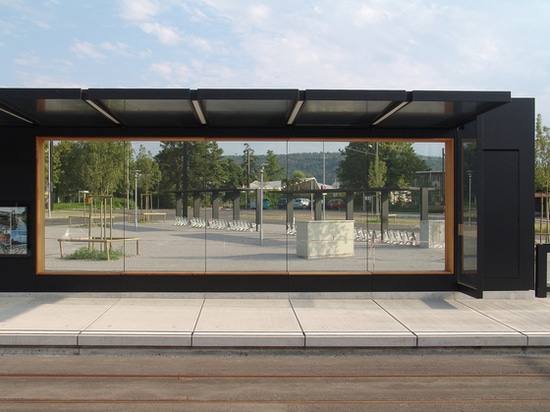