An Oak tree in a small village in France has been carved to hold not one, but two chapels inside!

Situated in Allouville-Bellefosse, this magnificent Quercus is France's oldest standing tree, and it has survived thousands of years of strong winds, electric storms, and many violent wars. Dubbed Chêne Chapelle (Oak Chapel), it hosts Notre Dame de la Paix and the Chambre de l'Ermite inside, providing hidden sacred spaces for worship in the very heart of the tree.

These oak chapels aren’t your average tree houses—it’s not known exactly when they were built, but they’re estimated to be between 800 and 1200 years old! In the late 1600s, the tree survived a lightning fire that hollowed out the center. Interpreting this occurrence as a holy event, the local priest at the time called for the tree to be turned into a church. The tree was still growing under the kingdom of Louis IX, and it survived the Hundred Years War with the English, The Black Death, the Reformation, and the Revolution.

A staircase spirals around the thousand-year-old trunk. The tree is starting to show its age, and it now has internal and external poles supporting it. A sacred place of worship, the Oak Chapel is now a pilgrimage site that welcomes thousands of visitors each year. 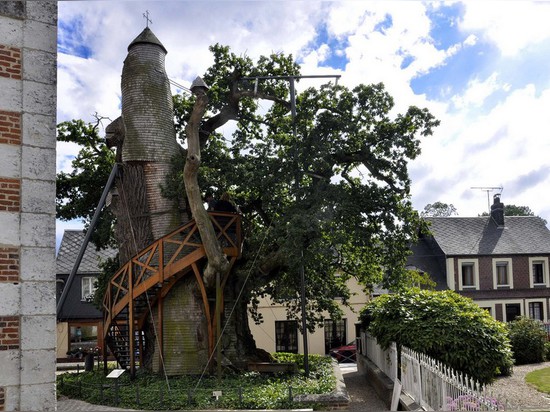 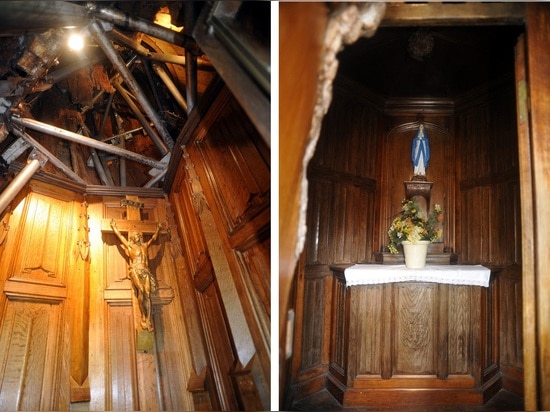