The Kathleen Grimm School for Leadership and Sustainability at Sandy Ground

Photovoltaic panels distinctively wrap this recently completed public school in New York City's borough of Staten Island, a project we first learned about during a studio visit to the office of Skidmore, Owings & Merrill (SOM) in 2014. While this feature gives the school its most dramatic expression – a cantilevered roof overlooking the playing fields – it is just one of many sustainable elements in a project that strives to be the first net-zero energy school in the city. The architects at SOM

We were invited by the New York City School Construction Authority (SCA) to compete for the commission. Bruce Barrett, the SCA’s vice president for architecture and engineering, envisioned P.S. 62 as a pilot project to help the city explore strategies for reducing its carbon footprint. It is New York City’s first net-zero-energy school, and one of the first of its kind worldwide. The SCA had never undertaken a project like this before, so it invited four firms with strong credentials in sustainable design to compete for the project. Based on our proposal, SOM was awarded the commission.

Please provide an overview of the project.

P.S. 62 is located on the South Shore of Staten Island, where it serves more than 400 students from pre-kindergarten through fifth grade. The 68,000-square-foot school is designed to harvest as much energy as it uses on an annual basis. Photovoltaic (PV) panels mounted on the school’s angled roof structure and south facade provide the school’s primary energy source.

Every aspect of the design contributes to reaching the school’s net-zero-energy goal. From the very beginning, our design team and consultants focused on a single question: how can we reduce the school’s energy use?

One of the most significant ways that we achieved this is by using daylighting strategies throughout the building, which significantly reduces the school’s dependence on electric lighting. The entire building is oriented on the site to maximize daylight, and its two-story height and interior courtyard ensure that natural light can reach the deepest part of each floor. The classrooms and corridors feature skylights and clerestory windows, sloped ceilings, and reflective surfaces that optimize natural light in each space.

How does the design respond to the unique qualities of the site?

In New York City, there are not very many sites for a net-zero-energy school, but this site presented the perfect conditions for achieving this goal. On this 3.5-acre site in a residential neighborhood, we were able to design a two-story building that fits within its low-rise surroundings, while providing the number of PV panels required to generate the building’s energy.

How did the project change between the initial design stage and the completion of the building?

We determined the building’s basic form — its height, orientation, and massing — at the very outset of the project, in order to create the optimal conditions for daylighting. But the angled roof structure is something we developed later in the design process. This element was informed by research we undertook with the Center for Architecture Science and Ecology (CASE), which is a partnership between SOM and Rensselaer Polytechnic Institute. We studied how to increase the efficiency of the PV panels by placing them at different angles and in various configurations. The final design allows the panels to be mounted on sloping planes. This solution not only reduces the overall area of PVs needed to power the school, but also produces a greater energy output throughout the year.

Was the project influenced by any trends in energy-conservation, construction, or design?

The project is a direct response to the urgent challenge to confront climate change by reducing carbon emissions from buildings. As a pilot project for the SCA, our design anticipates the way that schools may need to be designed in the future, particularly to meet New York City’s OneNYC initiative to reduce carbon emissions by 80% by 2050. P.S. 62 is designed to test a range of sustainable approaches that can be applied to other schools in New York City and beyond. Given New York City’s public schools account for approximately 130 million square feet, the benefits can be significant. 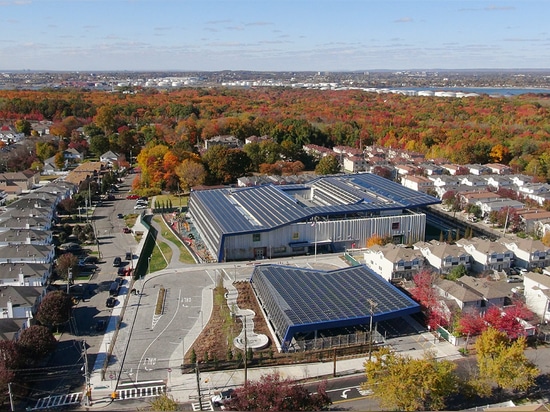 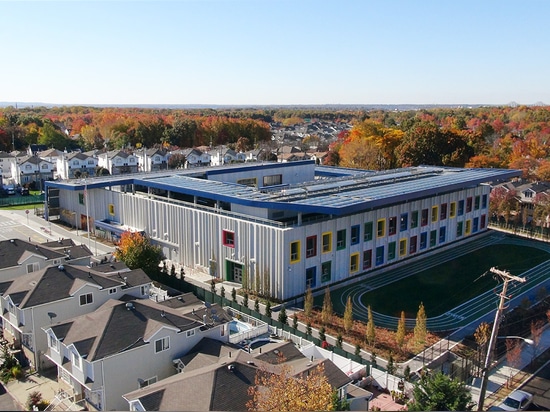 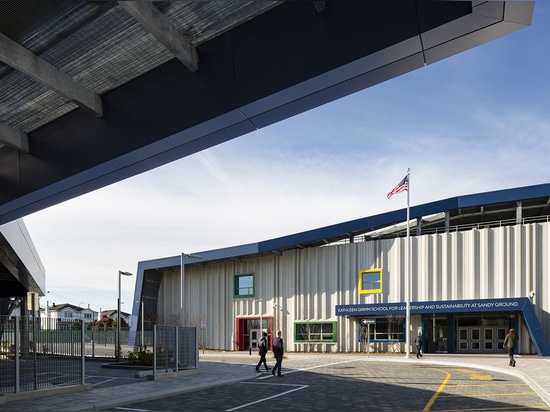 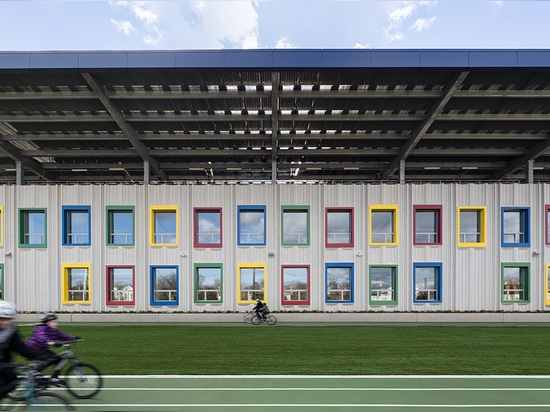 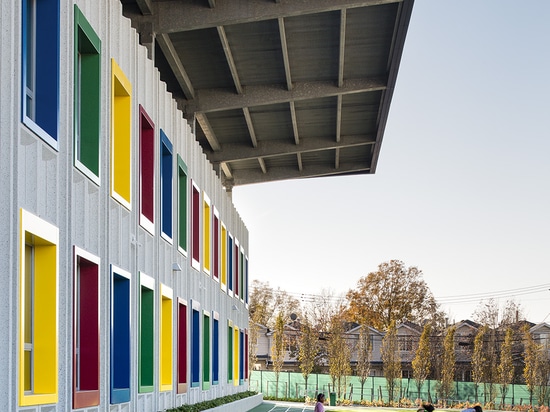 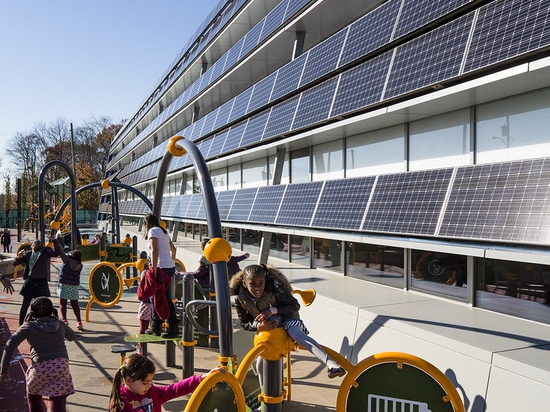