The canopy curvilinear and organic forms, by Berger Anziutti Architects, are the result of observations and analyses of the natural and human-made forces that act on an urban environment.

Eight years after the competition launched by the City of Paris for a complete reconstruction of the Forum des Halles, the center of gravity in Paris has “The Canopy” by architects Patrick Berger and Jacques Anziutti.

The site of the central market place that Zola called “the belly of Paris” was demolished during the 1970s, creating a hole that was called for several years the “pit of Paris” until the Forum was built. Consisting of several distinct works layered on each other, the site comprises a true urban underground zone that extends up to 24 m high spread out over five levels, and 500 m lengthwise up to the Place du Châtelet.

The Forum des Halles will welcome some 37 million visitors each year in an expanded area including 66,000 m2 commercial spaces, as well as the 800,000 travelers who daily pass through the largest interurban transport hub in Europe.

Patrick Berger uses the word “Forum” to encompass the “above” and the “below” as a seamless piece of architecture. Access from the lower levels is by landings. One sees at first “the sky, then the church of Saint Eustache, trees, and the Bourse de commerce before taking in the city at a glance. It’s an ascent into Paris,” declares Patrick Berger. Another technical and logistical challenge the architects met was to carry on construction without interrupting everyday activities at the site.

The dynamic elements of the site guided the idea of the Canopy. Its curvilinear and organic forms are the result of observations and analyses of the natural and human-made forces that act on an urban environment (rain, wind, pedestrian traffic, memories of place, the neighborhood). Before he translated these into a geometric design, Patrick Berger set down the train of his reflections in an impressive amount of sketches. Under the vast shelter of the Canopy, some 18,000 glass shells diffuse a soft light whatever the weather forecast, so that the interior temperatures are maintained without undue energy consumption.

Entirely rebuilt, the underground spaces of the station have been enlarged. From both sides of this envelope run two wings housing 14,000 m2 of cultural facilities: a music conservatory on the south and a media center, a cultural center and a “home for amateur practitioners” in dance, music, and theater on the north. The self-contained structure of the Canopy rests on posts from the existing infrastructure of the Forum while not exerting any load-bearing pressure.

The multileveled development has been designed with a focus on visual transparency, to easily orient visitors as to their location and give them a sense of the overall space. Traffic patterns are demarcated by visual clues: deploying the two wings face to face allows pedestrians to have a clear view of passageways and activity spaces. The reorientation of the main entry by the gardens offers a new perspective to the surrounding area and creates a natural axis between the Pompidou Center and the Bourse de commerce.

The constantly growing flow of pedestrian traffic is now channeled by this new gate of Paris that rises to symbolize the urban reality of this site. 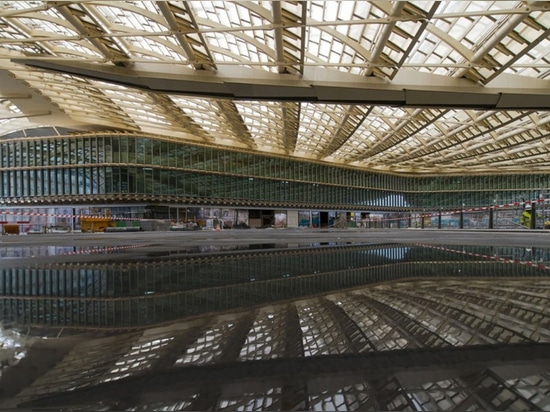 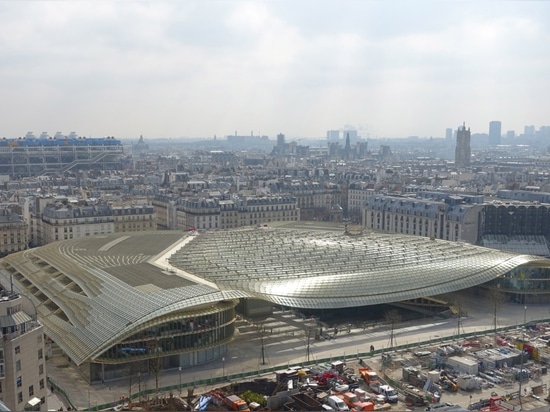 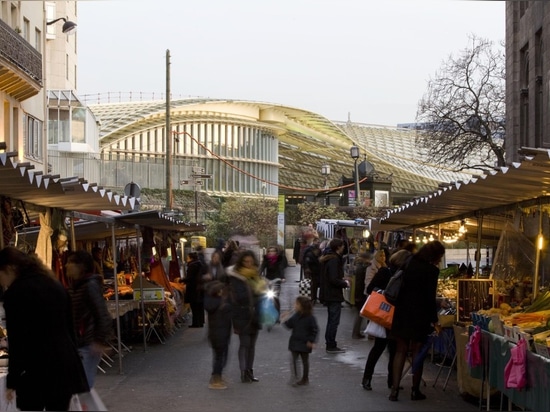 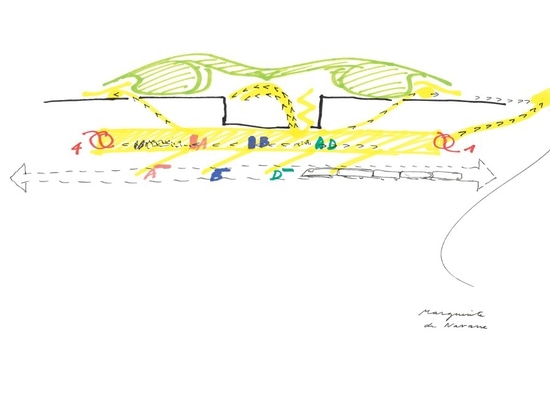 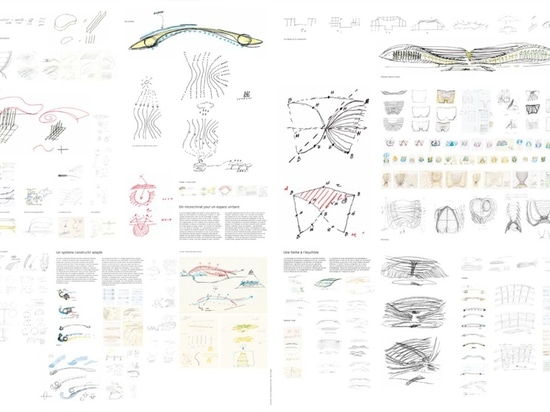 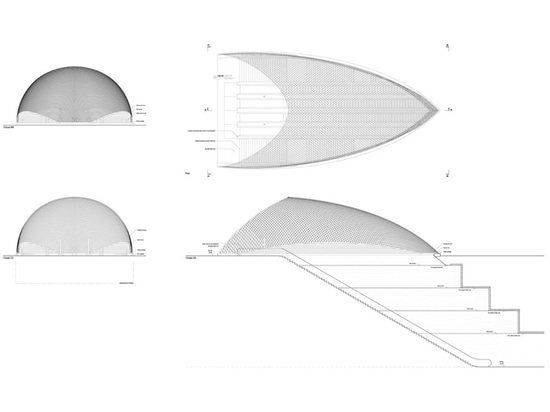