Completed in 2015, the three-storey Beijing townhouse was re-planned as a single-family residence separated into distinct units, in order to create a distance between the owners and their visitors to result in the guest areas being shared out between the two lower levels while the uppermost storey has a separate entrance providing private access to the owners.

The 510-square-meter residence consists of a dining and living area, kitchen, four bedrooms and a balcony on the first floor, while the lower levels contain three guest rooms, dining and tea rooms as well as leisure spaces and a courtyard. Arranged to fit in between the building’s existing structural elements, a series of boxes and platforms made of vertical timber slats re-divide the residence’s interior spaces, suggesting an alternative form of partition reminiscent of the decorative wood panels and paper screens that have long been part of traditional tea houses all over Asia. The separate but visually connected rooms create an open, semi-transparent environment that is rich in layers, while slotted panels, used as bookshelves, allow light to penetrate throughout. Meanwhile, the warm tones of the timber panels and furniture are complemented by grey cement floorings combined with custom-made concrete counter and table tops.

Aiming to visually extend the depth of spaces, Arch Studio made a point of embracing traditional Chinese garden fundamentals with the addition of a sunken bamboo-planted courtyard: a below-ground construction closely related to the typology of many traditional dwellings, which acts as an artful amalgamation of the internal and external spaces and brings natural light into every part of the house. 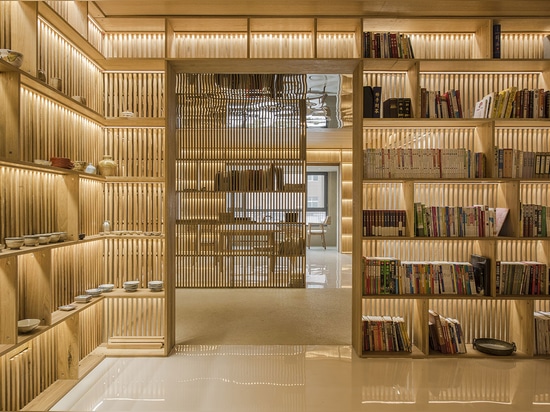 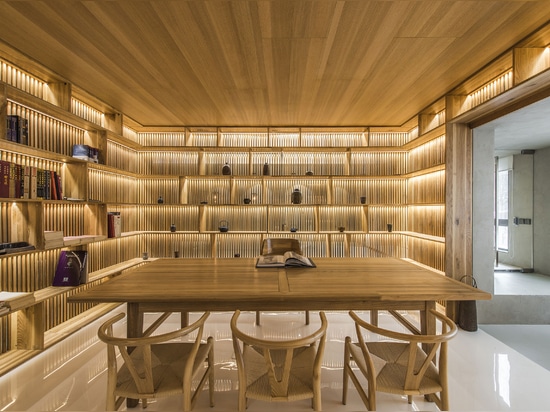 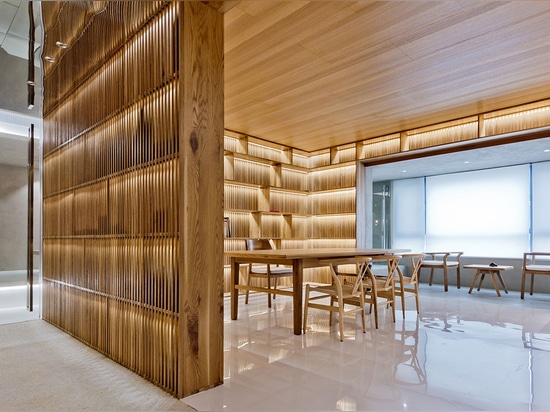 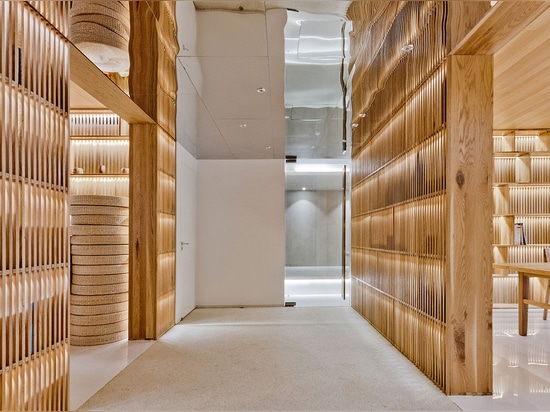 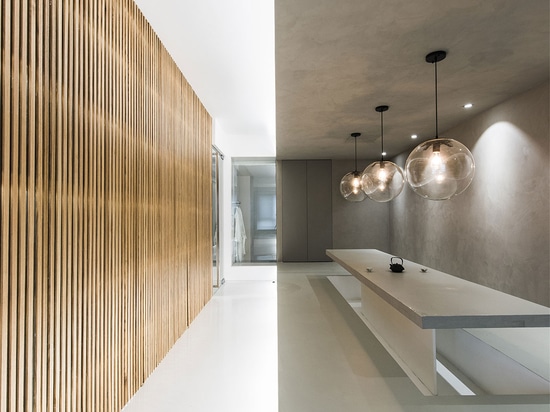 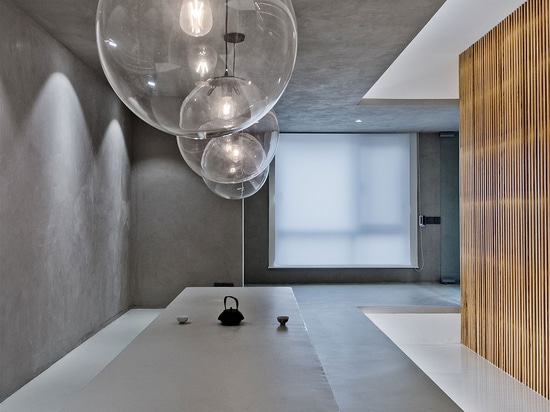