Zaha Hadid Architects has revealed its designs for a new central business district for Prague next to the Masaryk railway station.

London-based ZHA – whose figurehead passed away earlier this year – won a competition in 2014 to redevelop the derelict 22,000-square-metre site, in response to the city's need for more office accommodation.

Its plan is for a series of curved mid-rise structures interspersed with public plazas, aimed at stitching together Prague's Districts 1, 3 and 8, and creating a new gateway to the city from Václav Havel Airport

"We have developed an urbanism for the site which draws inspiration from our analysis of the city and the site's dynamic circulation networks," explained ZHA project architect Craig Kiner.

Renderings show predominantly glazed structures with projecting balconies and golden details. These will vary slightly in scale, to be "compatible" with the city's existing architecture.

A new public square will span the railway lines, creating a connection to Na Florenci street and improving access to the station. Four additional plazas will be dotted across the new district, including at the bus terminus and along the boulevard.

According to Kiner, the design is "sensitive to context, unifying in aspiration and contributes to the urban fabric of Prague".

The project is backed by Masaryk Station Development (MSD) consortium, which was set up in 2004 by Czech Railways and several private companies but is now majority owned by investment group Penta.

Penta partner Marek Dospiva said the project will "regenerate this site that has been abandoned for decades into a vibrant new central business district with exceptional public spaces".

Zaha Hadid died at the end of March, after suffering a heart attack while being treated at a Miami hospital. Her firm has vowed to carry on without her under the lead of Patrik Schumacher, who described his former partner as "empowering" and "unprecedented".

The studio has four projects completing this year, including the Salerno Maritime Terminal unveiled last month. It also recently won a competition for a new building at a technology park near Moscow. 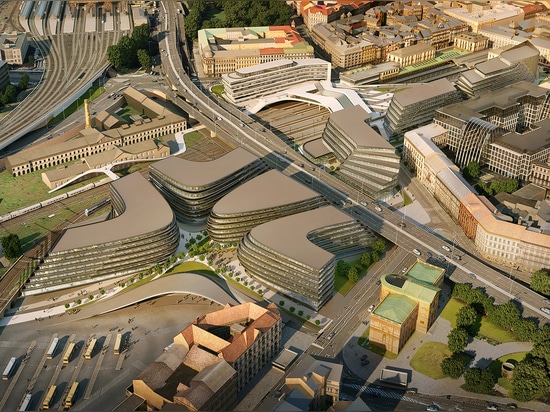 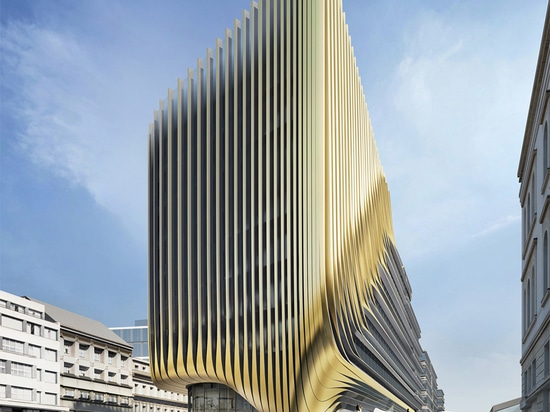 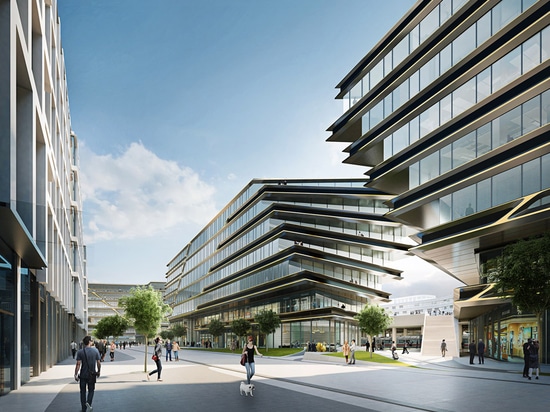 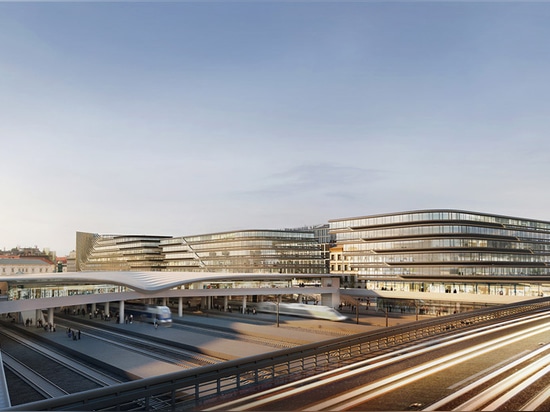