Città della Scienza - the City of Science - in Italy aims to turn a former military district into a self-sufficient urban ecosystem.

The project by Vincent Callebaut Architecture is part of a plan to regenerate the urban area in the north of Rome by focusing on visual appeal in addition to sustainable, natural design. The design consists of green public spaces, and a mix of residential and business spaces spread throughout several new buildings.

The project will regenerate the urban area along via Guido Reni, between the MAXXI and the Auditorium in northern Rome. Across the entire city, a grid of public spaces and pathways will link the structures, providing safe, pedestrian access across the entire footprint, while existing tree-lined avenues will be integrated into the overall design.

Building facades will be covered in vertical gardens and balconies, which will provide free, organic edible plants to inhabitants. Instead of being placed next to the buildings, fruit trees and food gardens become part of the buildings instead.

Retail stores, artist studios, art galleries, bars and restaurants integrate with residential spaces to create self-sustaining town within the city of Rome. Every building roof will be covered in greenery that can be used to feed the people of Citta del Scienza.

Rainwater will be recovered for irrigation, while hot water and electricity will be generated using solar means. Biomass recycling, energy-efficient buildings and lighting powered by integrated wind turbines make the city exceptionally green.

The project was created in collaboration with the COFFICE studio di architettura e urbanistica and Studio d’Architettura Briguglio Morales under the supervision of Prof. Ing. Paolo Colarossi in Rome. 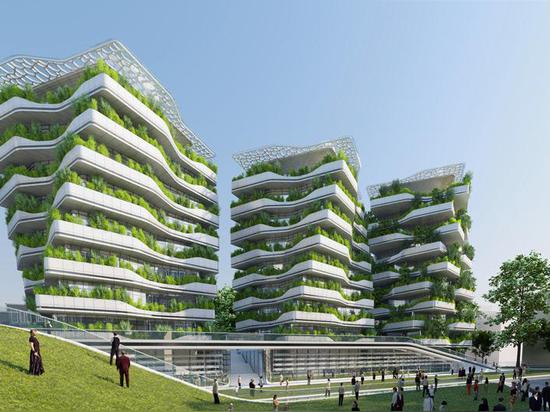 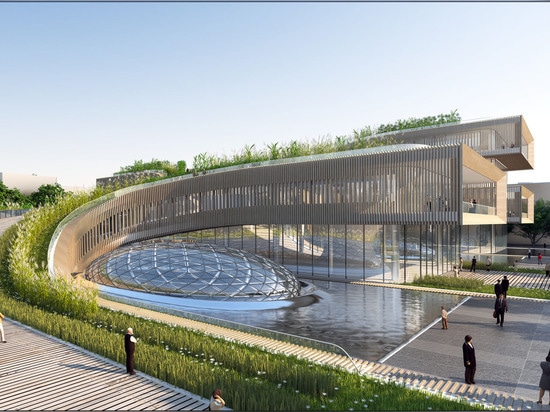 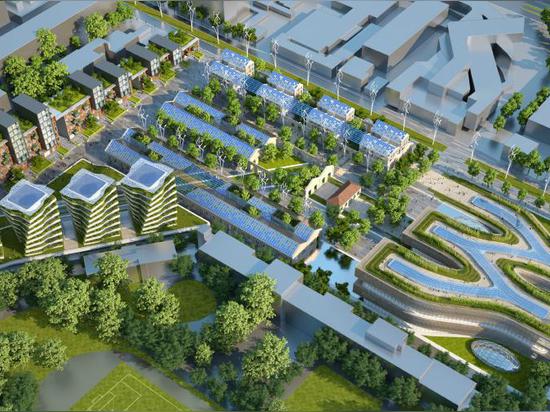