This mosque near Istanbul by Emre Arolat Architects, which features cast concrete walls and a "cave-like" prayer hall, has been shortlisted for this year's Design of the Year award

Turkish firm Emre Arolat Architects used a combination of light grey stone and reinforced concrete to construct the Sancaklar Mosque, which is set into a plaza made up of shallow terraced steps.

The 700-square-metre structure is situated in Buyukçekmece, a suburb on the outskirts of Istanbul and is separated from the surrounding gated communities by a busy highway and tall stone walls.The pared-back and unornamented structure is set into a depression in the landscape, with only the stone roof and a tall minaret visible from certain points around the perimeter.

"Sancaklar Mosque aims to address the fundamental issues of designing a mosque by distancing itself from the current architectural discussions based on form and focusing solely on the essence of religious space," said the architects.Pieces of stone set into the sloping terrain create rows of long, earthen steps that lead down to the sunken building. Tufts of grass have sprouted around the stonework, helping to integrate the steps and roof into the landscape.

A combination of concrete partitions, stone walls and tall box hedges screen areas of the gardens at the lower level, where stepping stones lead across a pool of shallow water to the entrance.

"The building blends in completely with the topography and the outside world is left behind as one moves through the landscape, down the hill and in between the walls to enter the mosque," said the team. "The project constantly plays off of the tension between manmade and natural."

"The contrast between the natural stone stairs following the natural slope of the landscape and the thin reinforced concrete slab spanning over six metres to form the canopy helps enhance this dual relationship," they added.

A large concrete-lined prayer hall forms the centre of the building, while auxiliary spaces including a foyer, shoe-storage room and washrooms are arranged around its periphery.

Male and female worshippers are separated by a black screen in the prayer hall, meaning women are segregated into a strip along one side of the building. The perforated screen provides privacy while allowing the congregation to maintain eye contact with the pulpit.

The main prayer hall features a tiered concrete floor and ceiling. Lights set beneath the steps and in crevices in the ceiling softly illuminate the space.

"The interior of the mosque, a simple cave-like space, becomes a dramatic and awe-inspiring place to pray and be alone with God," said the architects.

A ribbed concrete wall that runs along the front of the space slopes back towards a sliver of daylight provided by a skylight. Only narrow strips of concrete connect the ceiling to the Qiblah wall – which orients worshippers towards Mecca – creating a slotted lightwell.

"The slits and fractures along the Qiblah enhances the directionality of the prayer space and allows daylight to filter into the prayer hall," said the team.

A flight of steps with a rounded profile creates a podium for preachers in front of a doorway. A staircase behind the door leads to the tall, oblong minaret – a typically decorative structure used to project the call to prayer.

Another pulpit projects from an adjoining black wall, which separates the bathrooms from the main hall and frames a space for the resident preacher.Sancaklar Mosque, which was completed in 2012 and won best religious building at the World Architecture Festival in 2013, has been nominated for this year's Designs of the Year, an annual award run by the Design Museum in London. An exhibition of the 76 nominated architecture and design projects will run at the museum until 23 August. 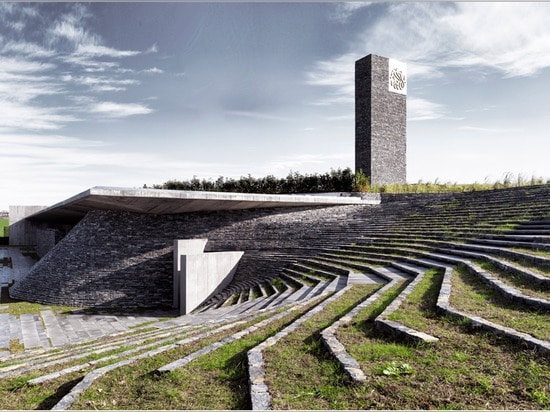 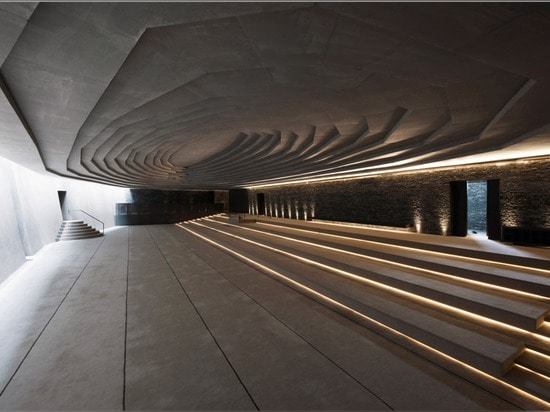 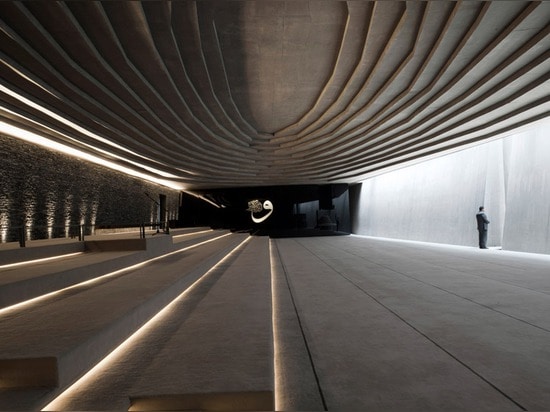 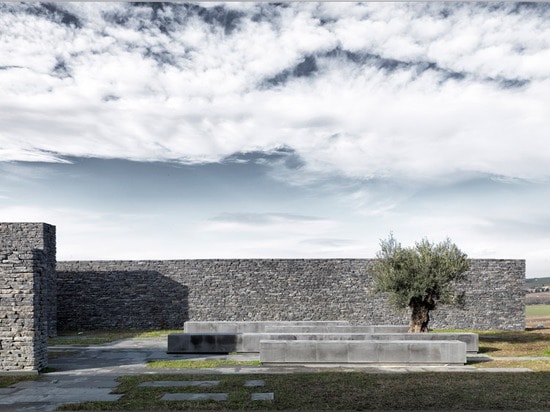 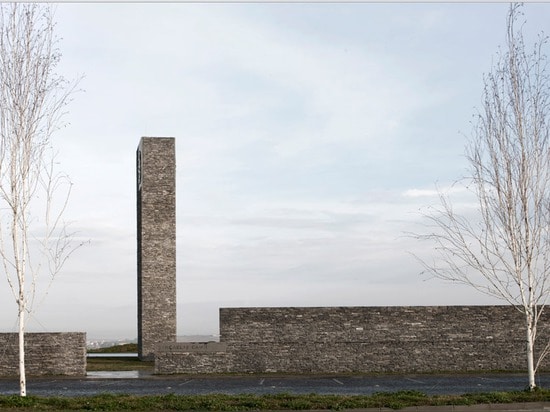 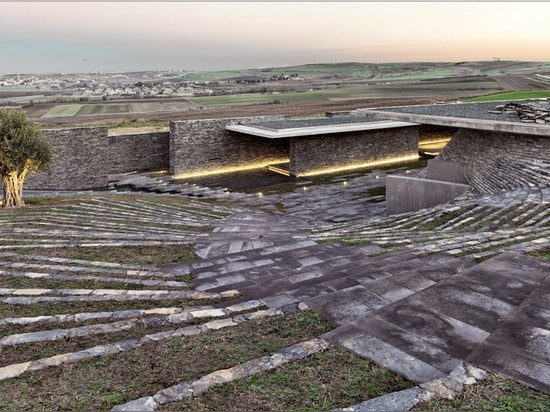