Foster + Partners has completed a new city hall for the Argentinian capital, featuring a wavy concrete roof, a quadruple-height atrium and a glazed facade offering views out to the park

Located in the city's Parque Patricios neighbourhood, the Buenos Aires Ciudad Casa de Gobierno provides a flexible workplace for the city mayor and 1,500 staff, but also offers facilities for the local community.

This was possible thanks to what the architects describe as the "inherent flexibility of its design". The building was laid out as a series of staggered terraces, set back from the glazed facade and planned to a strict eight-metre grid.

The curving roof is an interpretation of the traditional barrel vault. Supported by pillars, this canopy forms a series of gently curving waves that extend beyond the facade to offer shade and shelter.

"Sustainability relates very strongly to local resources and climate, and Buenos Aires Ciudad Casa de Gobierno is a great demonstration of how architecture can work with nature via passive environmental means to naturally reduce energy use," explained Foster.

"The roof extends like a canopy to provide shade, its flowing concrete structure is both symbolic as a civic building and functional in regulating temperatures," he added.Behind the glazed facade, the four-storey-high atrium spans the width of building, allowing plenty of natural light to enter. There are also two large patios that punctuate the floorplates. These are filled with greenery and are lit from above by louvred skylights.

Additional louvres were added around the building's exterior to prevent direct sunlight from distracting staff.

"Shading louvres on the east and west protect the interior from direct glare, while courtyards allow sunlight into the heart of the building; in this way, its design is very much a response to place and climate," said Foster.

All floors are connected by top-lit corridors and the open-plan workspaces feature almost no partitions. Foster + Partners expects this to promote better communication between departments and encourage a sense of community among employees.

Other facilities include a 300-seat wood-panelled auditorium and a cafe, both of which can be used by the local community.

The thermal mass of the concrete soffits helps to regulate temperature, and chilled beams were also added to help keep the space cool at the hottest times of the year.

"Its design is very much a response to the local context, socially and environmentally," added David Summerfield, studio head at Foster + Partners. "Our aim has been to create a highly flexible building, which celebrates the city's wonderful climate and the unique park-side setting, and will make a positive addition to a revitalised neighbourhood."The city hall occupies an entire city block in Parque Patricios, a formerly light-industrial area to the south of the city centre.

Foster + Partners completed its first building in Buenos Aires in 2012 – a ten-storey housing block in the industrial port area of Puerto Madero. Other projects in Latin America include the new Mexico City airport, which the firm is working on alongside local architect Fernando Romero. 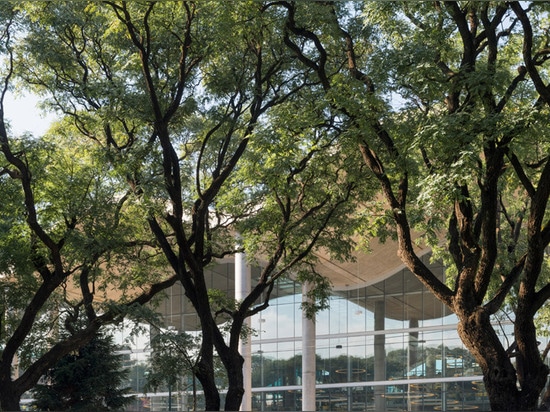 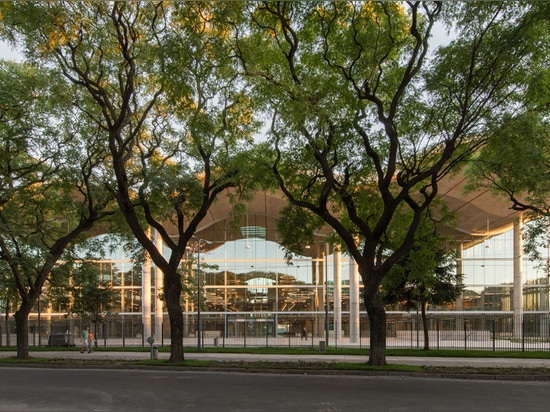 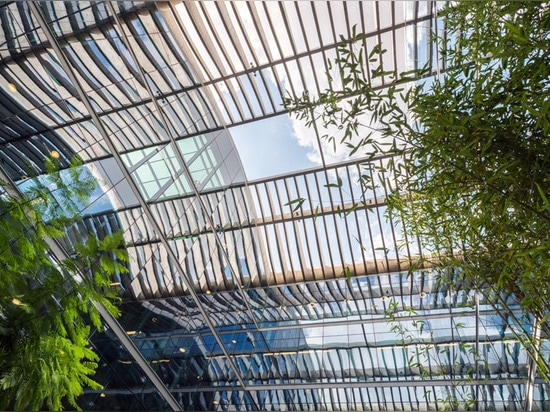 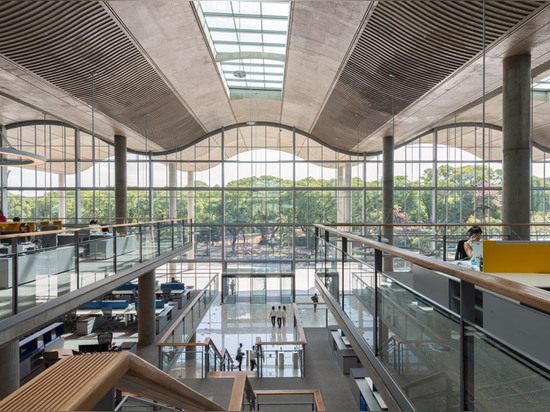 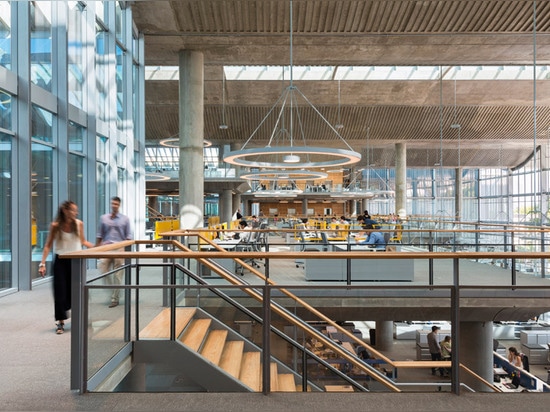 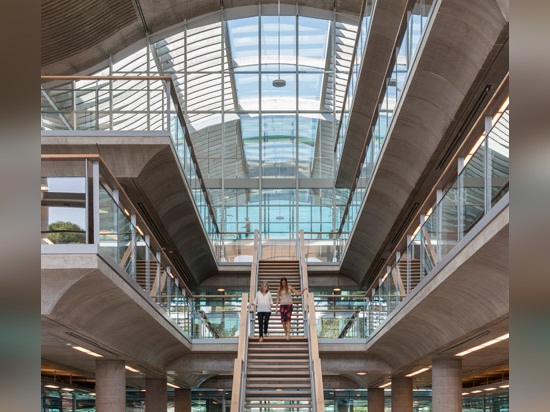