This 65-metre-long house in the Brazilian countryside was designed by Studio MK27 to be opaque at one end and transparent at the other.

To keep its inhabitants comfortable, the building was conceived as a well-insulated shed with a house-shaped profile.

Most of the exterior is clad with corrugated metal, but one end is fully glazed to create an indoor terrace and swimming pool.

"The architecture sought to create generous internal spaces for the cold days," said Studio MK27, whose past residential projects include the raw concrete Casa Cubo and the glassy Casa Redux.

"Externally, the same continuous volume creates a duality between an opaque block – where the living room, bedrooms and service areas are – and the transparent stretch of the heated pool and sauna."

The clients originally requested a house on the highest point of the hillside site, where it would benefit from the best views, but Kogan persuaded them to build on a lower section surrounded by pine trees.

"This solution allowed the building to be surrounded by nature, creating an intimate relation with the site," said the team.

The 14-metre long glazed section is a paved terrace with the swimming pool extending along one side, an enclosed sauna and dressing room on the other, and a wood-burning stove embedded in the rear wall.

An integrated ventilation system helps to prevent condensation from clouding up the glass, so residents can always look out at the trees when taking a swim.

A generous balcony deck links this space with a large living and dining area, featuring a table big enough to seat 16 people. A kitchen area and breakfast counter run along the rear of the space, but can be hidden away behind a folding screen wall.

The slate floor surface follows through from the swimming pool area. The walls and ceiling are lined with lengths of timber, offering a homely aesthetic that is echoed by the traditional pitched roof and ceiling.

"The use of the internal materials, such as wood, made the house a cosy one, like the traditional chalets in the mountains," said the team.

Instead of simple windows, a series of glass doors run along the side walls. In colder weather, residents can screen them using sliding wooden shutters.

Beyond the living room, five bedrooms are arranged in sequence within a long white box. The master suite is first, followed by four smaller rooms.

At the end of the corridor, a final room offers a more intimate living and dining area, which opens out to a large balcony.

To ensure a cheap and speedy construction process, much of the structure was prefabricated before being transported to the site. Industrial materials were also specified wherever possible, from the corrugated metal cladding to the steel framework. 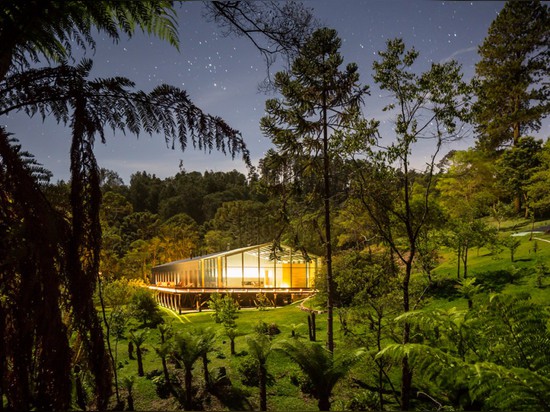 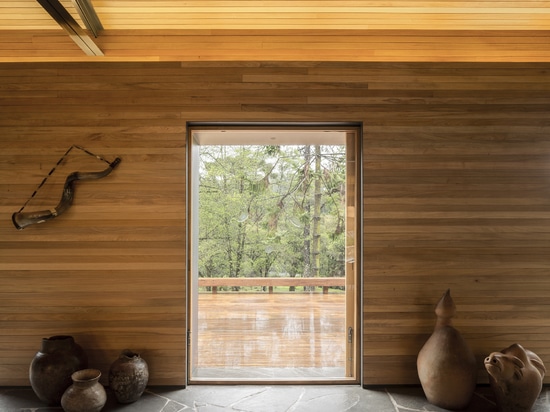 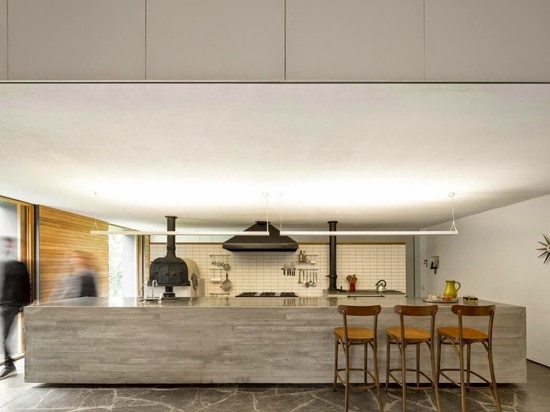 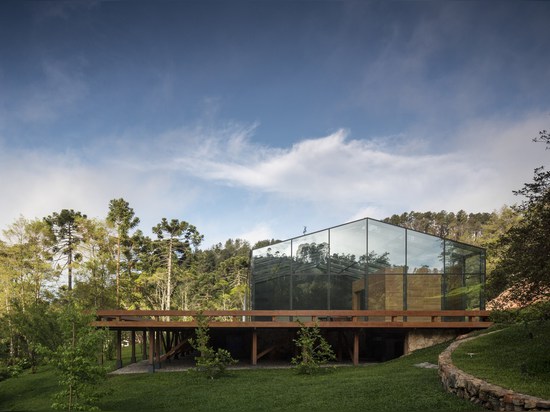 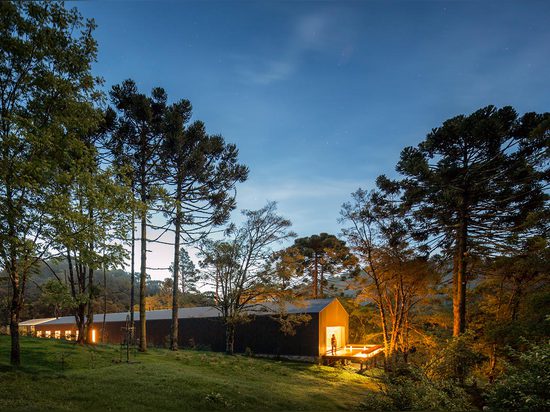