In Wallonia, the Italian architectural firm Demogo reactivated the old city center by connecting the new city hall with its historical buildings and gardens, through a series of panoramic views.

The city of Gembloux launched a process of urban renewal and asked studio Demogo to design the reconstruction of the town hall starting from the urban refurbishment of the entire city. Gembloux, a medieval city located in the Walloon region, is characterized by the presence of three significant historical buildings: the ancient bell tower called the Beffroi, the Église Décanale and the Maison du Bailly.

The project underlines the importance of the city symbols, intended as focal points and a direct extension of the building, from which the blocks of the new town hall are modelled. One of the key issues lies in the establishment of a clear relationship between the park and the city: the park becomes a meeting place for the inhabitants while the new town hall is set up as a scenic wing from which the view opens over the medieval core.

The project is grafted in the ancient urban centre, with its tangle of irregular and narrow streets, and it is designed as a coherent integration with the existing urban tissue: in this case the south front of the building is entirely opened on the Parc d’Epinal, that becomes the central garden for the people of Gembloux. The definition of specific points of view focused on the symbols of Gembloux activates a process of fragmentation of the unitary mass of the building in three smaller parts, that adjust to the urban scale of the city and house different functional programs. These resulting fragments, covered with a copper cladding, take advantage of the various elevations of the site and generate an articulated sequence of complementary public spaces. Each block is divided by glazed diaphragms: empty spaces between solid building masses, places of transition from where the user can appreciate the surrounding townscape. 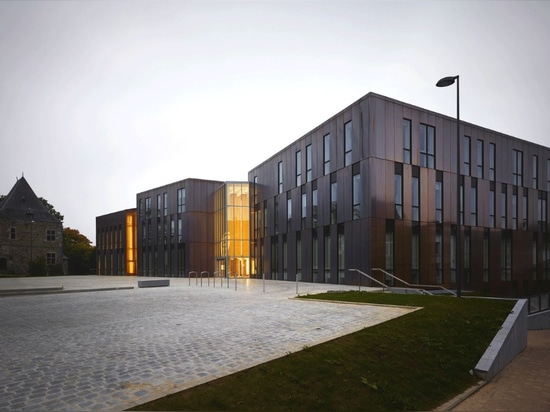 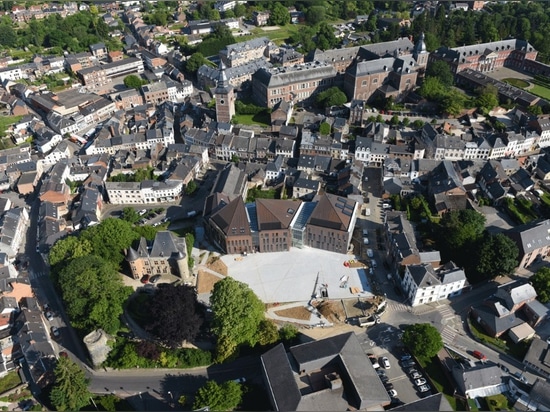 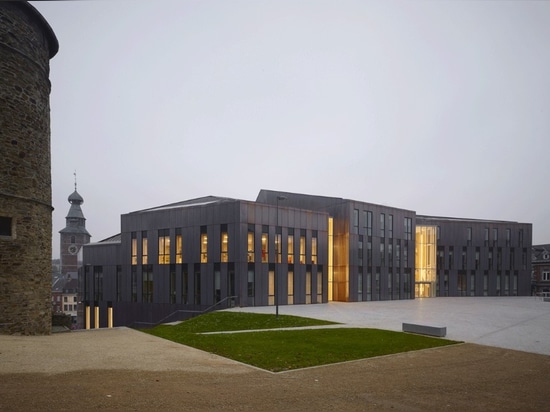 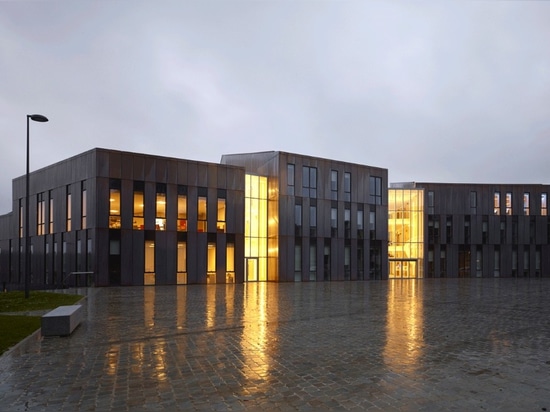 Demogo, town hall in Gembloux, Belgium
*Prices are pre-tax. They exclude delivery charges and customs duties and do not include additional charges for installation or activation options. Prices are indicative only and may vary by country, with changes to the cost of raw materials and exchange rates.
Compare
Remove all
Compare up to 10 products