Steven Holl Architects has announced plans for a brand new addition to a historic college in Pennsylvania.

Asymmetrical white walls will adorn a three-story visual arts center on the campus of Franklin & Marshall College in Lancaster, which opened its doors in 1787. Holl’s signature minimalism is evident throughout the renderings unveiled during the college’s graduation ceremony this week. The New York-based architecture firm has developed a multi-phase plan for the college campus, creating a clean, modern visual arts building with an adjacent reflecting pool tucked between old-growth trees. Those trees, in fact, directly inspired the design for the building. “Raised kite-like into the trees, the building’s light profile is a concave response to the large diameters of the campus’ trees—many over one-hundred years old and the oldest things on this great historic campus,” Holl said in a statement. “The new building will form part of a new Visual Arts Quad with a storm water reflecting pool at the south end of the campus marking a new college entry centered around the arts.”

The SHA-designed visual arts building will have many purposes under one roof, playing home to classrooms, studios, and offices as well as an auditorium. The new building will replace the existing Herman Arts Center, which opened in the 1960s, and will encompass 35,000-square-feet of indoor space—nearly twice the size of the current fine arts building.

The new fine arts building represents the college’s commitment to pushing forward into the future of art and design. Bringing Steven Holl on for the project seems like a natural fit, because of the architect’s desire to creating excitement in the midst of the college’s park-like setting. “We don’t have a single ‘style.’ We always try to shape a unique experience, and our approach is the same with this project,” said Holl. “We look to create something of this place, to inspire future students.” 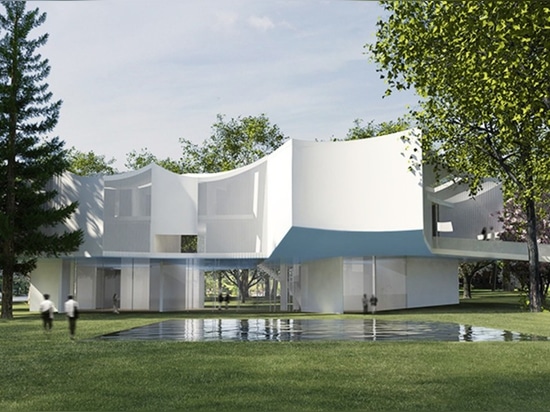 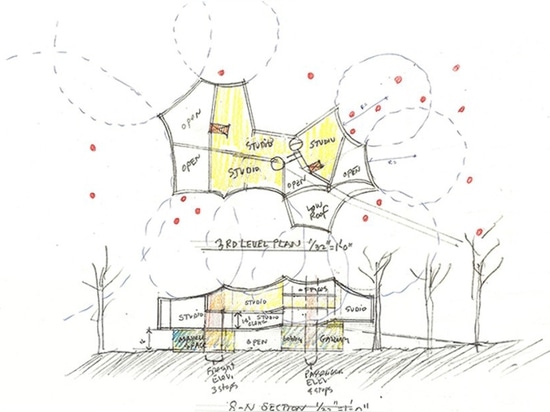 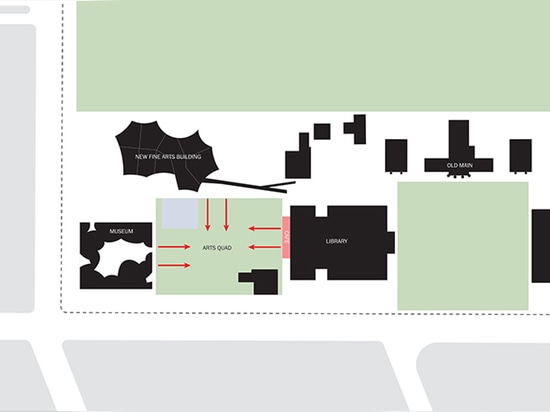 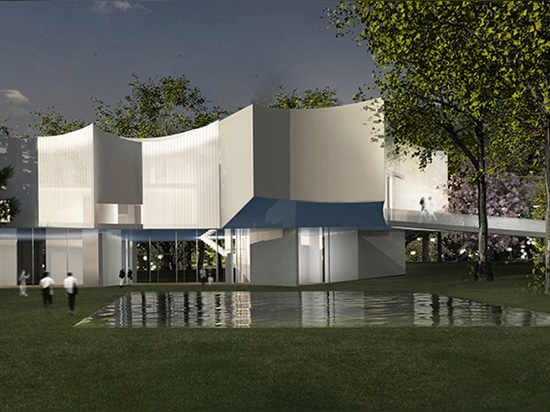