Through Schwartz/Silver’s modernization of the building and a new security pavilion, the 1979 building is more welcoming and a new symbol for the U.S. government in the city

The U.S. General Service Administration's Design Excellence Program celebrates its 20th anniversary this year. Since 1994 the program has streamlined the selection of quality architects and led to notable office buildings, courthouses and other facilities. One building that predates the program is the McCoy Federal Building in Jackson, Mississippi. The architects answered a few questions about the project.

Please provide an overview of the project.

The goal of the modernization was to transform the relationship of the McCoy Federal Building to its surroundings and create a catalyst for urban renewal and a new image of the Federal Government in Jackson. The existing 1979 building was an unwelcoming concrete tower without a clear sense of entry, setback from the street by an inactive paved plaza. The Entry Pavilion is the primary agent of this transformation that redefines the relationship between the city and the federal government at this site. The re-envisioned plaza provides a landscaped oasis in the city for the employees and visitors who utilize the building. By reaching out towards the corner of the site, the invitingly scaled security pavilion reestablishes the street edge of Capital Street and creates a welcoming entry point for the building.The pavilion was designed as a counterpoint to the angular solid mass of the office tower. Inspired by the Mississippi River’s changing meanders, the pavilion’s entry canopies curve out to welcome pedestrians. The ribbon-like façades of the pavilion are clad in white aluminum skin. In front of that metal surface, aluminum ribbons support fritted glass shingles that hover free of the façade. The glass shingles, floating in front of the building skin, are luminous, translucent and ephemeral.

Were there any significant challenges that arose during the project? If so, how did you respond to them?

The renovation of the office tower needed to be executed while the building was fully occupied. No more than two floors could be under construction at any one time and the old and new systems needed to be operational to serve the occupants. To maintain the engineered systems, 4D BIM modeling was utilized, allowing sub-contractors to coordinate phased work within an occupied building. This methodology allowed the project to stay both on schedule and on budget, and the project was the recipient of a BIMforum Delivery Process Innovation Award.The design of the entry pavilion had to account for a limited buildable footprint due to a 60’ wide storm water culvert that occupied most of the open space on the site. The building structure had to be designed so that a third of the building is cantilevered over the culvert. The roof and wall framing form a large truss that is anchored by pile foundations into the Yazoo clay.

To execute the unconventional form and screen wall detailing, the design team engaged in a design assist process with A. Zahner. This process allowed the detailing to be based around the manufacturing process, off-site fabrication and rapid on-site installation. A Building Information Model (BIM) conveyed the complex geometries and allowed for the coordination of structural steel and envelope cladding.

The construction of the exterior cladding utilized a design assist process that allowed the team a design to fabrication modelling and detailing. Coordination occurred using BIM models to capture the complex geometries and varying conditions to fabricate. The geometry of the design model was used by the fabricator to finalize detailing and interface with their CAD-CAM manufacturing equipment.The McCoy project took careful consideration of current practices in urban design, in order to remedy some of the issues the site had inherited. The renovation has reopened this site to the surrounding neighborhoods through careful interventions, including the new security pavilion, a reestablished street edge with building mass similar to those along Capitol Street, and landscaping changes. The scale of the pavilion, and its extension towards the corner of the site, provide a more approachable access point for the building and its agencies. Landscaping changes have created inviting public spaces, supporting community use. Through this project, the GSA has encouraged the development and revitalization of downtown Jackson, Mississippi, including the Farish Street Entertainment District and the Mississippi Blues Trail.

How would you describe the architecture of Mississippi and how does the building relate to it?

A wonderful characteristic of the regional vernacular in Mississippi is that the volume of the building is rarely entirely enclosed. There is a blurred boundary between interior and exterior. Porches and verandas are the most ubiquitous examples, but also worth noting are the breezeways of dogtrot homes. Even seemingly minor details such as roof overhangs and ornaments that span architectural styles break down the volume of the building. Mississippi has a climate where the intersecting spaces between inside and out can become primary functional zones, providing shade and breezes for the occupants. In the design of the pavilion we played on the diaphanous screen wall that is characteristic of the regional architecture and used it as a means of breaking down the solid mass of the existing building to make it more engaging and open. 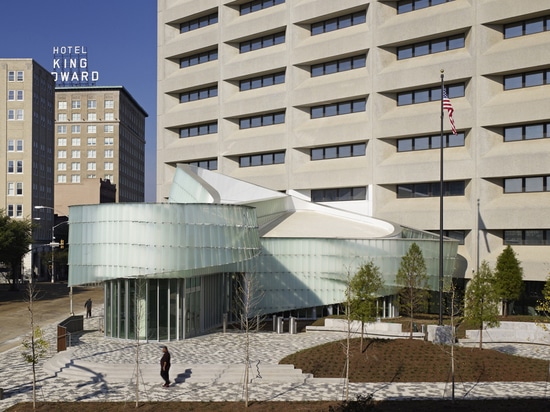 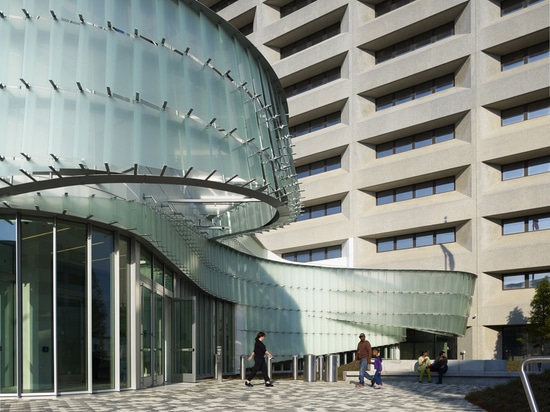 View of entrance to pavilion 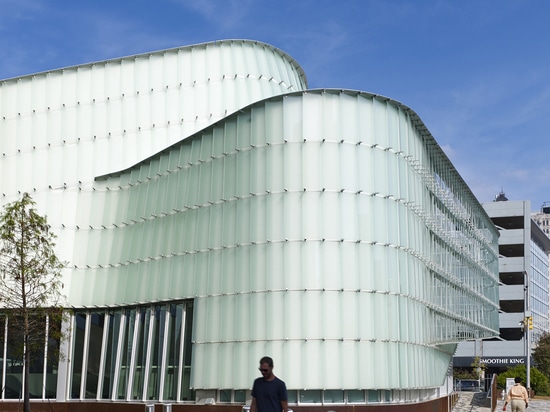 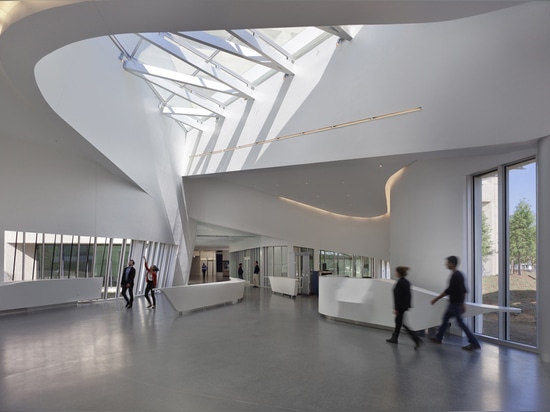 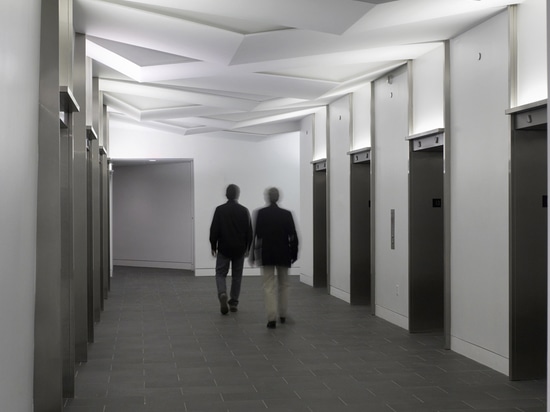 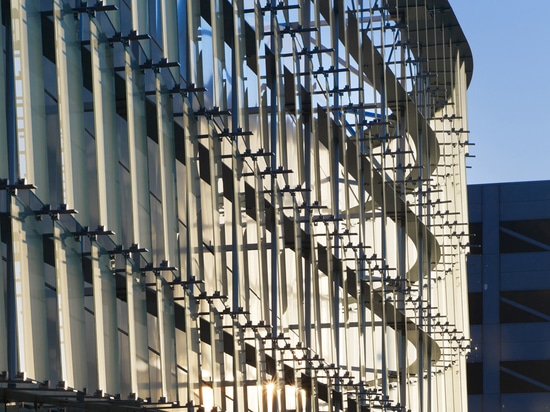 Glass shingles are translucent and change in appearance throughout the day.