Designed by Dutch practice Mecanoo, together with US based firm Sasaki Associates, the Bruce C. Bolling Municipal Building in Boston houses the Boston Public Schools (BPS) department and plays a central role in the reactivation of Roxbury’s Dudley square.

As a testimony to the vision of the late Mayor Thomas M. Menino, the building stands proudly over Dudley Square. It was Menino who decided the City of Boston would develop the vital plot of land by consolidating 500 civil servants from the BPS into a new municipal office building for education, in conjunction with a community centre and retail space. The building’s second floor is home to the Roxbury Innovation Center, initiated by Mayor Martin J. Walsh.

Mecanoo and Sasaki’s design embodies the City’s vision of a symbol of change that is freely accessible to all, celebrating the history of Roxbury and inaugurating a new era for the neighbourhood. Since every student and parent in the state will visit the BPS at least once, the building is designed to be friendly, healthy and inspirational to people of all ages. It challenges what an office building is, proposing new ways of working and promoting collaboration and transparency through an open layout.

The facades of the Ferdinand, Curtis and Waterman buildings on the plot reach out to all sides of the city. The project unites and re-engages the existing built corners by stitching them together into a bright new building. In blending new and old into one proud yet subtle, interconnected series of spaces, it boldly looks to the future while referencing the neighbourhood’s rich and vibrant past.

The historic facade of the five story limestone and terra cotta Ferdinand is restored and kept as a landmark, returning life to a building intimately linked to the community of Dudley. The facades of the Curtis, in its Queen Anne red brick style, and the Waterman, built in the Boston Granite style, are comprehensively restored. They maintain the feel and scale of Dudley Square while the central volume to new municipal centre injects a modern aesthetic; understated in form, yet prominent in the level of craftsmanship employed. Together, these elements create a rich texture both physically and conceptually: a stepped form which respects the historic volumes of the three original structures.

Referencing the original buildings, the prevailing thinking during the design phase is that the new municipal centre should also embody a time-honoured approach to craft in construction. As a Bostonian building with a Dutch touch, a contemporary interpretation of classical layering manifests itself in the brick work encompassing a number of different masonry techniques from running bond, to stack bond, to soldier bond. Within the brick facade are elements in relief, casting intricate shadows across one another in a playful, ‘jazzy’ rhythm. Because of the vitreous properties of the brick, the facade reflects light in different ways depending on the weather conditions.

To celebrate the history of the neighbourhood as a transport hub, the void of the historic rail tracks is used as the main circulation route on the lower levels. The entrances are marked by an abstract interpretation of the railway in the form of illuminated rails above your head. Atop the central volume, the mechanical penthouse doubles as a light beacon announcing Dudley Square’s ‘renaissance’.

The ground floor of the facility serves as an entirely public zone – known as the “New Dudley Square” - providing both community gathering space and opportunities for individual economic advancement. The second floor is outfitted with spaces in which parents, students and staff interface, as well as being home to the Roxbury Innovation Center. The double height School Committee Room surrounded by the facade of the Ferdinand building can also be used for cultural and community activities.

Above are three floors with BPS offices with flexible work spaces varying from open office floors to small offices for concentration, multiple meeting rooms, and spatial niches along the existing facades. The sixth floor houses public meeting rooms and a roof terrace offering vistas across the metropolis towards downtown Boston and the water beyond. This rooftop space, uniquely, is free and accessible to all. 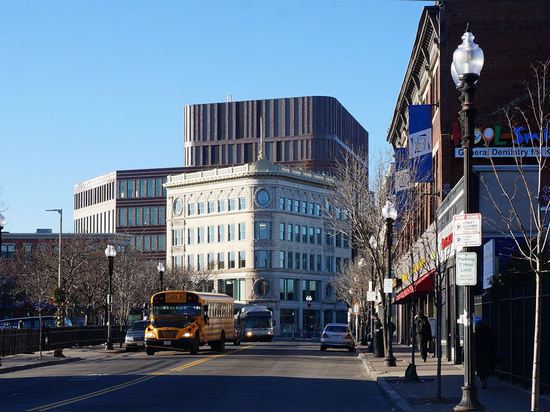 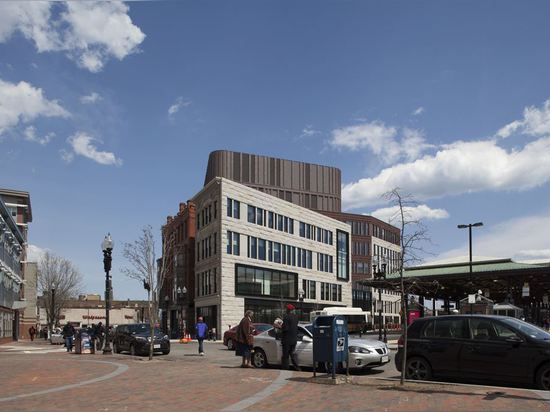 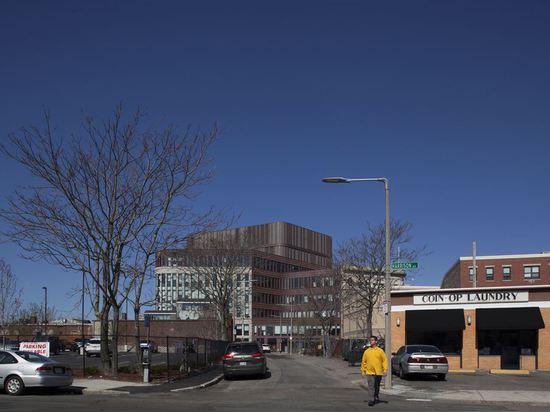 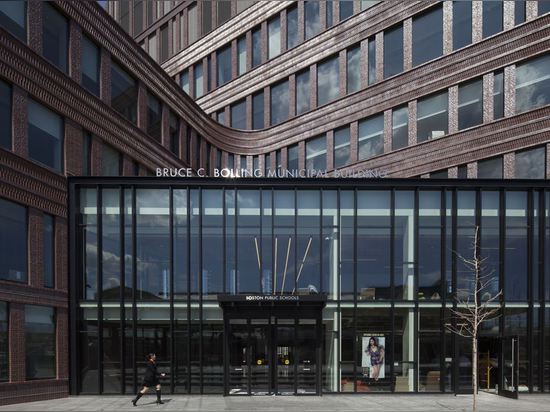 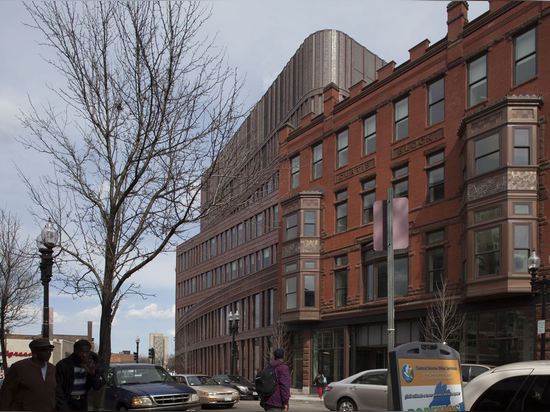 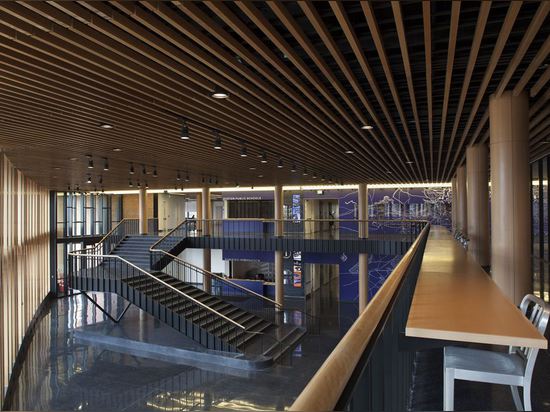 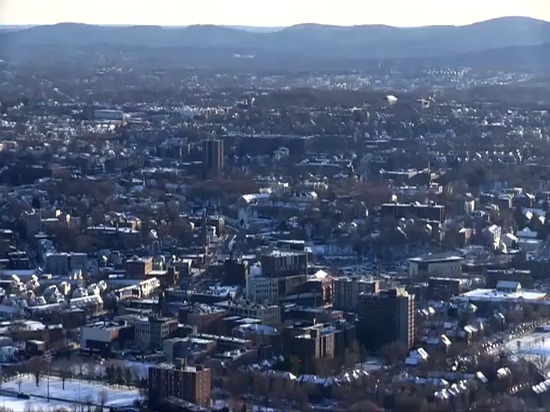 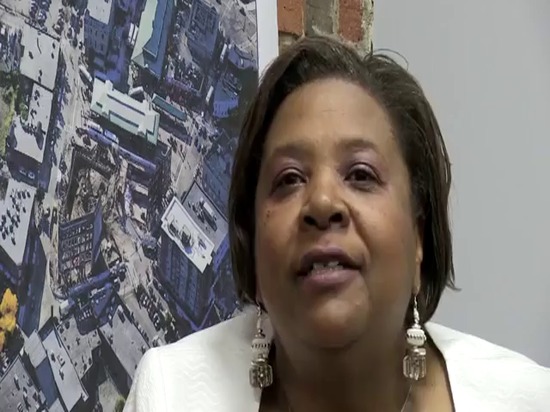