Empress Restaurant, located in the new extension of Singapore's Asian Civilisations Museum, has been designed to fully meet its patrons’ expectations and to impress at first sight as it serves up a delectable menu of modern Chinese cuisine.

Developed for The Prive Group by the design firm, Takenouchi Webb, the nearly 700 square meter project took 10 months to complete before it opened in December 2015 and posed a variety of factors for its designers, Marc Webb and Naoko Takenouchi, to consider and implement.

These included a reverence to the restaurant's location, a remarkable position which faces the Singapore River on the one side while backing up to the heritage facade of the museum on the other. As a result, the restaurant boasts two entrances, one on either side, and is therefore orientated to fully include both views in its red leather and rattan-clad seating arrangement which leads to mirrored and see-through surfaces becoming the backbones of Empress' design language as these create an interplay of light and sight between the entire open plan space while also separating it into sections.

These sections include the main dining area as well as a "flexible" private room - that is beautifully lined in a teal-colored grass wallpaper on one wall and a yellow chinoiserie patterned paper on the other - which can be created at will through the use of the custom made, see-through sliding screens. These Chinese-inspired, geometric cut-out, bronze metal screens are actually an integral part of the restaurant's décor signature and are also utilized to create privacy in other spots such as between the museum’s courtyard and the inside seating, as well as between the tables.

The same airy division tactic was employed for the two large, free-standing service stations - which separate the restaurant into two sections - as well as in the impressive, six meter long, marble bar. All three feature open shelving made from solid timber slats with brass elements, such as handles and finishes. But wherein the bottom half of the service stations are crafted from vertically placed timber slats, the lower half of the bar is constructed out of a light gray marble "slats," placed in the same, vertical pattern.

Hovering above it all, a brigade of custom designed pendant light fixtures - crafted from bronze colored metal, brass and fitted with mouth-blown, etched glass globes - hang from the ceiling casting a welcoming glow. Featuring a three-armed design of varying positions, they have been meticulously placed to adhere to the cadence of the arches on the building's historical façade, while the lantern-like light fixtures placed on the marble bar top echo the same convivial radiance.

All in all, Empress Restaurant is one that fully lives up to its inspiration namesake, all the while achieving a graceful balance between modern comfort, classic familiarity and elegant impact. 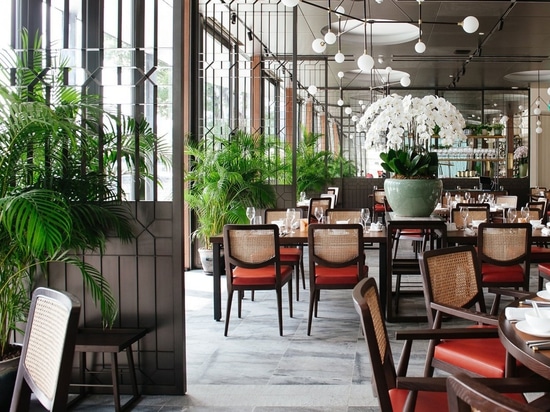 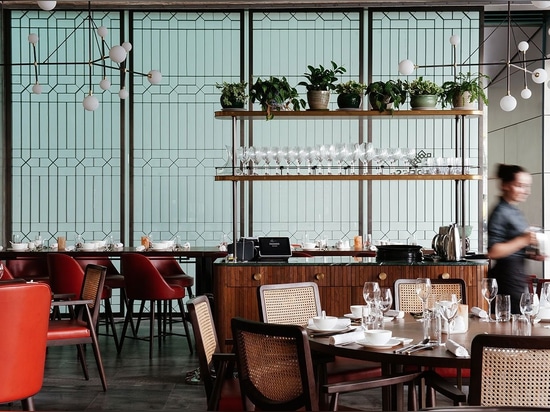 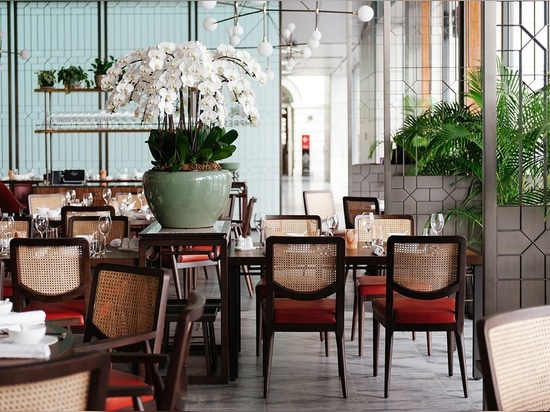 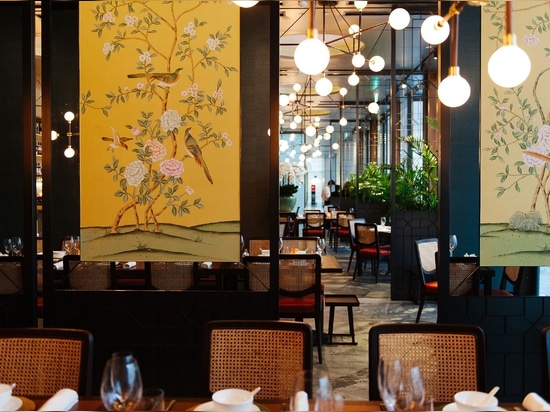