in china, OMA has completed an exhibition and events venue suspended above a public plaza along shanghai’s huangpu river. the design, which was first unveiled in 2014, is positioned on the ramp of a former ship cradle, within an area known for its long shipbuilding history. conceived as a ‘spatial armature’, the ‘lujiazui harbour city exhibition centre’ provides a concentrated events space within the surrounding financial district.

in addition to providing increased floor area, the building also organizes the surrounding plaza, allowing film screenings, fashion shows, and concerts — programmatic opportunities familiar to OMA. the elevated volume also transforms the site’s existing ramp into a large space for theatrical events, while the covered area below can be used for more intimate functions.

in order to establish a strong connection with the waterfront site, the design’s materiality references its industrial context. mimicking the unfinished ship hulls which used to populate the site, the elongated volume is wrapped in a metallic mesh that exposes its steel structure. see designboom’s previous coverage of the ‘lujiazui harbour city exhibition centre’ here. 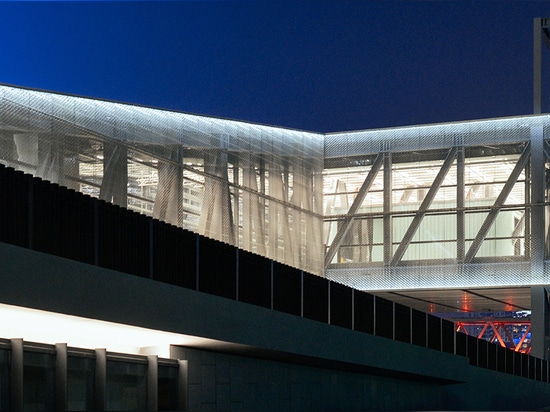 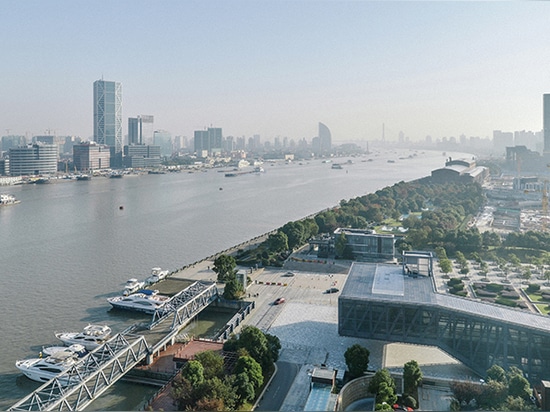 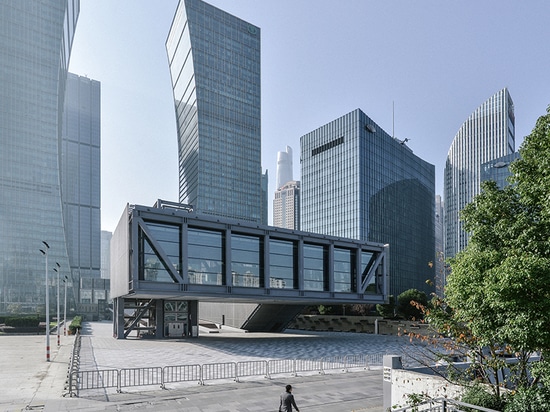 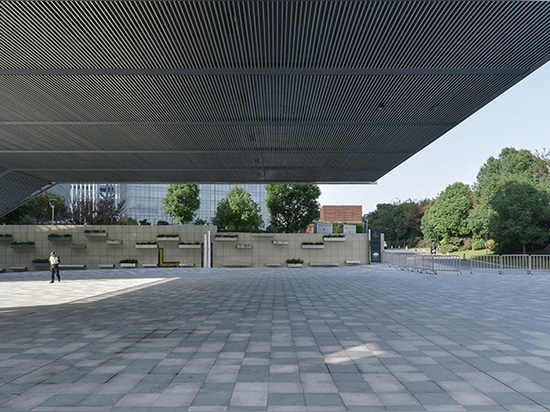 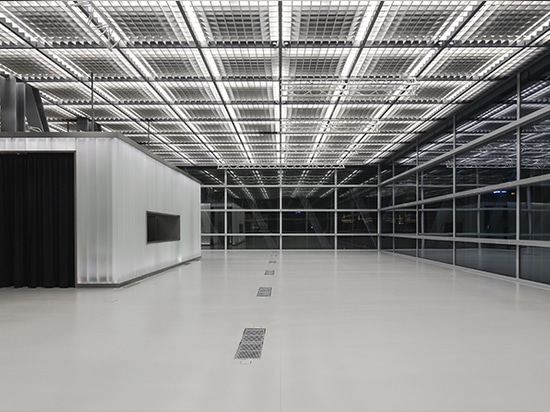 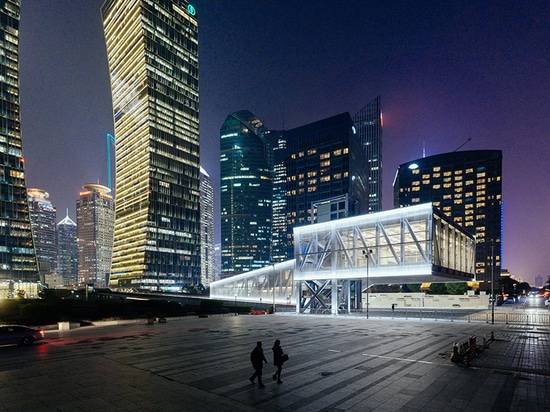