in moscavide, portugal, plano humano arquitectos completed the pastoral center of moscavide, a building hosting a range of facilities that include catechesis rooms, funeral chapels, and the parish residence.

in moscavide, portugal, plano humano arquitectos completed the pastoral center of moscavide, a building hosting a range of facilities that include catechesis rooms, funeral chapels, and the parish residence. due to the close proximity and connection with the church of santo antónio of moscavide nearby, a heritage building known to the area, the two buildings stand out as landmarks representing two eras that, although different, complement each other as reference points in the community.

the sunlight enters onto the resurrection chapels and create an almost ethereal sense. a large central skylight unifies all the space and invites a constant stream of light into the interior of the building. the different in-house spaces –due to their different requirements– dictated the programmatic display that progressed from more public to more private spaces, which in turn becomes a more isolated and introspective environment leading to the funeral chapels.

plano humano arquitectos decided upon a minimalist simple volume in articulation with the adjacent church that appears monolithic. the slender lamellae lining the entire facade de-materialize and soften the austere volume, providing a spiritual and incorporeal atmosphere, whereas in the interior, a sensation of shelter and introspection is achieved from the play of natural light. the final result is a simple, clean, and contemporary interpretation of a religious program. together with the volumetric spaces, and the link between natural and artificial light, this has resulted in a somewhat graphic building that invokes an ethereal and liturgical character. 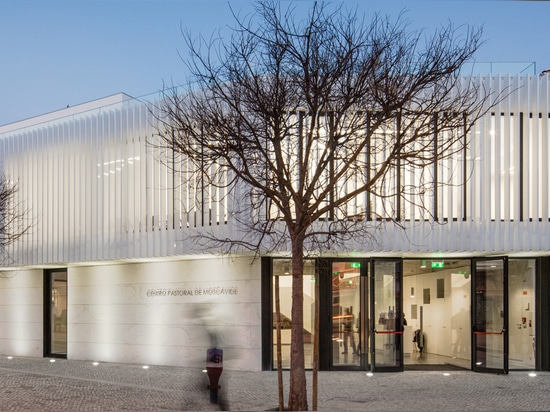 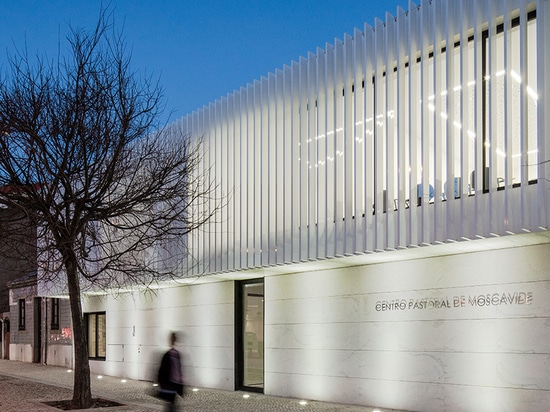 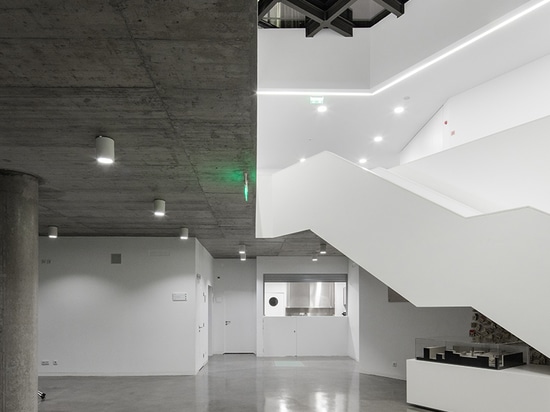 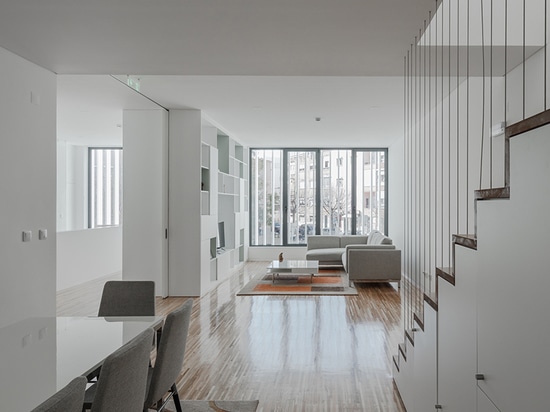