weaving its way through the urban landscape of seoul, south korea, a new skygarden realized by MVRDV has been built on a former inner city highway. named ‘seoullo’, the public 983-meter-long park has been planted with 50 families of greenery, including trees, shrubs and flowers displayed in 645 tree pots, collecting around 228 species and sub-species.

‘seoullo’, the korean name for the skygarden, translates to ‘towards seoul’ and ‘seoul street’. the completion of this project will help enliven this central station district into a greener, friendlier and more attractive location, while connecting all patches of green in the wider area. the project began when MVRDV won the competition back in 2015 and the main brief sought to transform the existing overpass into a public garden, overlaying a matrix of korean flora onto the elevated steel and concrete structure.

new bridges and stairs connect the viaduct with hotels, shops and gardens at the heart of the city. from the start, the architecture firm engaged with this need to change the forgotten and existing infrastructure into a green symbol that will become a catalyst for a greener quarter for seoul. in turn, the pedestrianized viaduct will transform the daily life of thousands of people who access this area every day. in total, the park will include 24,000 plants (trees, shrubs and flowers) that are newly planted — many of which will grow to their final heights in the next decade. 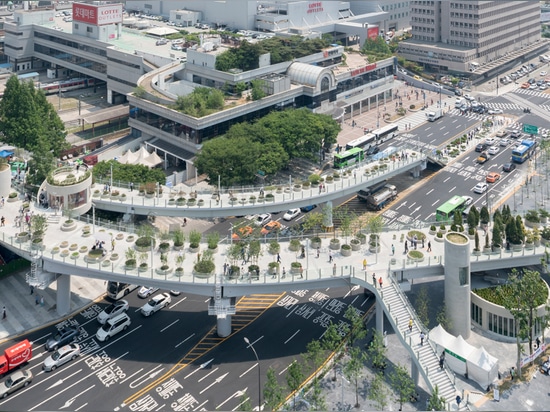 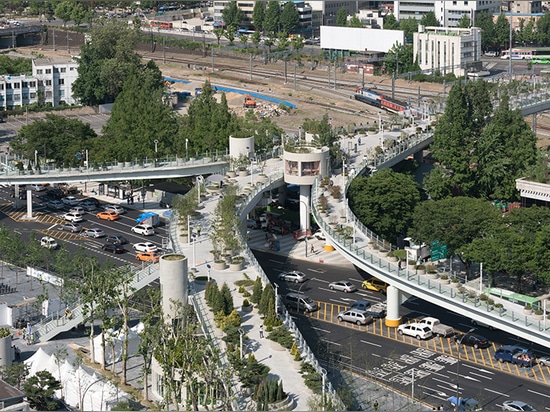 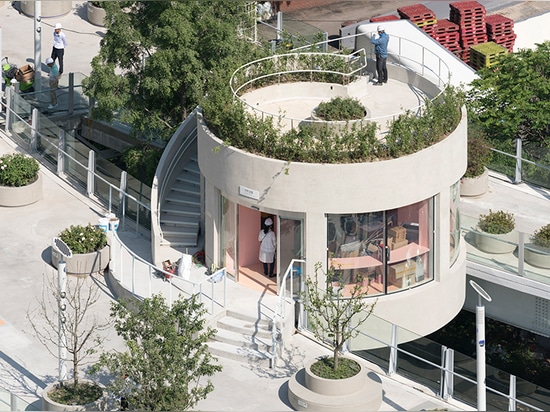