inside the museum of cycladic art in athens, kois associated architects were charged with re-modelling the museum itself including the cycladic café. sitting adjacent to the gift shop, the café’s interior design was influenced by the collection of art exhibited throughout the museum.

the light-filled interior is an inviting destination for visitors who come to see the museum exhibits or just to enjoy the café itself. a wall of greenery lines the edge of the back wall and invoke the feeling of being outdoors. this tropical addition — by landscape architects doxiadis + – juxtaposes the all-white interior and adds color to the minimal material and color palette used. most noticeably, kois associated architects added a sculptural ceiling screen which suspends over the dining area resembling contours of the earth. this ceiling sculpture influences the natural light permeating through and intertwine with the trees. 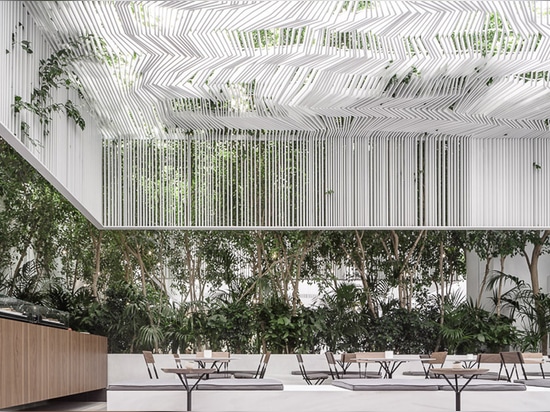 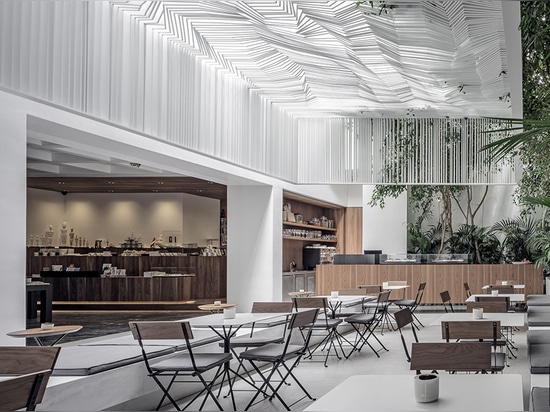 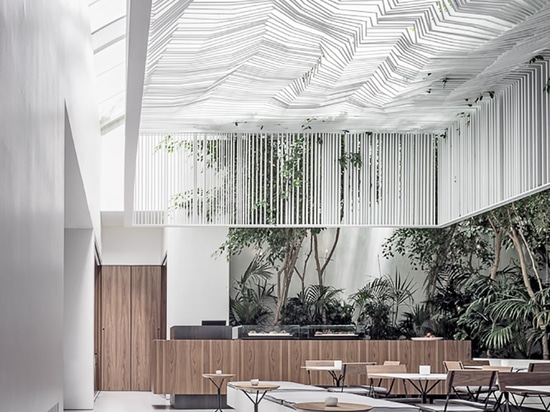 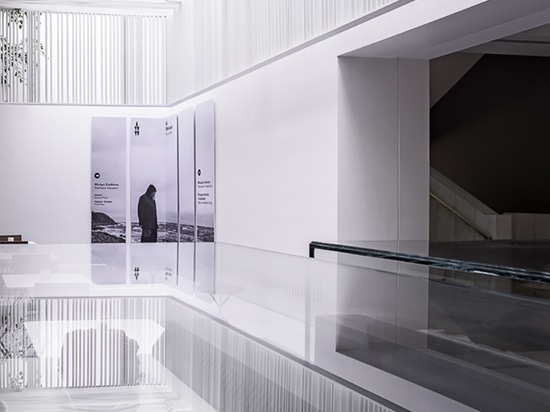