the vibrant and colorful street food stands of mexico have been translated into ‘torteria san cosme’, a mexican sandwich shop located in toronto’s kensington market.

the vibrant and colorful street food stands of mexico have been translated into ‘torteria san cosme’, a mexican sandwich shop located in toronto’s kensington market. realized by +tongtong, the client requested the multi-disciplinary studio to bring his childhood memories of mexico into the 700-square-foot space. given this objective and brief, the eatery attempts to bring to life the atmosphere and textures to provide a mexican-influenced backdrop to diners in toronto.

+tongtong devised an interior featuring a cacophony of colour, patterned tiles and hand-painted signs that purposely clash with a vivid large mural covering an entire wall. an awning of multi-hued webbing cantilevers over the take-out counter and is directly reminiscent of the traditional puesto (street food stand) and underneath, it doubles as a seating option.

the patterned blue and white floor tiles are a contemporary take on traditional flooring from spain. these tiles contribute to the palette of color used throughout the space, from the mural and vintage-looking signage, to the weaved awning and the colourful ingredients on display in the open kitchen.

‘we wanted to play with this idea of a stall within a space,’ explains principal designer john tong of +tongtong. ‘in mexico and central america, a lot of street food stalls are in larger buildings. there will be 10 or so inside a market, all individually contained.’

the use of hand painting is a feature used throughout the interior project. the large-scale art mural designed and painted by stephanie latulippe adds to the illustrative quality of the space. lighting is created from the fluorescent tubes, which hang diagonally above counter-height tables which are also taken from the food markets of mexico. altogether, the details come together to closely capture and transports a latin american flavor to the urban setting of toronto. 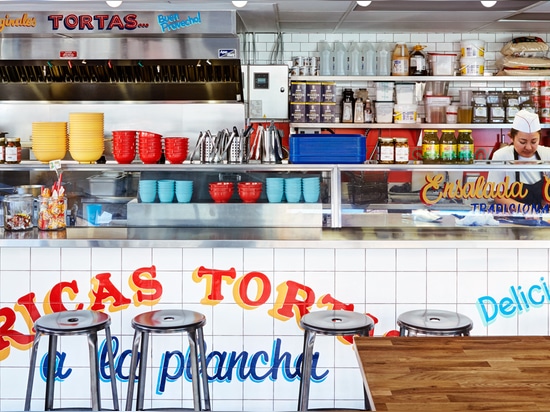 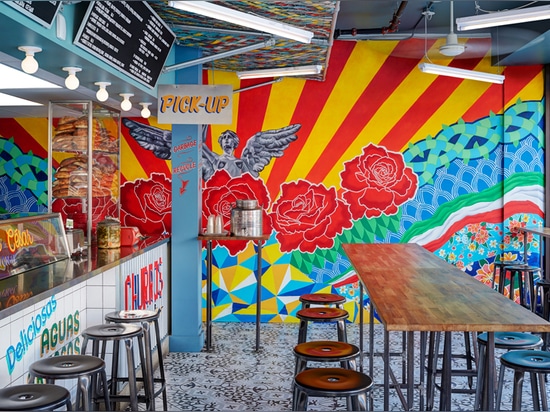 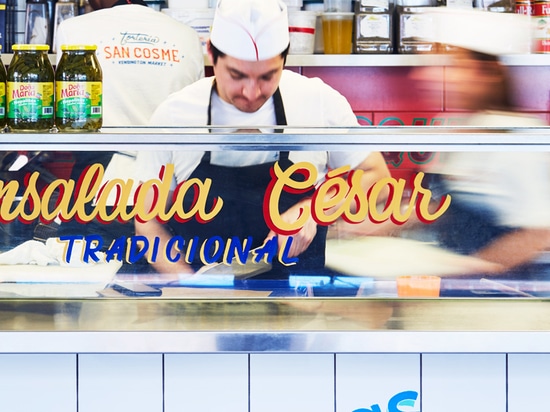 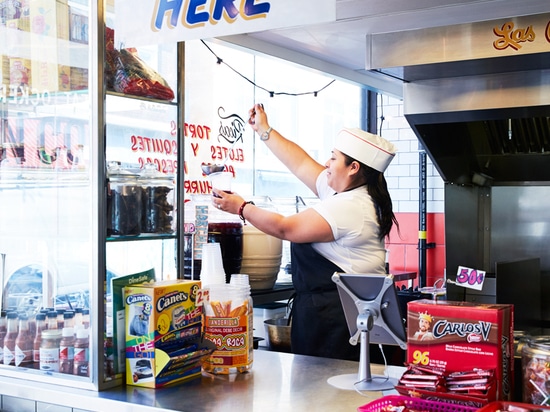 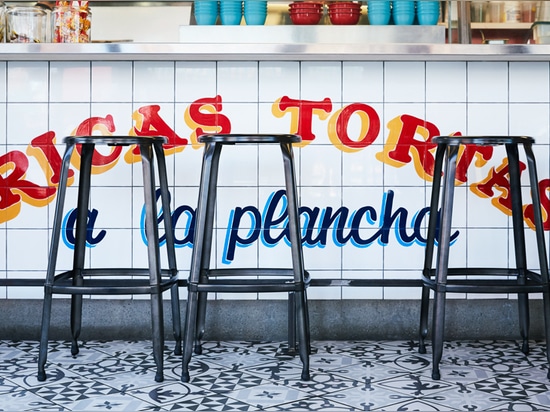 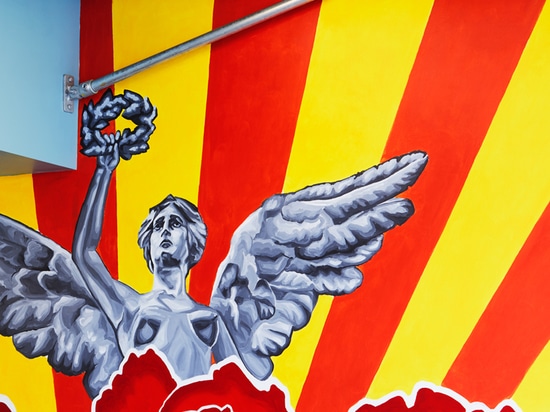