The project is a renovation of an apartment built in the early 60´s in Sao Paulo, which already had a good plan, yet compartmentalized in it´s original distribution.

Our proposal retains much of this distribution, but applying a series of changes that transform not only the space of the apartment, but the relationship of its inhabitants with the new space. By simply removing the walls of the kitchen and the service entrance and one of the bedrooms, the living room has become a large, fluid environment: TV room, library and reading space, dining room and kitchen became an unique space. Upon entering the apartment, the visitor is surprised by an unconventional bookshelf: stone volumes on the floor and suspended, crossed by wooden blocks that serve as support for the collections of magazines and CDs. Embedded in the upper stone volume, there is a wood volume in balance. Housing the library and part of the works of art of the residents, the metal sheet shelf with its minimalist and regular drawing is interrupted by an unexpected element: two wooden volumes in the format of Armenian churches windows the way they were portrayed in the movie " The Color of the Pomegranate " from the filmmaker Sergey Paradjanov and making a subtle allusion to the origins of the residents. The small circulation is designed to be a surprise and an antithesis of the rest of the apartment: peeling walls and different doors of various sizes, decorated by works of graffiti artists such as BLU and Interesni Kazki and lit by an old English lamp make this space completely different from the rest of the apartment. The bedroom has a minimalist design language through the elements that make up this space: the leather headboard with a rugged design and the night stands designed by the architects which are simply suspended rough stones which a metal support. 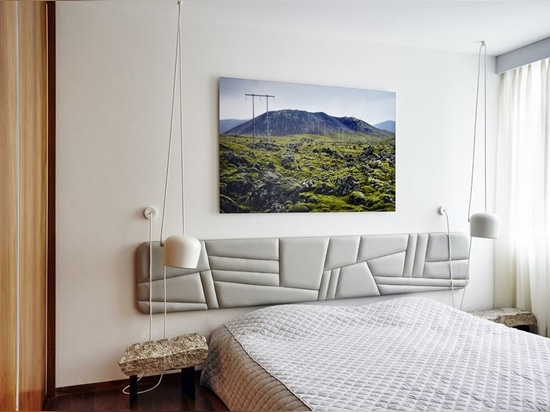 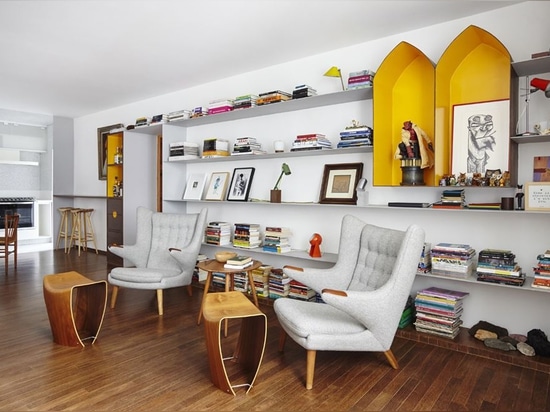 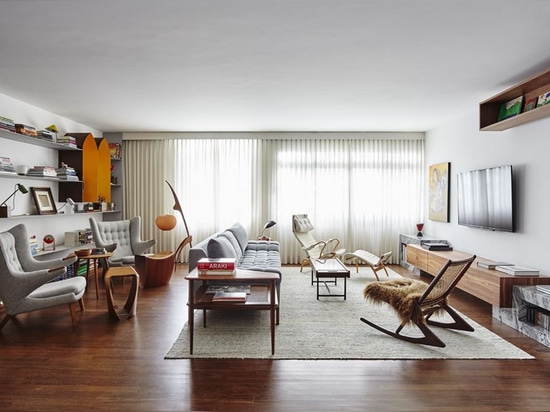 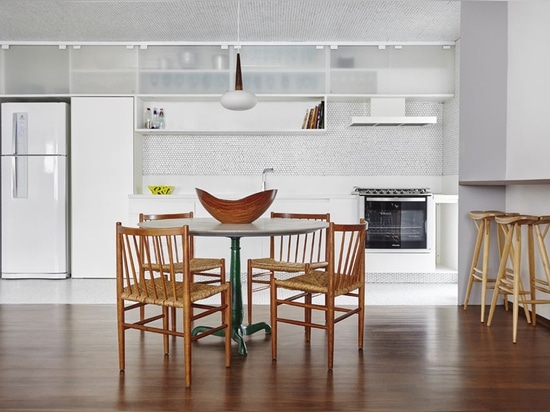 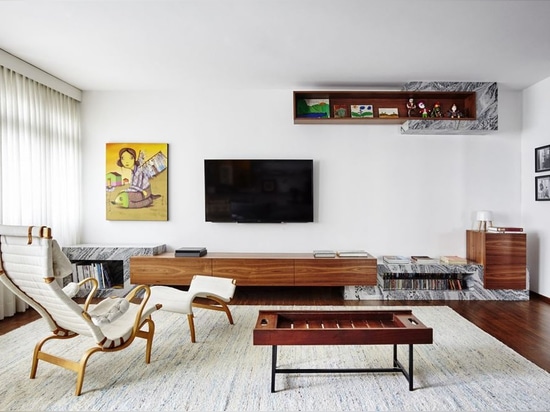