in tel aviv, US firm richard meier & partners has completed the new ‘rothschild tower’ — its first international residential high-rise and its first project in israel.

in tel aviv, US firm richard meier & partners has completed the new ‘rothschild tower’ — its first international residential high-rise and its first project in israel. the 154 meter-tall building (505 feet) features a distinctive double layer façade comprised of clear glass with a white louver screen, a treatment designed to convey a sense of lightness and transparency. at the top of the structure, an expansive ‘urban window’ frames western views of the mediterranean sea from the penthouse terraces.

located at the heart of tel aviv’s white city, a UNESCO world heritage site, the tower is surrounded by around 4,000 bauhaus-style buildings designed by german jewish architects who began immigrating to israel before the second world war. in fact, tel aviv contains the world’s largest concentration of such structures — primarily dating from 1931 to 1956 — and also hosts subsequent designs that were built in tribute to the style. ‘the great thing about the site is that it’s related to the whole city; it’s related to all of the wonderful buildings of the 1930s and to the historic buildings of rothschild boulevard,’ says richard meier.

based on the principles of walter gropius’ famed german art school, the building appears as an elegant and refined residential tower that sits lightly on a retail base. ‘the design is inspired by bauhaus principles that were based on functionality and a certain sparseness or economy of means using modern mass produced materials, and in this case a repetitive planning module,’ explain the architects. the tower’s lightness and transparency not only reduces its scale and mass, but also intends to express the city’s optimism, openness, and energy.

conceived as a veil, the building’s louver screen not only protects the delicate clear glass skin, but also encloses the tower’s open air porches. ‘the tower is deliberately lifted above the street on graceful piloti, with an undulating glass wall in deference to the importance of this important intersection of rothschild and allenby,’ says reynolds logan, design partner-in-charge. however, the ground level remains open to the surrounding streets and neighborhood. ‘the transparency and lofty openness of the ground floor lobby, garden, and retail spaces contribute to a vibrant streetscape,’ continues logan.

‘richard has been a wonderful partner to work with on multiple projects,’ adds nicolas berggruen, developer and president of berggruen holdings, the development firm behind the project. ‘in terms of concept and design, he embodies optimistic modernism. this white building in the white city is a great symbol for tel aviv, and the tower is a significant architectural contribution to the heart of the city, one of the world’s most vibrant cities. it was a true privilege to work with him.’

‘the design of the buildings in the white city made a deep impression on me when I visited israel many years ago, so to work in this context has been an aspiration of mine for a long time,’ explains richard meier. ‘it is my hope that inviting the timeless quality of this city’s light and views into an open layout for the residences, a design we haven’t seen much here, will bring together the existing elements with a fresh perspective.’

‘our current interests are part of a continuing development,’ continues richard meier, whose firm is currently working on new towers in new york, taichung, and mexico city. ‘I hope that with this design we have brought together form, space and light in a building that looks to the future but is aware of its past and embodies values of permanence and continuity. I think with this building in particular we have been able to explore the play of light with materials and facade louvers in a way that is part of this continuous investigation.’ 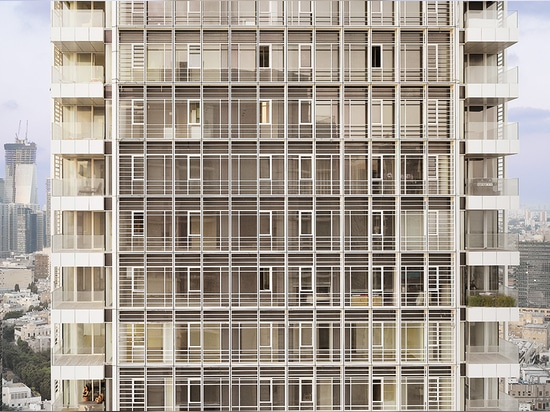 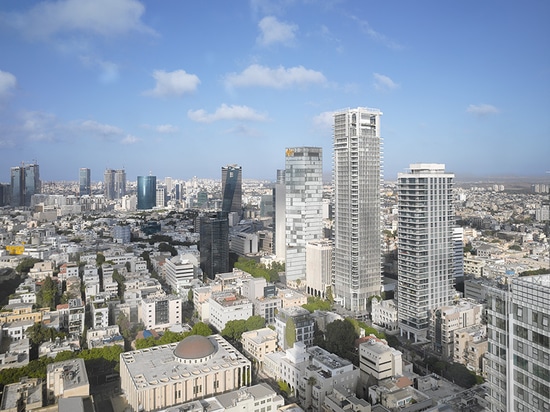 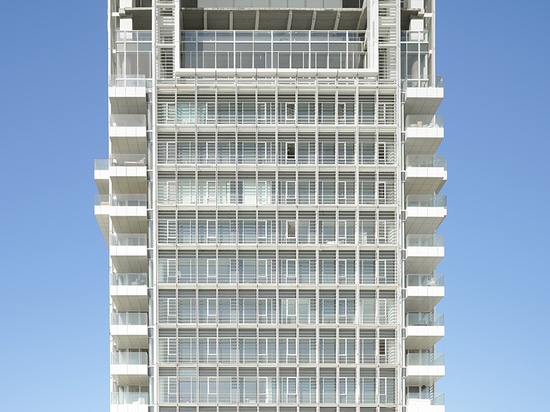 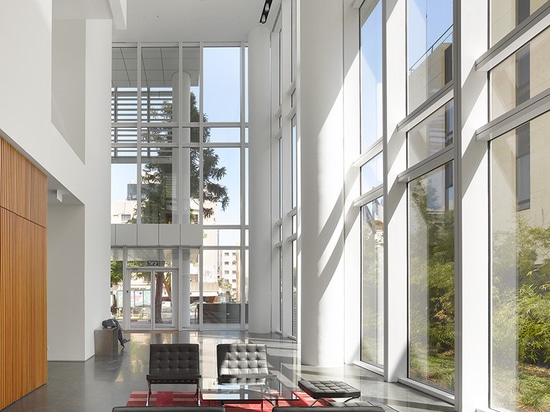 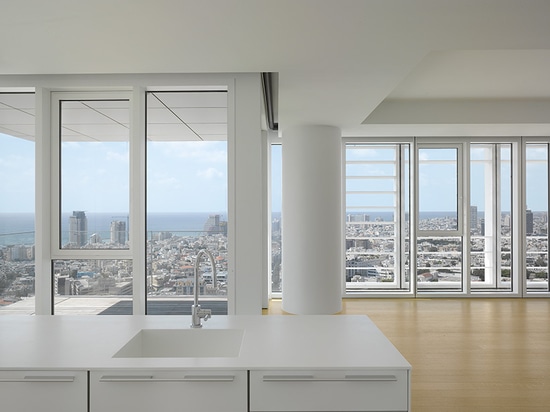