OMA has completed ‘lab city’ for the CentraleSupélec research institute in paris, the international architecture firm’s first scientific building. led by OMA’s ellen van loon and edouard pervès, the project was completed on budget and on schedule to open to students in september 2017.

OMA’s design approach for ‘lab city’ was inspired by the concept of an ‘urban grid’ wherein independent blocks housing laboratories and classrooms are placed under a structural skeleton. OMA reimagines the laboratories as a ‘collection of discrete parcels in an open plan grid’, thus creating a ‘city’ within the confines of the science center. the method allows for greater flexibility and reconfigurations of programs which promotes community, plurality and diversity within the scientific community.

as the blocks increase in height, the roof terraces and open workspaces provide students with open views of the internal atrium. the large transparent roof covers public areas of the school, allowing daylight to enter freely within the interior city space. the urban campus is intersected by a diagonal street, which extends the public route connecting the university with the surrounding campus.

‘the most exciting aspect of this project was to invent a new spatial concept for a globally leading engineering school, at a time when multiple scientific disciplines must vigorously mix and collaborate to remain competitive,’ says ellen van loon, OMA’s partner-in-charge.

CentraleSupélec was formed in 2015 after merging with école centrale paris. as one of the most prestigious french ‘grandes écoles’ specialized in engineering, the project holds an important role for the development of the new tech district of ‘joliot-curie’, whose masterplan was designed by OMA and will place the university alongside research institutes and major tech companies. 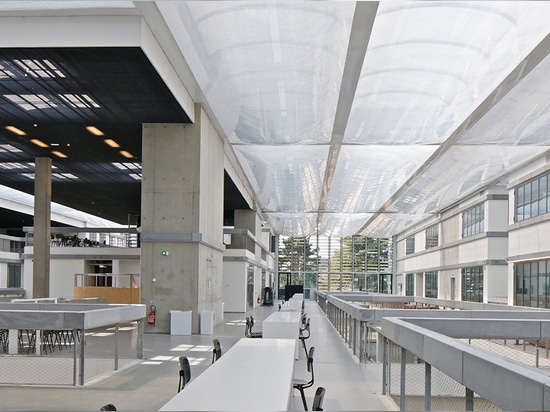 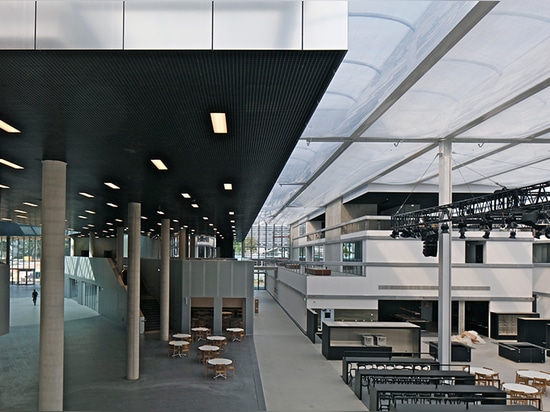 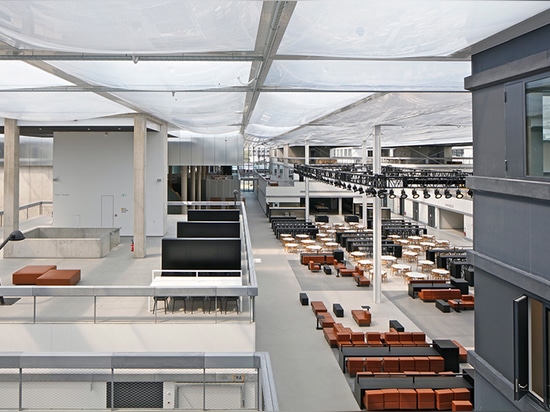