more than 60 years after the construction of the notre dame du haut, ronchamps, le corbusier’s architectural principles reappear in northern lebanon, for the development of a new church in saint rafqa’s pilgrimage area.

more than 60 years after the construction of the notre dame du haut, ronchamps, le corbusier’s architectural principles reappear in northern lebanon, for the development of a new church in saint rafqa’s pilgrimage area. embedded in the green hilly landscape at the outskirts of batroun, the project photographed by lebanese architect gioia sawaya sets itself in a metaphorical location — connecting to the existing st. rafqa site nearby.

with its massive curvilinear roof, irregular arrangement of windows, thick walls, and oblique façade, the church, placed atop of the hill, has a clear sculptural character. ‘the existing environment is not denied, but instead, a poetic language that provokes feelings of stillness and of privacy is used: a sensibility to the fact that one is discovering a sacred place. this sentimental and scenographic type of architecture allows visitors to contemplate and engage with nature. harsh textures, such as concrete, reflect frugacity, and the small proportion of the human being in relation to the scale of the built environment, creates a rough impact,’ notes gioia sawaya.

the main structure consists of thick concrete walls, big columns, and a massive concrete roof that appears to be floating above ground, resembling a big ship. the roof curves gently at its edges, and the columns are made to improve stability and provide structural strength. furthermore, the main façade is pierced by many openings of unequal sizes, where apertures and window frames are tapered in the oblique wall cavities — creating an interior with a shadowed dimness. in other words, only little light enters the inside of the church. the façade is inclined, sloping down to follow the shape of the hill, and what appears outside as a bell tower, seems to be vertically dominating.

‘organic in form and in material, no one can deny the fact that it is but a derivation and direct inspiration of le corbusier’s notre dame du haut. it features the same principles of openness, of purity, and most of all, of modernist radicality, while being located in a similar context, one of pilgrimage and of prayer’. 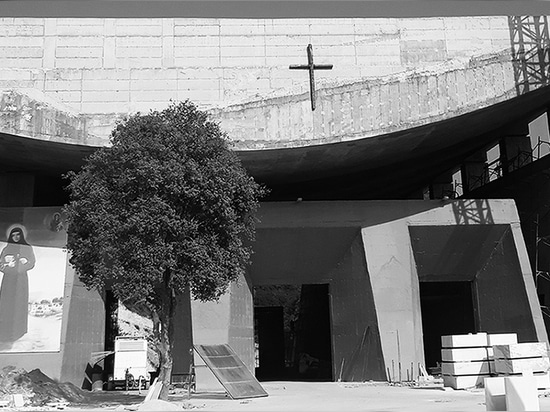 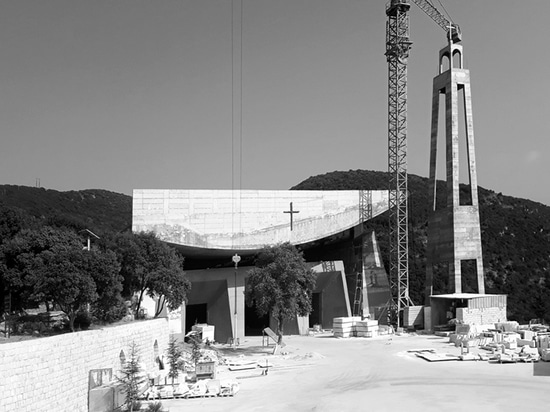 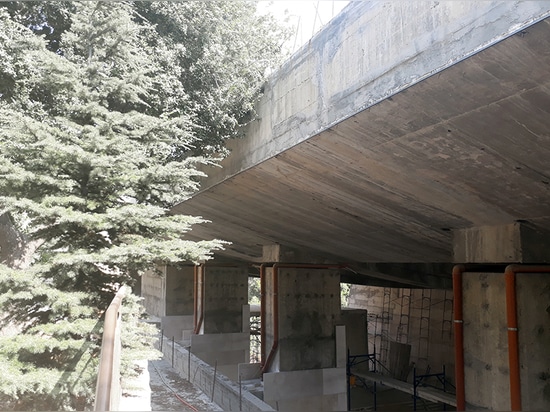 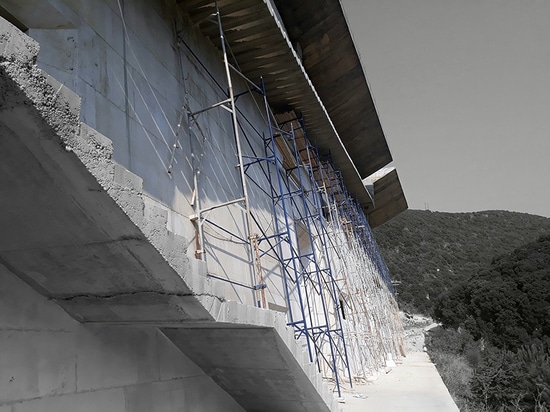