The idea inspiring this project is that of a fantasy world where everything can be “sketched”; a white tapestry that transports us into different city scenes.

White is the selected color since the toys are very colorful. We wanted the background to be neutral but impressive.

The three-dimension shop window is inspired in some narrow street of the world. It takes up the first 20 m² (215.28 sq ft) of the store with a perspective on one side wall that appears in three dimensions, creating the product display racks. Two-dimension elements such as streetlights, cars and signs complete the neighborhood’s decoration.

On the other side wall, a train arriving at a station can be found. It was thought as the place where to display the stuffed animals, which will be in charge of being the “passengers” on board.

Along the store, there were three columns of which we have taken advantage and which we have turned into trees, which are in turn racks for displaying. The trees are the only elements we left wooden colored so as they stand out with regard to the rest of the white interventions and give structure to the room. This landscape of forest finished its completion with synthetic grass patches in the floor that create paths through which you can go all over the room, and a place to exhibit the games for children.

Along all the walk, in the “sky” there are birds, clouds, planes, hot-air balloons, stars, the moon, rockets flying —everything a children always dreams about.

The counter and the cash register represent a grocery store/greengrocer’s with its 2D drawings that have been brought to life in 3D drawers.

The perspective sketched with some elements that appear in three dimensions with the same black lines is what creates that game between reality and fantasy that we were looking for.

We sought that each element we would generate in three dimensions in order to finish the completion of the idea be in turn a space for display or have a function other than merely decorative, and in that way be able to incorporate concept into functionality.

And finally, the facade responds to the same concept. We sketched a vintage facade over a white tapestry attached to the original store’s glass pane, which is the first blank page of this tale.

Architects and Designers in Charge

Year of the Project 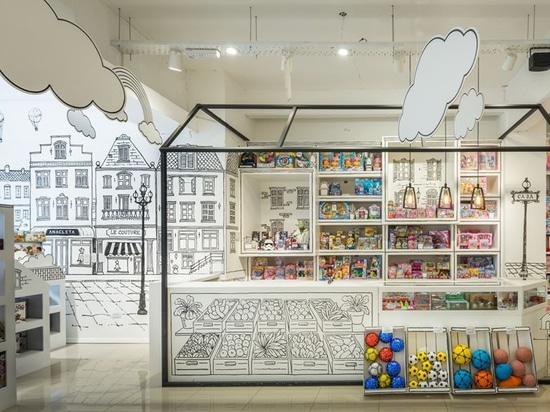 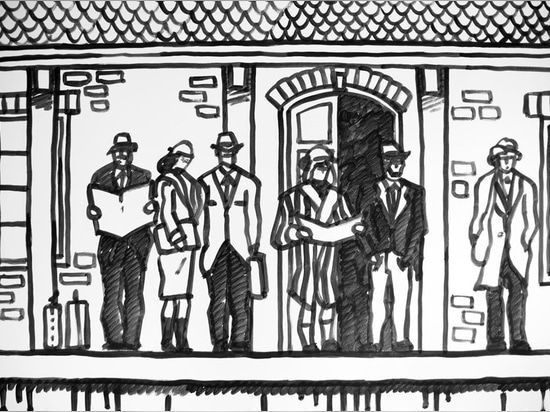 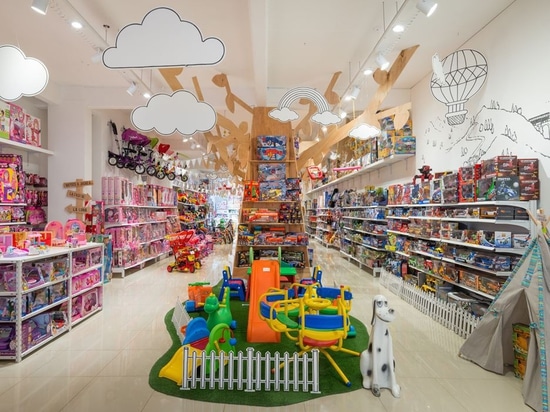 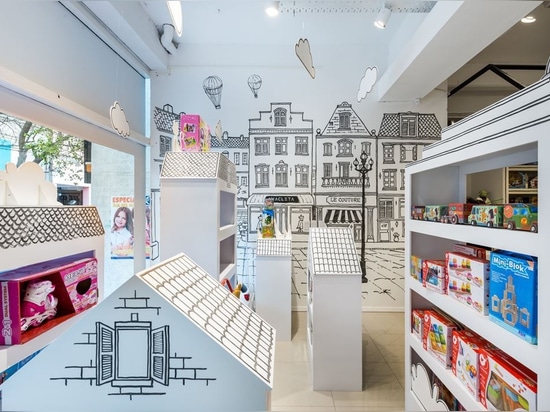