The Swiss architect narrates his building as an “urban landscape”, connecting the old town and the contemporary city.

“An architecture without qualities”: this is how Vittorio Magnago Lampugnani describes Max Dudler’s projects, by contrast with the “tangles, spirals, amoeba, compositions of shells, crystals, twisted prisms, irons and cucumbers” which colonised many cities all around the word, stemming from the seminal experience of Bilbao’s Guggenheim Museum.

In this regard, the absence of ‘qualities’ is meant in a positive sense: Dudler’s doesn’t design any iconic objects, but rather architectures that react with their context. In the case of the Heidenheim Library, the project brief – a collective facility responsible for the redevelopment of a crucial urban site ­­-resonates with his personal sensibility.The client, Heidenheim’s urban administration, cleverly defined the library’s location, between the old town and its contemporary expansion, on an esplanade reaching out to the city hall, Saint Paul’s Church and the bus station, as well as its program, turning it into an actual civic centre, hosting the municipal archives, a media centre, an event hall and a cafeteria.

In line with these premises, Dudler narrates his building as an “urban landscape” strictly connecting with its surroundings. The Heidenheim Library certainly relates to the city’s materials – its contemporary beige brickwork being a direct reference to the ancient local castle – and volumes – the diverse heights of the block hinting at the complexity of ordinary fabric in the historic centre. Still, a certain lack of spatial and visual permeability on the ground floor is somehow bewildering, as it seems to inappropriately stress the compact and fortress-like appearance of a building whose ambition is, rather, to become a meeting and sharing space. 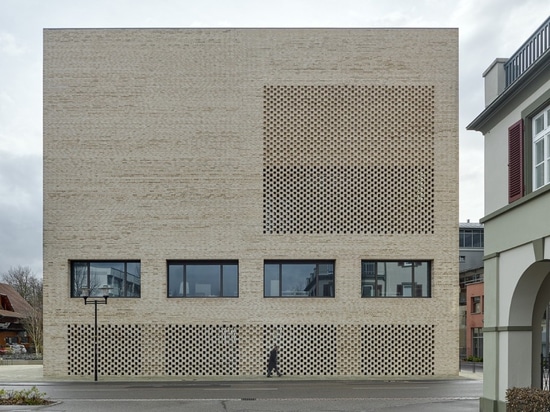 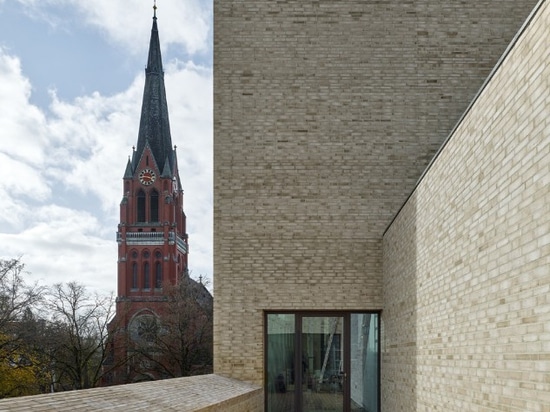 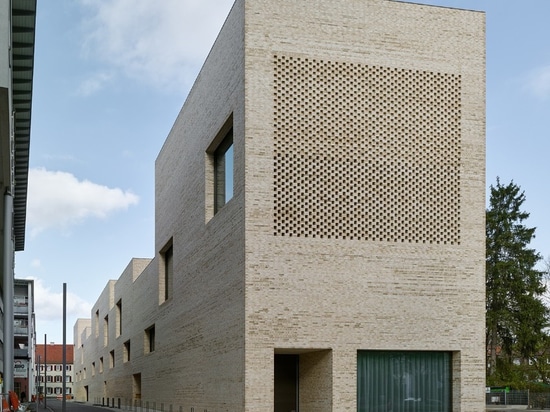 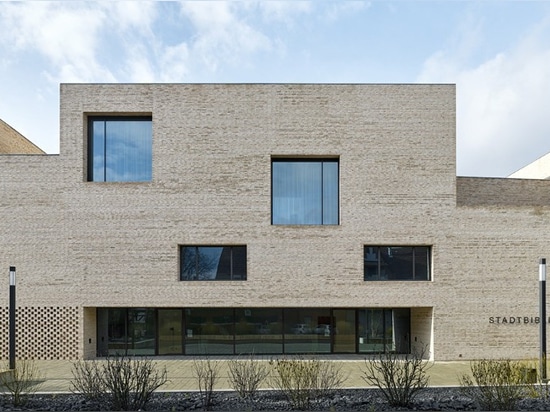 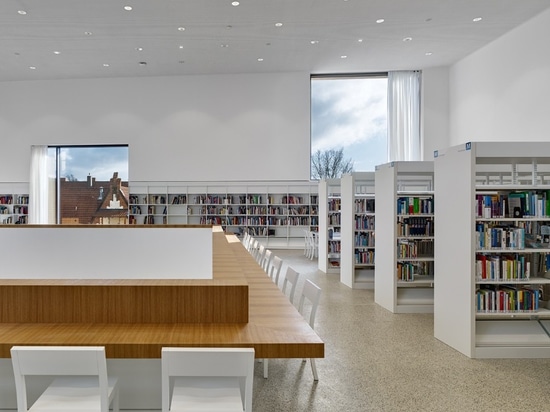 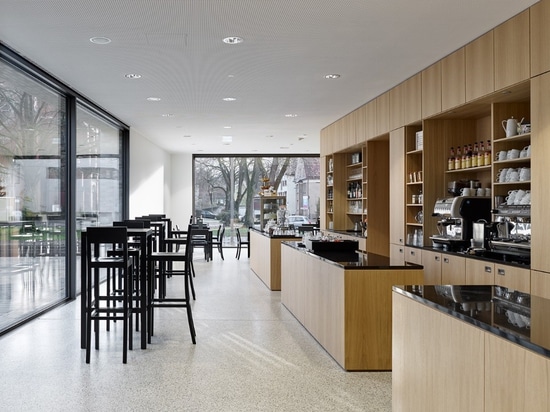