The project, dubbed “The Yard”, has just opened in the corner of a massive bayfront parking lot on the corners of 3rd Street and Terry Francois Boulevard, right around the corner from AT&T park.

The Yard project is intended as a temporary urban intervention to provide alternative uses for a portion of a massive parking lot, while also creating community in a neighborhood which is in the throes of massive redevelopment.

The Mission Bay area, wedged in between Mission Creek and South Beach, has undergone a surprising number of reinventions throughout San Francisco’s history.

Incredibly, the entire neighborhood was once an actual bay, complete with wetlands, meaning that today’s paved over parking lots and new high-rises are actually built entirely on landfill.

The area that now features food trucks, parking lots and construction materials has been dramatically altered by human habitation over the past two hundred years: Mission Bay has morphed from a place for indigenous people to collect oysters and fish, to the site of a shipbuilding industry, to a dump for debris and sand from a burgeoning downtown San Francisco, to an industrial depot and rail yard, and finally, to today’s ground zero for San Francisco’s tech-fueled real estate boom.

The Yard provides a colorful and lively contrast to its current surroundings of asphalt and concrete, tucked into a corner of a massive parking lot and bounded by superwide streets.

The pop-up village, hosted by the San Francisco Giants Development Group on the site of the future Mission Rock mixed-use development, was designed by Gehl Architects in collaboration with OpenScope. Gehl, with a focus on human-centered design and public space, wanted to create a welcoming space where different groups of city dwellers could interact.

Visitors to The Yard can expect to grab lunch from a variety of food truck and food cart vendors, ranging from coffee and ice cream to Filipino BBQ and fried chicken.

In addition to food, there’s even a “wine bus” featuring a variety of different pours to visitors.

On game days, one of the most popular tenants is sure to be San Francisco local brewery Anchor Brewing, with its large outdoor beer garden.

In addition to food and drinks, The Yard features temporary shopping experiences. North Face holds down a retail location in a bright red repurposed shipping container, and local business organization SFMADE is helping feature a rotating cast of local vendors and manufacturers in a container next door. When we visited, local purveyors Les Mechantes were on their rotation through the SFMADE space, curating a collection of clothing, jewelry and accessories made by local and sustainable designers.

The Yard also plans to hold exhibitions, performances, and other community building activities in a variety of flexible spaces built into the site.

The installation in Mission Bay has been compared to a similar “cargotecture” design, “Proxy”, located in San Francisco’s Hayes Valley neighborhood. Proxy is another mobile open space intervention featuring shipping containers, programmable public space, and local food. Originally planned as a temporary installation, Proxy has been so successful that the city, which owns the empty lot, extended its lease for several more years.

Don’t wait too long to visit – The Yard is only slated to remain open for two to three years, until construction on the Mission Rock development begins. 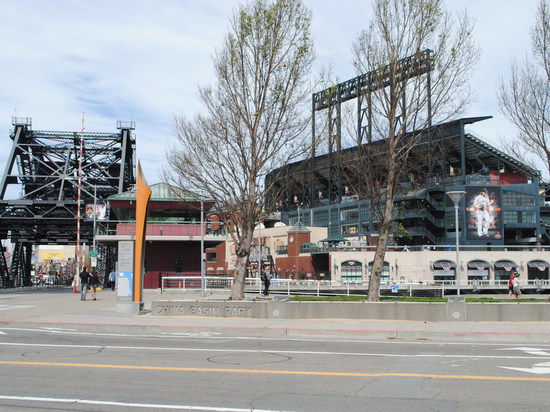 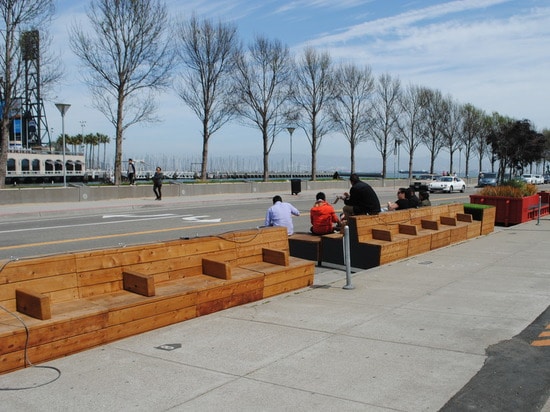 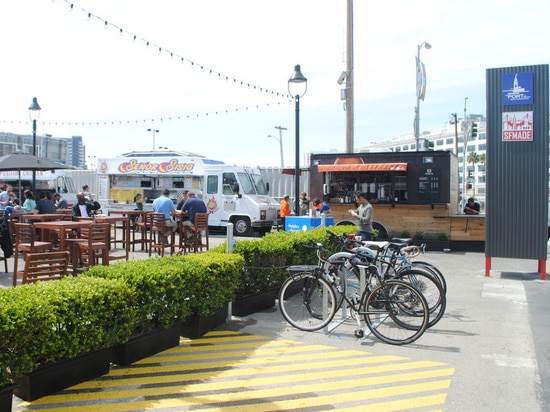 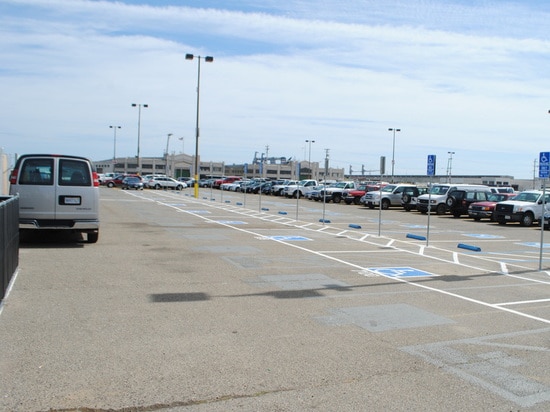