among the vineyards and rolling hills of uruguay’s sacromonte landscape, MAPA presents their sacred ‘sacromonte chapel.’ as the studio recognizes the ‘ancient intensity’ of the landscape, the chapel blends with its surroundings and amplifies the sensorial experience of nature. as it is sited on one of the highest and least obstructed areas of sacromonte, it can be seen from afar while offering a sweeping perspective from within.

MAPA offers this sacromonte chapel as their interpretation of what a sacred space in the 21st century should be. the space presents a tension between lightness and weight, presence and disappearance, nature and technology. the enigmatic nature of the project is shown through the enclosure itself, with the simple gesture of two 9 x 6 meter wooden planes which subtly rest toward each other without ultimately touching. these two planes sanctify a small portion of the landscape while respectfully denying its confinement. the interior and exterior are thus diffused to create a new spatial ambiguity.

the chapel was originally prefabricated in a factory in portugal. from there, the cross-laminated timber and steel was transported directly to be assembled on site in sacromonte in one day. simple and austere, its design assumes the challenge of conveying a powerful message using the lowest amount of resources possible. projecting through one plane of the chapel, a black metallic box seemingly floats transcendentally and breaks the symmetry. light enters the box through its outer face, a sheet of translucent onyx. within, the virgin of ‘la carrodilla’ finds shelter and protection. 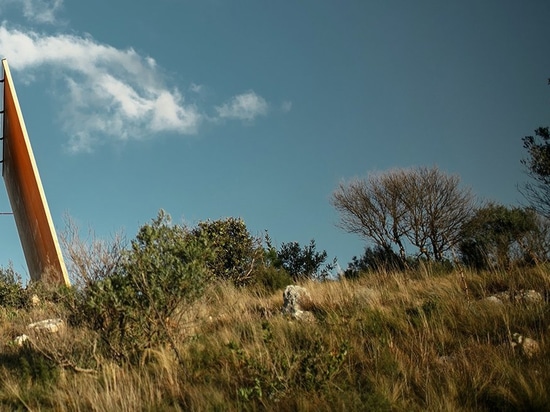 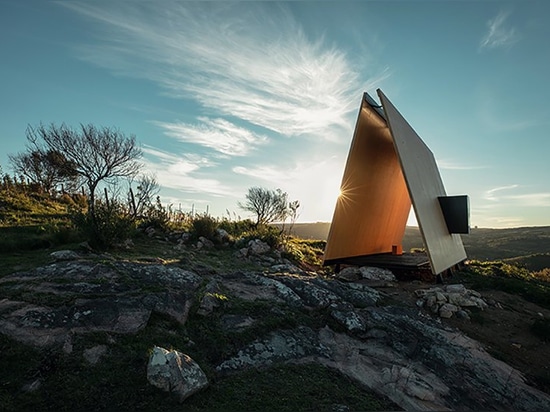 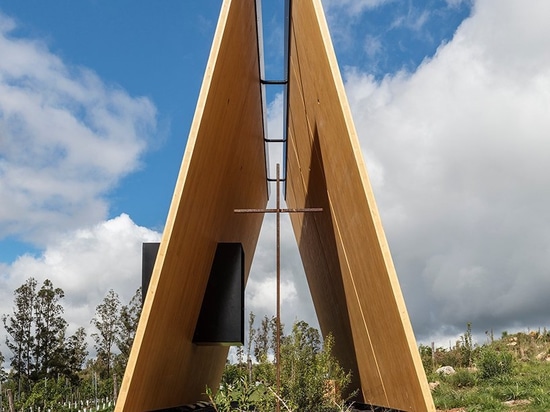 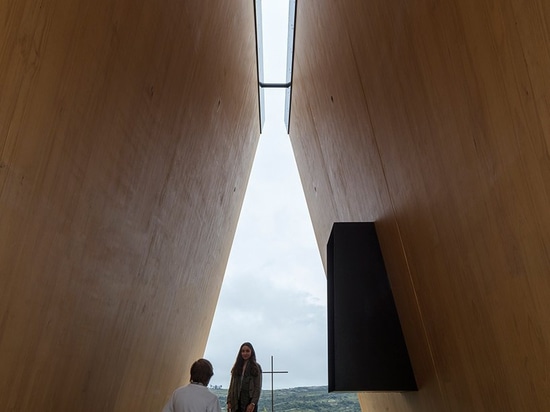 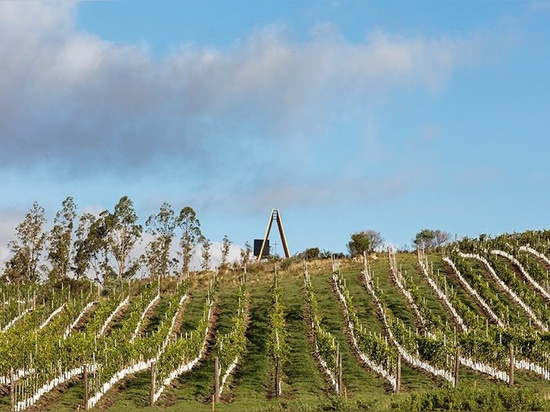 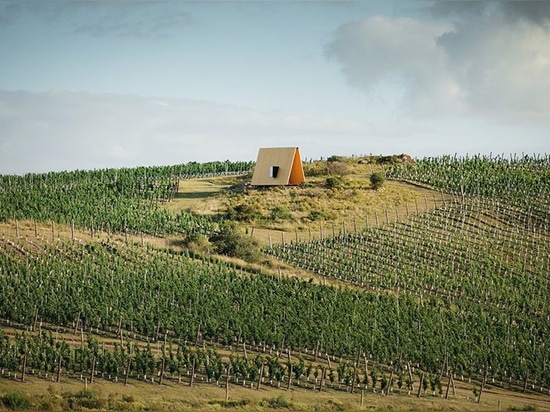 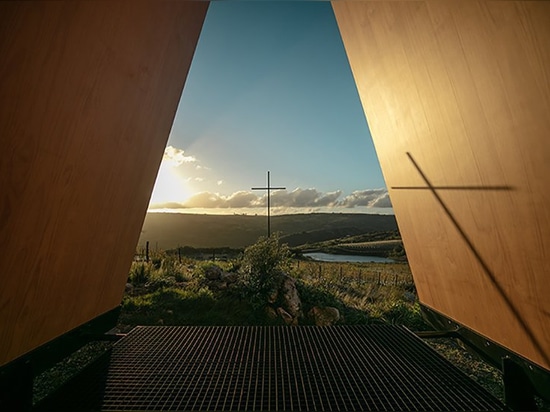