The Moscow Metro is among the main sights of Russian capital city and is known as masterpiece of engineering and architectural thought. The best architects were involved in the construction of the Metro: Ivan Fomin, Alexey Dushkin, Boris Iofan, consultants were Alexey Shchusev, Ivan Zholtovsky.

In June 2017 Moscow based Architectural bureau AI-architects won an international competition for architecture and design of a new metro station "Sheremeryevskaya", which will be built in 2020.

Anyone who had ever entered the underground transport artery of the Russian capital could appreciate the extraordinary breadth of variants of architectural-artistic appearances, the compositional integrity of the spaces of all halls and platforms, lighting design, and an impressive variety of finishing materials.

The concepts of modern stations, which are being built today in Moscow follow the logic and traditions of the Moscow metro architecture and are being designed by the new generation of Russian architects,is more focused on ergonomics, functionality and practicality for passengers and the subway workers themselves.

Architectural bureau AI-architects under the guidance of its partners and founders Ivan Kolmanok and Alexander Tomashenko won the international competition for the architectural project of the station "Sheremetyevskaya" in Moscow, and in their work they embodied the maximum of the criteria of the modern architecture and best traditions of the Moscow metro architecture. These criteria should be a guarantee that an elegant and technological project will be implemented exactly according the authors vision.

The laconic architectural concept of the Sheremetevskayastation is inspired by Russian aristocratic traditions, in particular porcelain sets and tiles, which are part of the traditional Russian culture and are known all over the world. The fact is that the station is named after the Russian nobleman Count Sheremetyev became a basis for the design code of the project and was embodied in the form and material of the finishing of load-bearing structures.

Spherical forms of pylons are emphasized by the imitation of cracked porcelain made of natural granite. The architects refused some commonly used finishing materials, for example, aluminum panels, which are easily deformed from the impacts of equipment used for operation of stations, and quickly lose aesthetic qualities. For construction was chosen local Russian granite.

Rounded forms look more friendly, and even humanely "dissect" large flows of people on the platform itself. The illuminated basement of the columns provides the better convenience for cleaning stuff. Benches are integrated into the walls leading to the escalators. The perimeter of the ground pavilion is decorated with mirrors in order to not only make the space with windows more uniform, but also slightly reduce the speed of passenger traffic before ranking toescalators, a person involuntarily slows down the step looking at his reflection. The architects of AI-architects have thought through many important design elements to make the project a more human-centered.

The ground pavilion of the station "Sheremetyevskaya" according to the technical task of the competitionhas impressive dimensions: 70 meters in length and 12 in height. And such a volume, of course, needed to be eased visually, for which also were used glass, balls-pedestals, and light colors of finishing materials.

It should be noted that AI-architects has already participated in competitions for several metro stations, and also realized the important architectural and landscape project of Borovotskaya Square in the historical center of Moscow by the walls of the Moscow Kremlin. 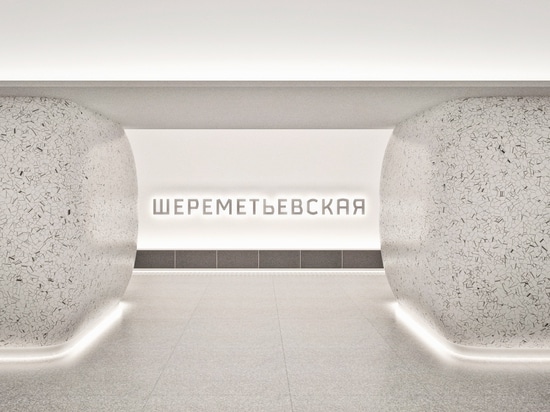 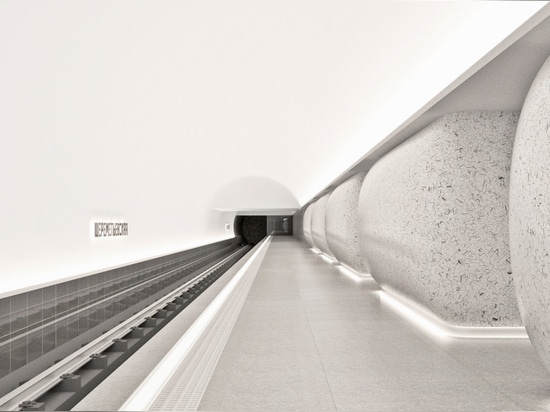 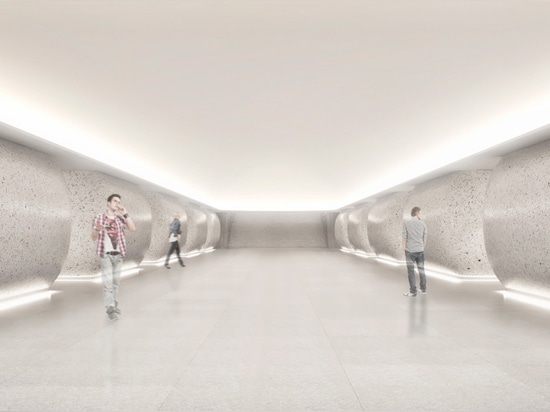 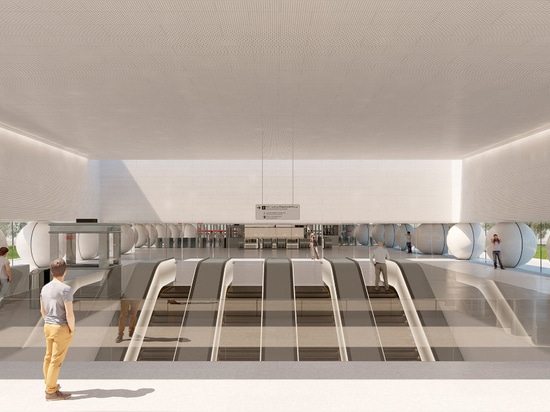 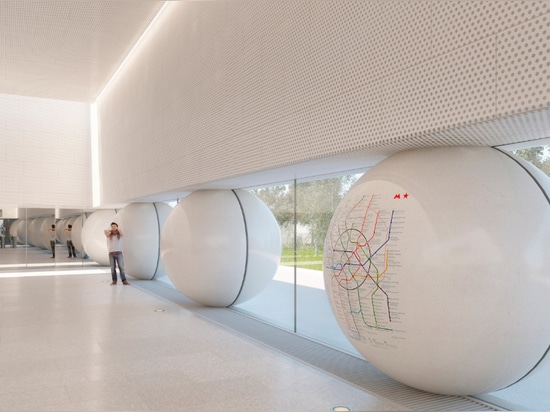