Schmidt Hammer Lassen Architects have revealed new visuals of the Shanghai East Library. In 2016, the practice won a three stage international competition to design the new public library that will sit adjacent to Century Park in the east part of the city. The project officially broke ground on Wednesday 27 September.

The 115,000m² library, located in Pudong District - the area of the city known for its iconic skyline, will sit immediately next to Century Park -the largest park in the city spread over 140 hectares. With increasing visitor numbers, the need for a new public library was imminent; the new east branch of Shanghai Library will serve 4 million visitors a year, host more than 1,200 lectures and activities as well as being home to 4.8 million books. The project is conceived as a singular monolithic object floating above the tree canopy within the park. The main library volume floats above two pavilions that will house a 1000 seat performance venue, exhibition and events space and a dedicated children's library, that will all open up towards a series of landscaped courtyards and gardens. "The Shanghai Library client had a vision for the library - the future of the library should be a space for inspiration, learning, exchange and creation. Throughout the design process we have followed the same goals and beliefs in what we felt the library should be, that we wanted to create a building that focussed on people and create spaces that are interconnected and inclusive. The aim is to create a building that feels like a second home for the citizens of Shanghai." said Chris Hardie, Partner at Schmidt Hammer Lassen. "A modern library is not only a place for the storage and lending of different materials, it is also a place to stay, to socialze and to be inspired and surprised. The answer to these changes and challenges are what we refer to as a shift from "collection to connection". Libraries are not only passive collections, but vibrant institutions connecting users with knowledge, experiences, innovation and not least their fellow citizens", he added. The library itself is organised around a grand central atrium in the form of three staggered reading rooms that open up and connect to various parts of the library and various contextual parts of the city from Century Park to the east, a new library park to the south and the city to the north and west. The library volume is carved and twisted to reflect the surrounding park and sky, and continuously clad in a facade of clear, insulated and fritted glass. The glass panels are arranged in horizontal bands of varying transparency giving the building the appearance of a striated rock with many layers. Clear glass will allow users unobstructed views of the surrounding parkland and cityscape, whilst areas of semi-transparent glass and insulated glass will control solar gain while allowing light to penetrate at high level deep into the building plan. In addition to the open market place floors, and a central atrium to discover new collections, exhibitions and events there will be a series of open reading spaces along each facade allowing patrons to connect back to their city from various points within the library space. "The design is people-oriented, open and flexible, environment-friendly and interconnected. Once completed, it will meet all peoples' demands for functions of an epoch-making public library," said Chen Chao, the curator of Shanghai Library "One reason for us to choose the design by SHL is it treats a modern library as a place for people to stay and make social interaction," said Chen. He emphasized that the new building will be a hybrid library, where readers can enjoy both paper and digital reading. It will be inclusive, intelligent and innovative with five main functions - a resource center, a knowledge exchange center, a technology experience center, a think tank and an international communication platform. The completed library is expected to be open to the public by the end of 2020. "Creating a building of this size is an enormous challenge," said Chris Hardie. "The complexity of program spaces required in a new modern library such as this goes far beyond being simply a container for physical books. As we always believe a new modern library should be, we envisage this will become a "living room" for Shanghai's citizens bringing them new learning and cultural experiences binding them closer to their own city and the world." 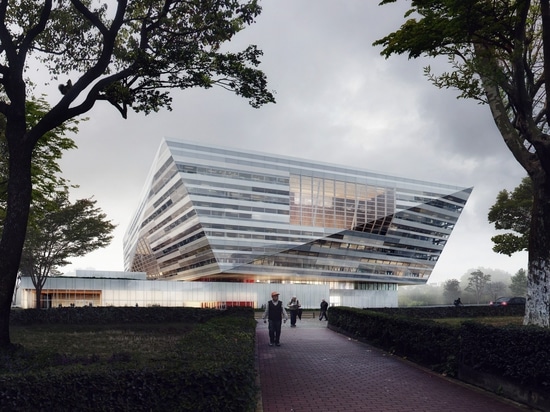 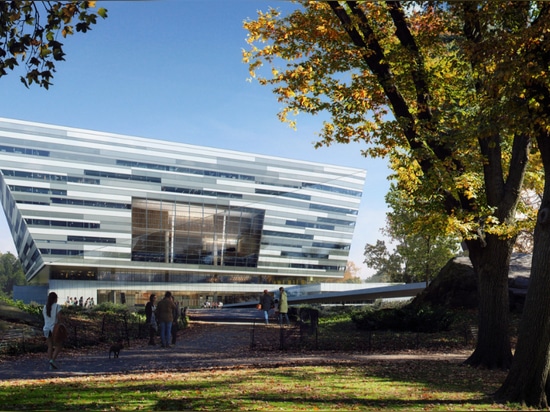 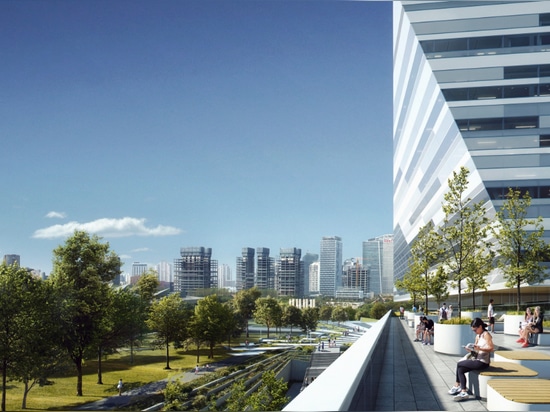 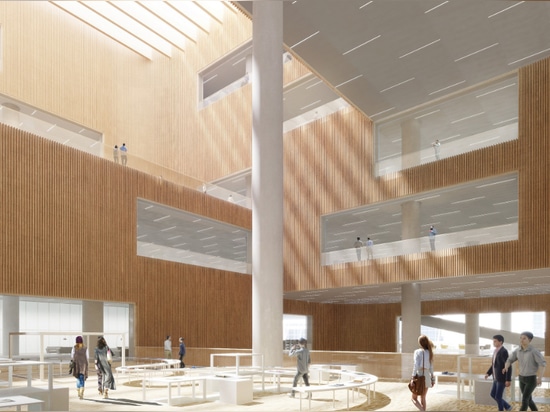 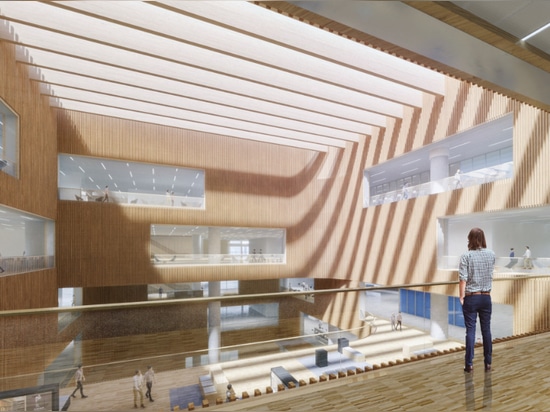