The Sculptural Symbolism of the New Church of Santiago de Antas

Standing next to the old Romanesque Church, the concrete structure seems all the more radical in respect to form, texture and colour despite its inherent simplicity, a paradox that lends the church a pious monumentality that graciously serves its holy function while allotting the building a landmark status.

Correia has taken advantage of the church’s prominent position to create a new edifice for the town based on an architectural language of symbolic significance. Elliptical in footprint, the building’s form was derived by combining the round shape of the Holy Chalice with the proportions of the Latin cross, while the interlocking rings that mark its exterior allude to the crown of thorns that Jesus was forced to wear during the crucifixion. Featuring very few visible openings tucked away behind the encircling rings, the white concrete volume is marked by the oversized black entrance doors whose crucifix likeness is the building's only religious marking.

The all-white palette of the exterior is picked up inside, the only exception being the wooden floors and the bespoke wooden seating that can accommodate 500 congregants. Gently enveloped by curving walls and softly illuminated by hidden skylights during the day and concealed lighting at night, the nave is a serene space for prayer and reflection. This sense is further enhanced by the mesmerizing altarpiece, a glazed mosaic of white pottery pieces interlaced with gold and silver leafs that depicts St. James and Our Lady of Conception, in front of which, the minimally designed crucifix evocatively mirrors the cross-like incision of the entrance doors, albeit in white instead of black.

The duality of the white and black crucifixes is a gesture of poetic symmetry as are the white and red marble lines that the architect has embedded in the wooden floor. Running in parallel along the building’s longitudinal axis, the lines connect the altar with the exterior while crossing paths twice. The white line symbolizes the river Jordan where Christ was baptized and is therefore also linked to the church’s baptismal font, whereas the red line is symbolic of the blood coming from the sword of St. James and extends to the pulpit where the scriptures are read from.

With five additional spaces on the basement level serving the local community, including an events space with 200 seating capacity, the New Church of Santiago de Antas has fast become an integral part of both the town’s landscape and its people’s lives. 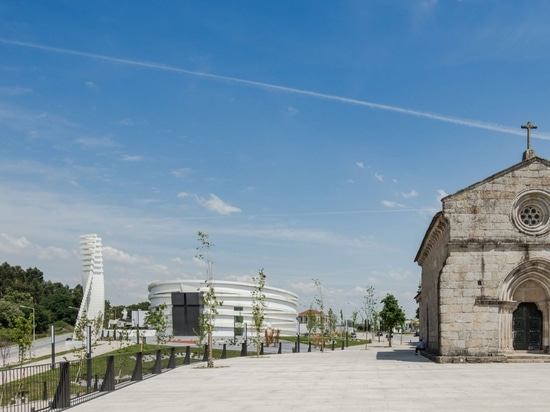 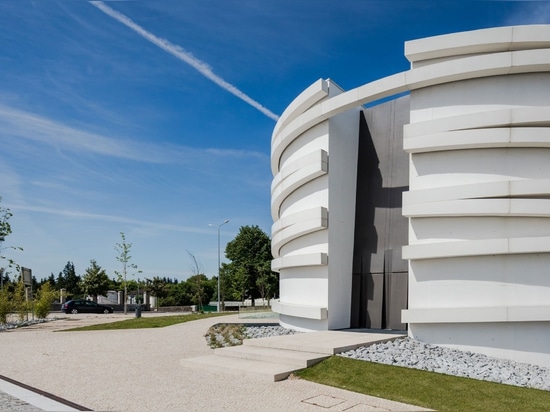 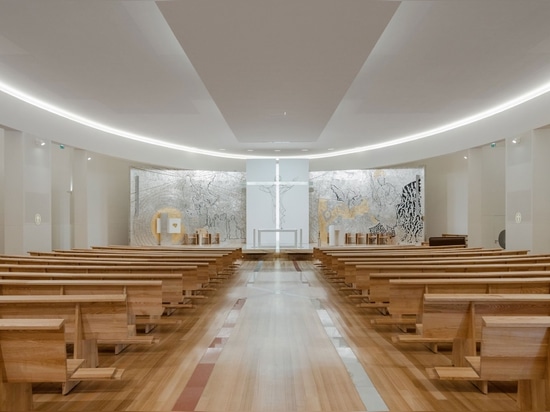 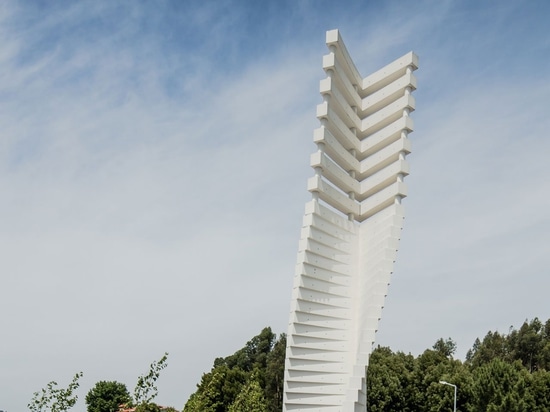