Upon integrating Blue Bottle Coffee –– coming from America's West Coast culture –– with the machiya (traditional townhouse) located along the approach way to Nanzenji Temple in Kyoto, we continued to focus on our design concept for all of the Blue Bottle Coffee shops we designed, which is to "create equal relationships" throughout the space.

The existing floor, raised 50cm above the ground conforming to a characteristic style of traditional Japanese architecture, was demolished to make a new floor level with the ground. In order to visually continue the pebbled ground into the interior, terrazzo containing the same type of pebbles as the ground was used to finish the floor. The floor inside the counter is also level with the customer area to maintain the same eye level between customers and staff following the same concept as the other shops, while integrating Japanese and American cultures at the same time.

The terrazzo floor not only serves as a floor but also elevates itself in some places to form counters and benches. The continuous white floor is stripped of all unnecessary things and the structure is stripped of existing finishes to expose the original roof structure and clay walls, and one can see traces of its100-year old history throughout the large, medium and small spaces in the structure originally composed of two separate buildings.

The machiya was originally composed of two buildings, which were respectively renovated into a cafe building and MD building this time. The second floor space accommodates the office, where all unnecessary walls are removed and is covered with glass to maintain visual connections between the lower and upper floors. 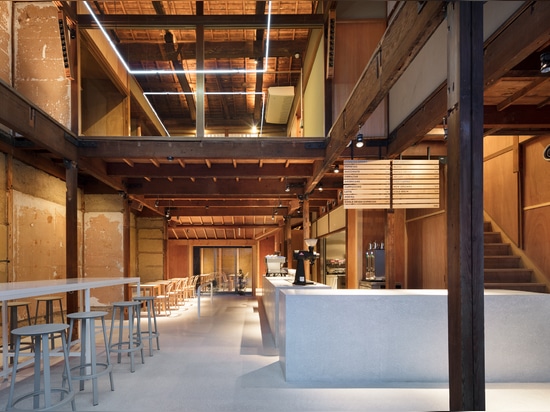 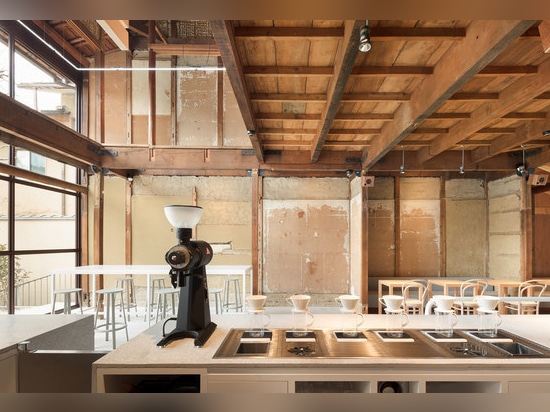 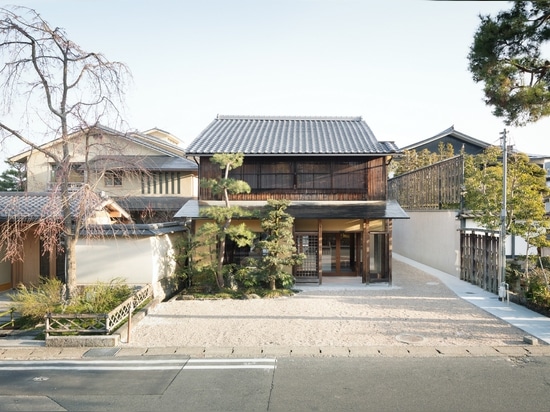 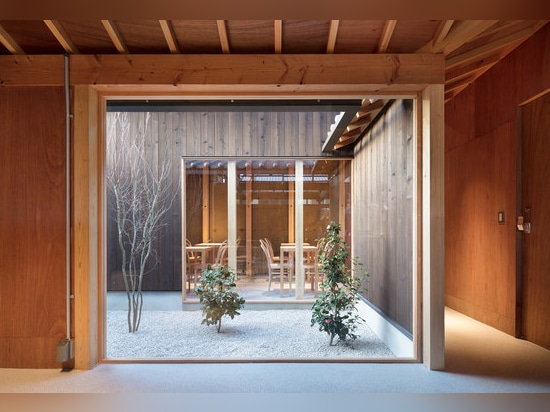 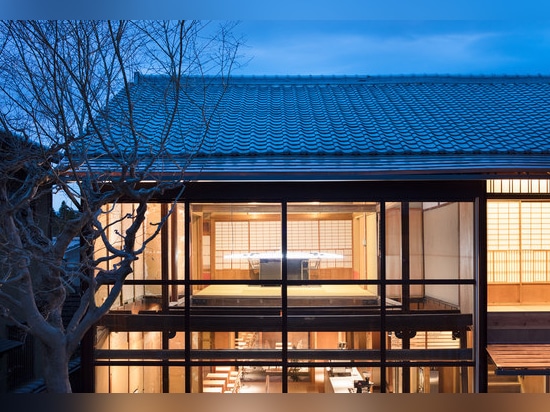